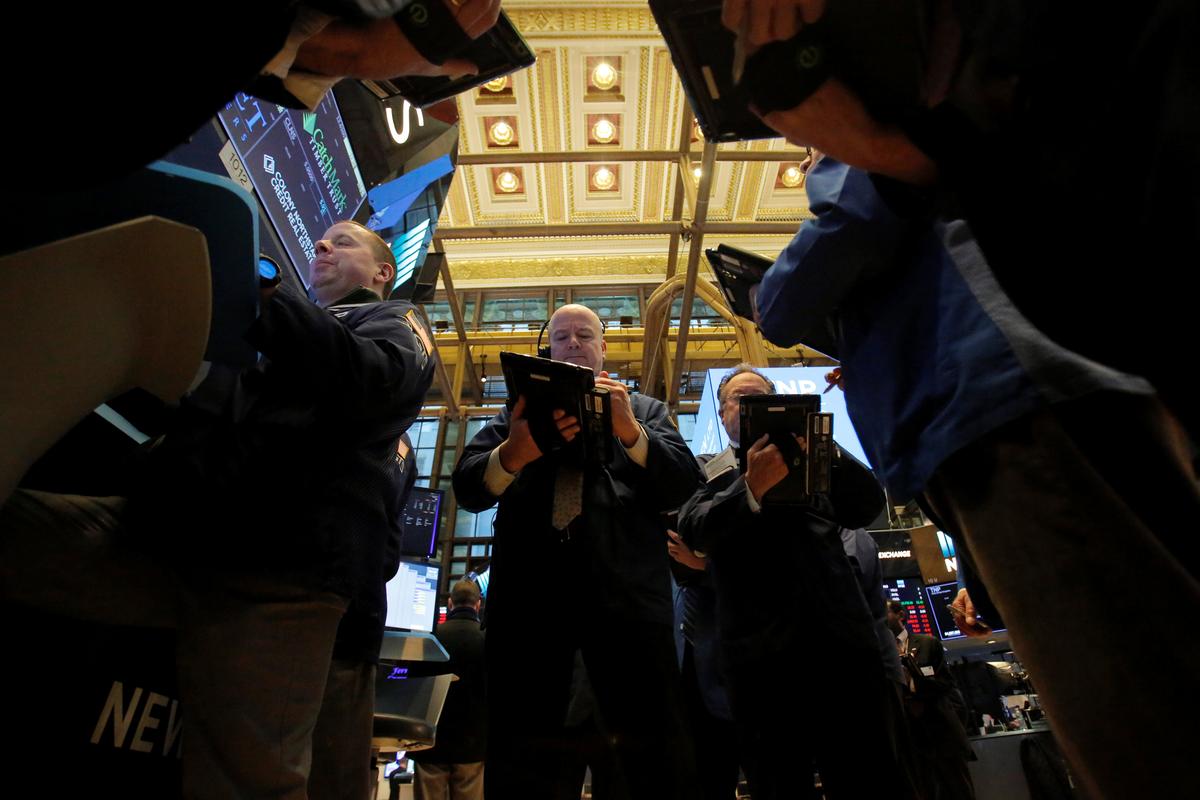 NEW YORK (Reuters) – Volatility in U.S. equity markets this year is pushing investors not only to invest in stocks abroad, but also to commit their money to an even more foreign place: the hands of stockpickers rather than index funds.

A near decade of gains in U.S. stock prices has left investors on edge about the prospect that anything could end the party, including the prospect of interest rate rises under new Federal Reserve Chairman Jerome Powell or a misstep by one of the market’s darlings.

For instance, the 9.2 percent two-day slide of Facebook Inc (FB.O) earlier this week, which wiped out $50 billion in its market capitalization, underscored the risks to market leaders in the technology sector after the social media company faced questions from regulators and politicians about how its users’ personal data was mined by a political consultancy hired by Donald Trump’s presidential campaign.

Josh Shores, principal at Southeastern Asset Management Inc, said the time is ripe to look outside the United States as valuations are more attractive overseas relative to their risks.

“At the end of an almost 10-year bull up-cycle where the U.S, and growth and passive have really dominated,” he said, “we feel good about being positioned the other way from here.”

Stockpickers focused on investment abroad have been huge beneficiaries of new investor cash as many have beaten their benchmarks. Those funds are on course to post their second straight year of inflows even as their U.S. counterparts face the sting of investor flight to lower-cost index funds.

Actively managed non-U.S. stock funds have already attracted $19.4 billion in 2018, far surpassing outflows at the same time last year, and nearing the $23.5 billion total for all of 2017, according to Thomson Reuters’ Lipper research unit.

Their passively managed rivals have taken in $45.6 billion so far this year, through February.

The volatile start to 2018 for U.S. stock prices is giving investors all the more reason to defang portfolios heavily weighted toward technology giants. Facebook accounts for about 2.0 percent of an S&P 500 index .SPX fund’s return. “Tech is not a heavy benchmark constituent in our part of the world,” said Thomas Melendez, manager of the $11 billion MFS International Diversification Fund (MDIDX.O), whose performance has bested most rivals over the last decade, according to Lipper.

More cash to manage would be a boon to investors including Fabio Paolini, a portfolio manager on the AMG Managers Pictet International Fund (APCTX.O), which has turned in stronger performance than its peers and index over the past three years. Pictet Asset Management SA manages $197 billion.

Paolini and other investors focused outside the United States see places where they can put the cash to work with bargain-priced, all-weather companies that will grow even if the economy stalls.

“We see opportunities – a little bit everywhere,” said Paolini. The company took a stake, for instance, in Safran SA (SAF.PA), the Parisian aircraft engine company that he said enjoys a near-monopoly position in its market.

Southeastern, with $18 billion under management, has built up a stake in London-based Hikma Pharmaceuticals PLC (HIK.L) in recent months, as other asset managers have ditched stocks in the region.

That stock’s true value has been clouded by investors’ pessimistic view on both generic drugs and the United Kingdom’s negotiations to exit the European Union, but the drug company has valuable business units including injectable drugs, said Shores.

More than four in ten fund managers surveyed by Bank of America Corp are holding less stock in Britain than their benchmark, an all-time high.

Many of the active international funds are taking big bets on small groups of stocks, hoping that they will end up with far better gains than index funds whose performance is diluted by hundreds of holdings.

The Prudential Jennison Global Opportunities Fund (PRJAX.O) has fewer than 40 holdings, with top positions like Tencent Holdings Ltd (0700.HK) taking up nearly 6.0 percent of the portfolio.

One of the portfolio managers, Thomas Davis, said he has high conviction in the Chinese technology giant’s prospects. The company on Wednesday reported quarterly revenue that fell short of estimates but its profits were up 98 percent compared to the year prior.

“You have Facebook, Opentable, Uber, Airbnb, some basic financial services all embedded within the Tencent WeChat app,” said Davis, noting that the company offers many functions in one place.