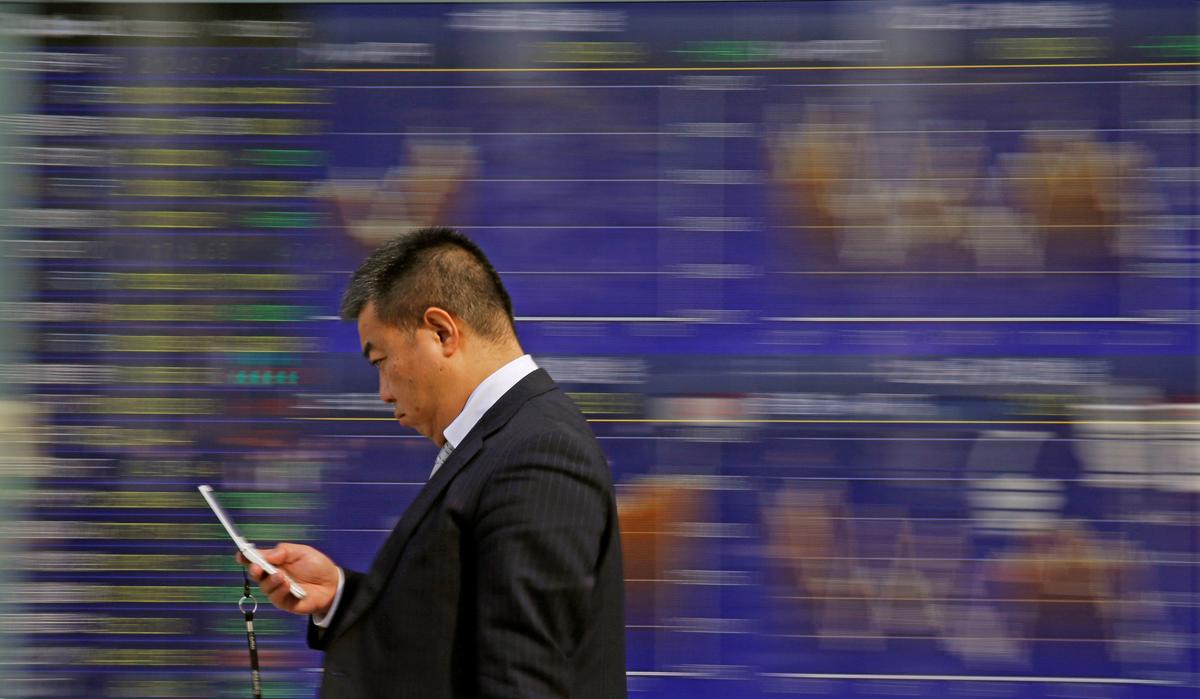 LONDON (Reuters) – A six-day rebound in world stocks began to splutter on Tuesday, as bond market borrowing costs regained traction and the dollar kicked firmly away from a three-year low.

The dollar [.DXY] meanwhile continued its rebound from three-year lows, having recovered 1.5 percent since Friday on the view that the U.S. currency was due a correction after a brutal sell-off in recent weeks. [/FRX]

U.S. Treasury 10-year yields – the benchmark for global borrowing costs – were also on the up again and approaching 3 percent for the first time in four years. [GVD/EUR]

“I‘m not sure whether this (early February sell-off) was the dip to buy, there will probably be a relapse and then another relapse, before maybe around mid-summer stocks make another run up.”

European bond yields pushed up too, with traders also working through the options of who could succeed Mario Draghi as European Central Bank chief next year after Spain’s economy minister was nominated for the bank’s number two job.[GVD/EUR]

One of other recent catalysts for the recent market disturbances, the VIX volatility index – Wall Street’s “fear gauge” – was moving higher again as well, although at just over 20 percent in early European trading it was still well below early February’s peak of above 50.

The dollar’s rebound also meant most emerging market currencies were under pressure. [EMRG/FRX]

South Africa’s rand and Turkey’s lira both gave back more of their recent gains, while growing concerns about an alleged fraud at India’s second-largest state-run bank sent the rupee skidding to a near three-month low.

“Punjab National Bank will need to provide for at least a substantial portion of the exposure. As a result, the bank’s profitability will likely come under pressure,” rating agency Moody’s said as it put it on a downgrade warning.

In commodity markets, Oil prices were mixed, with reduced flows from Canada pushing up U.S. crude while Brent sagged $65.45 per barrel on the back of weaker Asian stocks and the dollar’s bounce. [O/R]

Spot gold slipped 0.4 percent to 1,341.06 an ounce, also corseted by the dollar’s bounce, while industrial metals including copper drifted lower for a second day in a thinner-than-usual trading due to new year holidays in China. [MET/L]