NEW YORK (Reuters) – Global stock indexes ended with mostly slight losses on Wednesday after U.S. Trade Representative Robert Lighthizer said it was too early to predict an outcome in U.S.-China trade talks, although a jump in oil prices lifted shares of energy companies.

Lighthizer also told a congressional hearing that U.S. issues with China were “too serious” to be resolved with promises from Beijing.

Hopes for a resolution of the trade conflict had bolstered stock markets in recent sessions. U.S. President Donald Trump said on Sunday he would delay a self-imposed March 1 deadline to raise tariffs on Chinese imports after “productive” trade talks.

“The general consensus is talks are progressing but it may not be full speed ahead,” said Bucky Hellwig, senior vice president at BB&T Wealth Management in Birmingham, Alabama.

The safe-haven dollar rose from a three-week low as investors grew cautious about U.S. trade talks with China. Investors also were absorbing comments from Federal Reserve Chairman Jerome Powell, who spoke for a second day before the U.S. Congress. Powell has emphasized patience on raising U.S. interest rates.

Oil prices rallied after an unexpected decline in U.S. crude inventories and after Saudi Arabia appeared undaunted by pressure from Trump on OPEC to prevent steeper price rises.

The pan-European STOXX 600 index lost 0.28 percent and MSCI’s gauge of stocks across the globe shed 0.02 percent.

The dollar index, which tracks the greenback against six major currencies, rose 0.15 percent, with the euro down 0.13 percent to $1.137.

Also on Wednesday, Trump’s former lawyer Michael Cohen called the president a “conman” but said he had no direct evidence Trump colluded with Moscow to bolster his White House campaign ahead of the 2016 election.

Brian Belski, chief investment strategist at BMO Capital Markets in New York, said the market recovered when investors realized there would not be “some kind of bombshell out of Cohen’s testimony.”

Investors also were on alert as tensions flared between nuclear-armed neighbors India and Pakistan and as the second U.S.-North Korean nuclear summit kicked off. 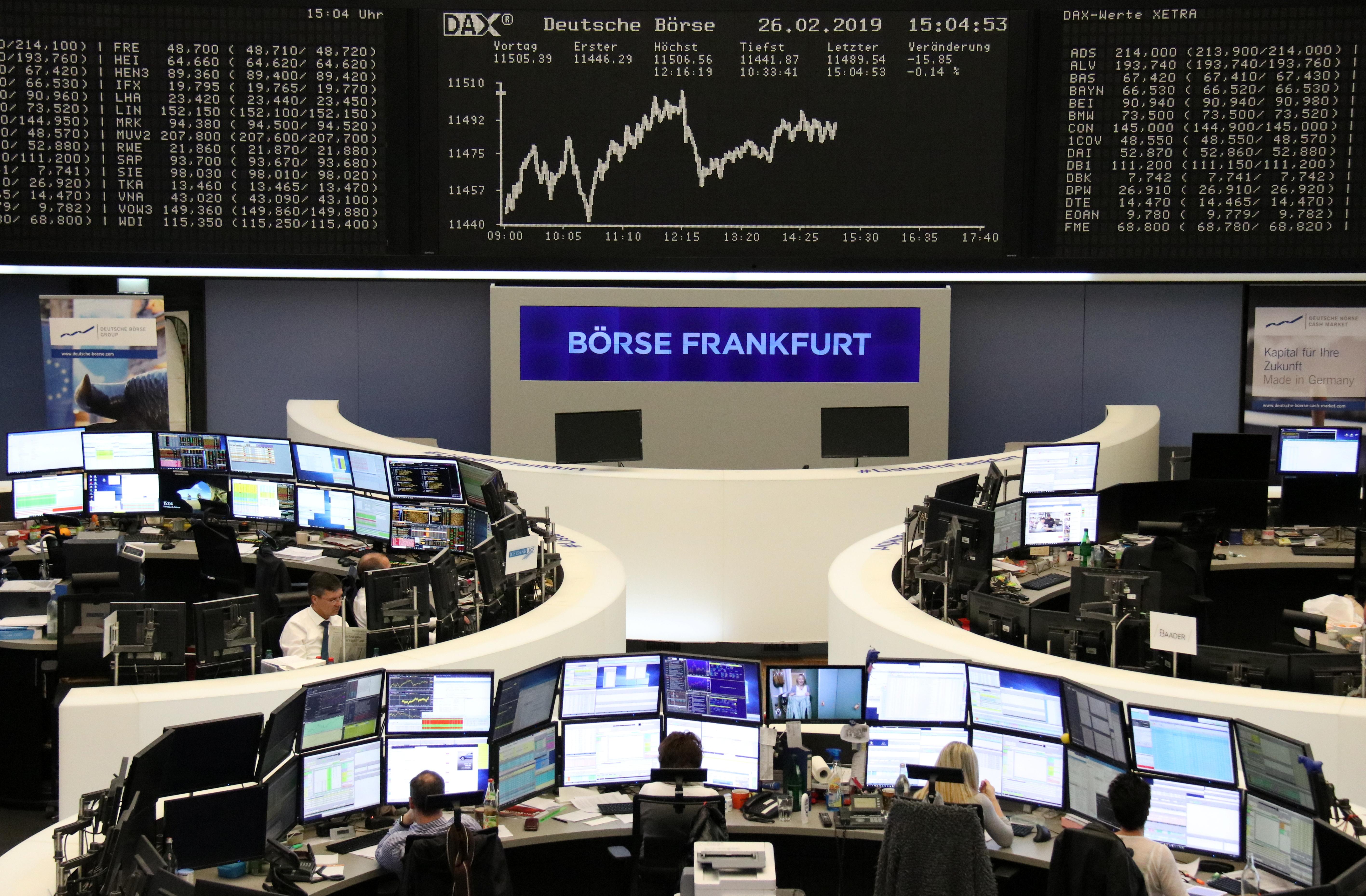 In London, Prime Minister Theresa May won a two-week reprieve from British lawmakers, who postponed a threatened rebellion aimed at blocking a no-deal Brexit after she agreed to a possible delay to Britain’s departure from the European Union.