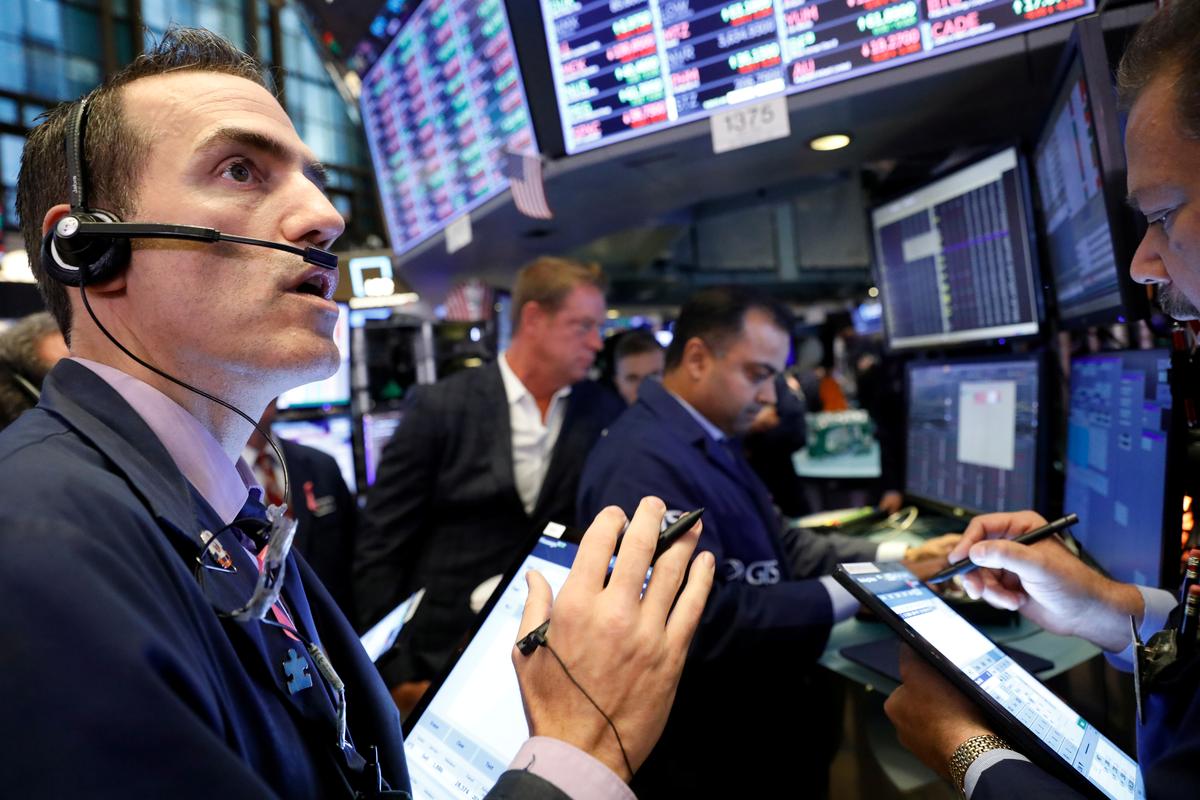 The drop in the closely watched Institute for Supply Management’s non-manufacturing activity index boosted fears that the U.S.-China trade war could push the global economy into a recession.

“The degradation of the data, especially the non-manufacturing data, kind of pushes that to the Fed doing another cut,” said Kim Forrest, chief investment officer at Bokeh Capital Partners in Pittsburgh. “This is very familiar to the post-2008 world where we get bad news and the market rallies because we are anticipating a rate cut.”

MSCI’s gauge of stocks across the globe .MIWD00000PUS gained 0.39%, following broad declines in Europe as investors priced in new U.S. tariffs that are set to be imposed on $7.5 billion of European goods. [nL5N26N26O]

Washington will enact 10% tariffs on Airbus (AIR.PA) planes and 25% duties on French wine, Scotch and Irish whiskies and cheese from across the continent as punishment for EU subsidies to Airbus.

Each index had been slightly positive before the ISM data was released shortly after the market opened and fell more than 1% before recovering their losses.

Fears of an economic slowdown helped push investors into the perceived safety of bonds. Benchmark 10-year U.S. Treasury notes US10YT=RR last rose 18/32 in price to yield 1.5359%, from 1.597% late on Wednesday.

“The big question for a lot of folks is whether this is the third slowdown since the financial crisis or are we now heading for a global recession?” said Anujeet Sareen, a fixed income portfolio manager and global macro strategist for Brandywine Global. He said his base case scenario was for a slowdown, and added that the unpredictability of U.S. President Donald Trump was a complicating factor.

“The wild card in the pack is always Donald Trump and whatever he tweets next.”

“Risk aversion is broadly on the rise and that has been triggered by the weakness in U.S. manufacturing ISM data earlier this week,” said Manuel Oliveri, an FX strategist at Credit Agricole in London.

“The outperformance of the U.S. economy compared to other major economies has held the dollar and other risky assets up but that has changed this week.”

Bets on a rate cut could rise further if a U.S. non-farm payrolls report on Friday shows weakness in the labor market.