HONG KONG (Reuters) – Global luxury brands from Prada (1913.HK) to LVMH (LVMH.PA) are investing in China for the first time since a crackdown on conspicuous spending five years ago, focusing on smaller, less developed cities even as the world’s second-largest economy slows.

Increasing spend by cash-rich Chinese millennials, largely unhindered by a crackdown on corruption and extravagant spending, is prompting brands to revamp some stores and open new ones in second- and third-tier cities where luxury spending is growing faster.

The youngsters, who account for around 30 percent of the sector’s China sales, are a demographic less sensitive to wider economic factors, executives said.

“There is the emergence in China of a very strong upper class or upper middle class,” Jean-Paul Agon, Chairman and CEO of cosmetics group L’Oreal (OREP.PA) said on a call with analysts.

“And the difference is that now millennials from this middle and middle upper class are absolutely not hesitant to buy luxury brands.”

Often single children armed with family money, the 20-34 year-old demographic started buying luxury brands at a young age and purchases more frequently, splurging on everything from jewelry and fashion, to cosmetics and handbags, industry experts say.

Many millennials are also choosing to remain in the country’s outlying provinces, shunning more expensive, larger cities such as Beijing and Shanghai, thanks to rapid industrialization and urbanization.

“Where the spend is? It is the post-90s, the young generation – definitely a young generation that spends money on luxury,” said Shanghai-based Daniel Zipser, senior partner at McKinsey & Co. 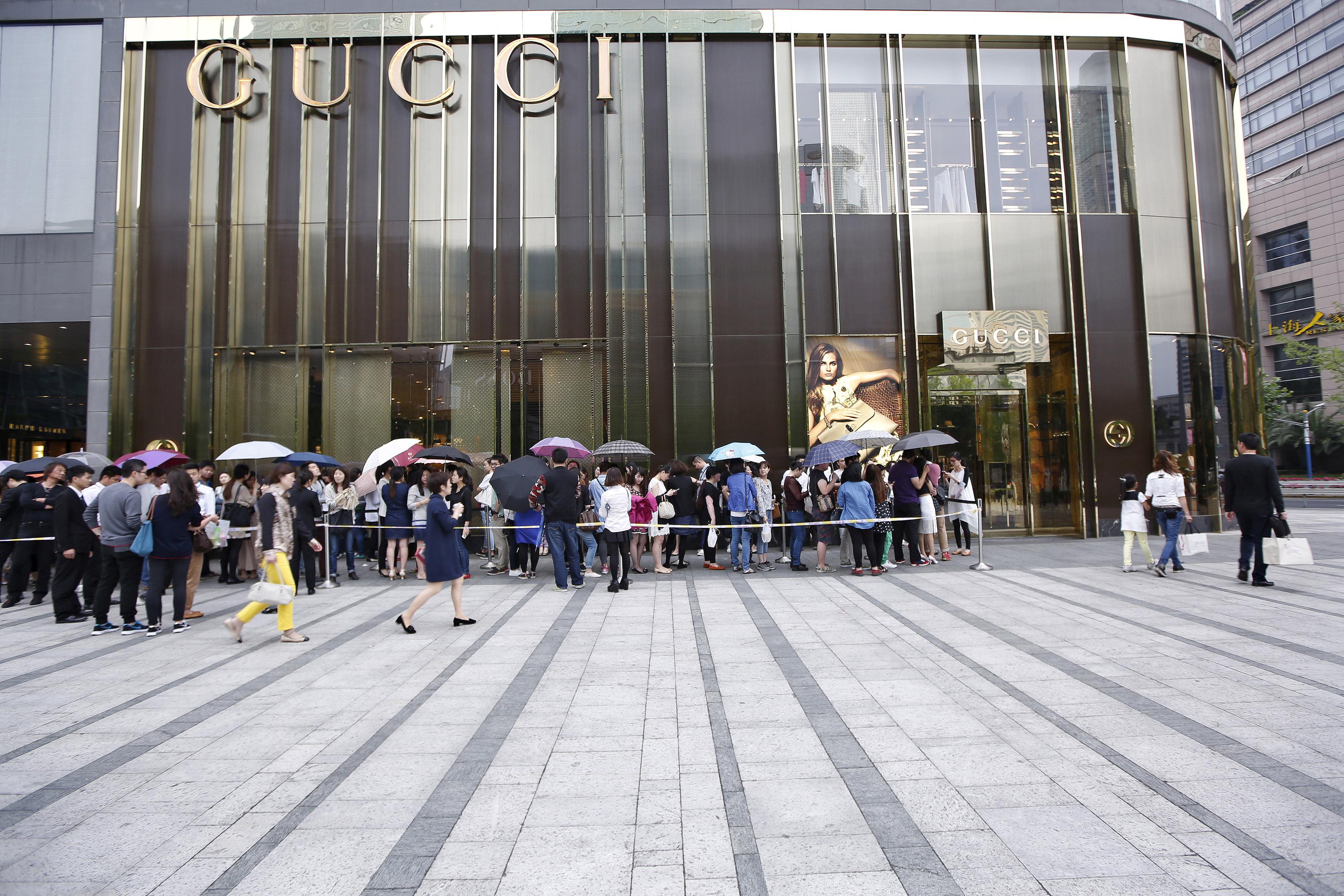 Revenue growth in China’s luxury segment was around 15-20 percent for the first half of the year, Zipser added.

Brands including Kering’s (PRTP.PA) Gucci to Britain’s Burberry (BRBY.L) and French luxury handbag maker Hermes (HRMS.PA) all reported resilient appetite from Chinese shoppers in the second quarter even as escalating China-U.S. trade tensions cast a pall over the broader economy.

The share of luxury purchases made in China is rapidly increasing, several executives said, spurred by price cuts from top brands after authorities reduced import duties on some goods and made it harder to buy products from overseas websites and vendors. A strong euro at the start of 2018 also put off tourists from spending in Europe, executives said.

Prices of luxury goods in China, previously significantly higher than in Europe and the United States, have been gradually falling. Taxes have also been lowered by 7-17 percent, allowing firms to cut prices.

Italian luxury outerwear maker Moncler (MONC.MI) has reduced its prices in China by 3.5 percent on average since July, while Gucci, Louis Vuitton and Hermes have also cut prices.

“When I compare it with the United States the price difference between brands is not that large,” said Sunny Deng, 28, who studies in America but was on holiday in Shanghai. “Sometimes it’s even cheaper here.”

Prada, which reported strong half-year earnings bolstered by Chinese consumers, opened seven stores this year in Xi’an, home of China’s Terracotta Army in the northwest. Three were for the Prada label, two for its Miu Miu brand and two for Church’s.

Even so, luxury firms are wary of demand softening in the second half of the year as a trade row between China and the United States escalates.

“It would be unwise not to make some allowances for the uncertain political and macroenvironment,” Jean-Francois Palus, Kering group managing director, said in July. LVMH chief financial officer Jean Jacques Guiony, on a call with analysts in July, also warned of potential risks from increased global tariffs.

“Although the luxury industry is not in the front line on this, such a risk would certainly bare some negative consequences for us,” he said.

Brands have also been putting increasing emphasis on their digital offerings to court China’s online shoppers.

Louis Vuitton and Gucci both launched Chinese e-commerce sites last year and Hermes plans to roll out its site in China later this year.

Louis Vuitton has also teamed up with China’s Baidu to use facial recognition to support its first fragrance campaign in the country.

Zipser said Chinese households were ramping up spending thanks to a younger generation who enjoyed buying luxury. McKinsey expects incremental spend from existing Chinese customers to account for 60 percent of the next 10 years of growth. “It is all the extra spend per person increasing on that. In the past, it was primarily more people. Now it is more people plus more spend of existing people,” he said.