DETROIT/LONDON/SHANGHAI (Reuters) – Automakers are scrambling to ship vehicles to the United States to pre-empt possible higher tariffs, according to port data, port officials and logistics companies.

Data from a number of U.S. ports showed a surge in vehicle exports and imports in May, as U.S. President Donald Trump ratcheted up pressure on China and Europe to drop tariffs on U.S. vehicles and make other changes to their trade practices. May is the most recent month for which figures are available.

The Trump administration’s tariffs on $34 billion of Chinese imports are due to go into effect at 0401 GMT on Friday, which is just after midday in Beijing.

In the United States, the ports of Baltimore, Jacksonville, Florida; and Brunswick, Georgia – the three leading U.S. ports for importing automobiles – in May unloaded a combined 23,000 more cars than they did a year earlier. Auto exports out of Baltimore and Jacksonville that month were up 39 percent and 19 percent, respectively, port officials said.

At the port of Long Beach, whose auto customers include Toyota Motor Corp (7203.T) and also Daimler AG (DAIGn.DE)’s Mercedes-Benz, vehicle imports were up 3.4 percent in May, but exports were down 24 percent at 1,679 units.

According to DataStream, which has weekly railcar loading data by product type, the four-week rolling sum of automobile car loadings hit a 14-month high in early-to-mid-May.

The increase in vehicles landing in the United States was not preceded by a surge in sales. U.S. sales of some European and Asian autos, including BMW (BMWG.DE), Mercedes-Benz and Toyota, are flat to down this year.

Mercedes-Benz, BMW, Toyota and Nissan Motor Co Ltd (7201.T) did not respond to requests for comment.

Trump said on Friday his administration’s investigation into whether to increase tariffs on cars from the European Union and other trading partners would be completed in three to four weeks. 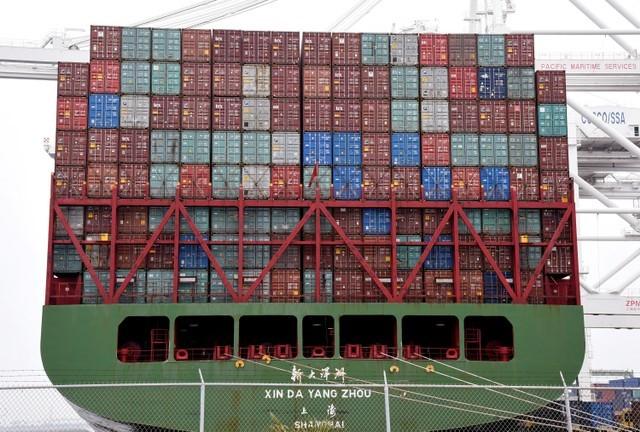 Even without tariffs, automakers and analysts were already expecting U.S. new vehicle sales to fall in 2018 versus last year, creating a highly competitive market.

Tariffs could force automakers to either raise car prices or absorb the higher cost.

A 25 percent tariff could, for instance, add $8,000 to $10,000 or more to the price an imported BMW 3 series sedan, making the luxury vehicle less attractive to buyers versus an American-made car.

In late June, German automaker Daimler warned that new import tariffs on cars exported from the United States to China would hurt sales of high-margin Mercedes-Benz sports utility vehicles and eat into its pretax profit.

As the United States, China and Europe exchanged tariff threats during the spring, global automakers began “a push to speed up delivery to markets where tariffs are scheduled to increase, such as the U.S.,” said a spokeswoman for Wallenius Wilhelmsen Logistics ASA (WWLO.OL), which specializes in hauling vehicles by sea.

In China, automakers sought to slow down vehicle imports after the government said tariffs on foreign-made vehicles would drop to 15 percent from 25 percent as of July 1.

“It’s possible that they were delaying shipping so that they could take advantage of the new tariff effective from July 1st,” Chun said last week.

Chinese port data is not yet available for May, but imports rose 5.7 percent to more than 4.3 million vehicles in April.

China, which cut tariffs on all imported automobiles this week, plans to slap an additional 25 percent levy on 545 American products, including U.S.-made cars, starting on Friday, should the Trump administration’s tariffs go into effect.

Ford Motor Co (F.N) said on Thursday that for now it will not hike prices of imported Ford and higher-margin luxury Lincoln models in China, thus absorbing the cost of the new tariffs.