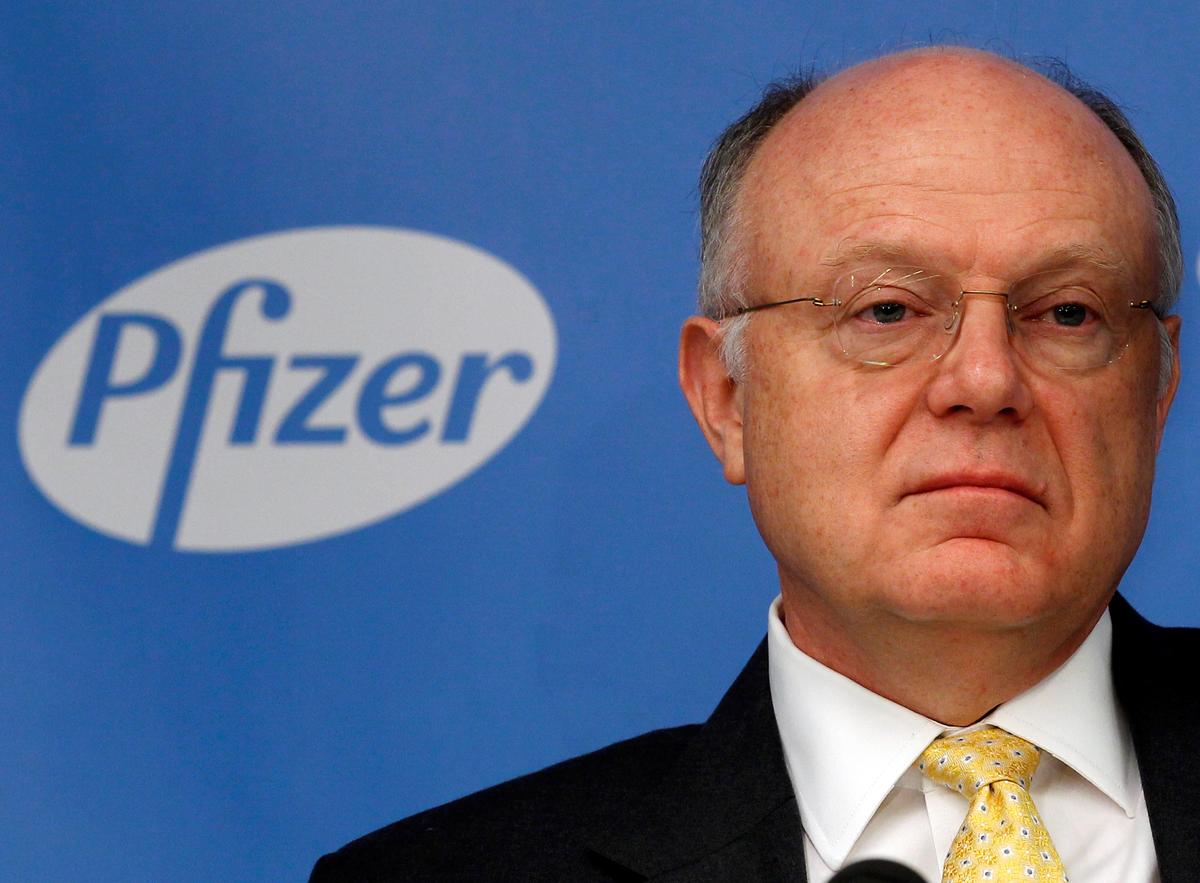 Reckitt dropped out on Wednesday as the U.S. drug company was fielding binding offers for the unit. Sources familiar with the matter said British drugmaker GSK was working on an offer.

Reckitt said its proposal had only been for part of the Pfizer business, without giving further details. One person familiar with the matter said the company had been most interested in the painkiller Advil.

It is possible Pfizer may receive more offers, the sources added, or it could decide against a sale.

Limited demand could ease the pressure on GSK to pay top-dollar or might allow it to coax the Pfizer unit into a joint venture it has with Novartis (NOVN.S), instead of an outright sale, some investors said, although this would be complex.

Pfizer has been hoping to fetch as much as $20 billion for its consumer health business, which includes familiar over-the-counter brands such as Advil, Centrum multivitamins and Chapstick lip balm, according to the sources.

Shares in Reckitt jumped more than 5 percent on Thursday on relief it would not be over-leveraging or making a dilutive rights issue to fund a deal, while GSK slipped 1 percent.

But the decision is a blow for Chief Executive Rakesh Kapoor, who has long coveted the Pfizer operation as a means to bolster Reckitt’s position in consumer health (CH).

“If indeed RB has opened the door for Pfizer CH to be acquired by GSK, it might end up significantly strengthening one of its main CH competitors,” said Bernstein analyst Andrew Wood.

Reckitt said its strict financial discipline meant it only made sense to bid for part of the unit, but this was rejected. It will now focus on organic growth and integration of its $16.6 billion acquisition of Mead Johnson Nutrition.

Although consumer remedies sold over the counter have lower margins than prescription drugs, they are typically very well known and durable brands with loyal customers.

Pfizer said it was reviewing the future of the consumer business following the Reckitt decision.

“Pfizer continues to evaluate potential strategic alternatives for the consumer healthcare business, which include a spin-off, sale or other transaction, and Pfizer ultimately retaining the business. We have not yet made a decision, but continue to expect to make one in 2018,” it said in a statement.

For GSK, a deal would be the boldest move to date for new CEO Emma Walmsley, who took over last April. It would further increase the company’s leading position in consumer health, but could stretch its finances at a time when investors are anxious about the dividend.

Walmsley has also said her first priority is improving GSK’s new drug pipeline in the face of mounting competition in its core respiratory and HIV divisions.

GSK runs its consumer healthcare business via a joint venture with Novartis. Novartis has the right to sell down its minority stake starting from this month, although it has previously indicated it is in no rush to do so.

Analysts said an alternative to buying Pfizer’s operations outright could be to give Pfizer an equity share in the venture. While this would require complex negotiations, GSK and Pfizer do already work together in another joint venture in HIV.

“That sort of thing is a nice idea but it would require such a lot of work on governance,” said GSK shareholder Steve Clayton at Hargreaves Lansdown.

GSK declined to comment on the state of any Pfizer discussions. However, Walmsley has previously said she would look at bulking up in consumer health, where scale is important.

“We will be extremely focused on discipline around returns and frankly, this is not a need to do,” she said last month.