FILE PHOTO: Cars are seen at Kaiserdamm street, which could be affected by a court hearing on case seeking diesel cars ban in Berlin, Germany, October 9, 2018. REUTERS/Fabrizio Bensch/File Photo

The government outlined plans earlier this month to cut pollution from diesel vehicles by asking carmakers to offer owners trade-in incentives and hardware fixes in an attempt to avert driving bans in major cities such as Berlin and Hamburg.

But the co-governing center-left Social Democrats (SPD) want to go a step further and fine carmakers that fail to fix polluting diesel-engined vehicles. 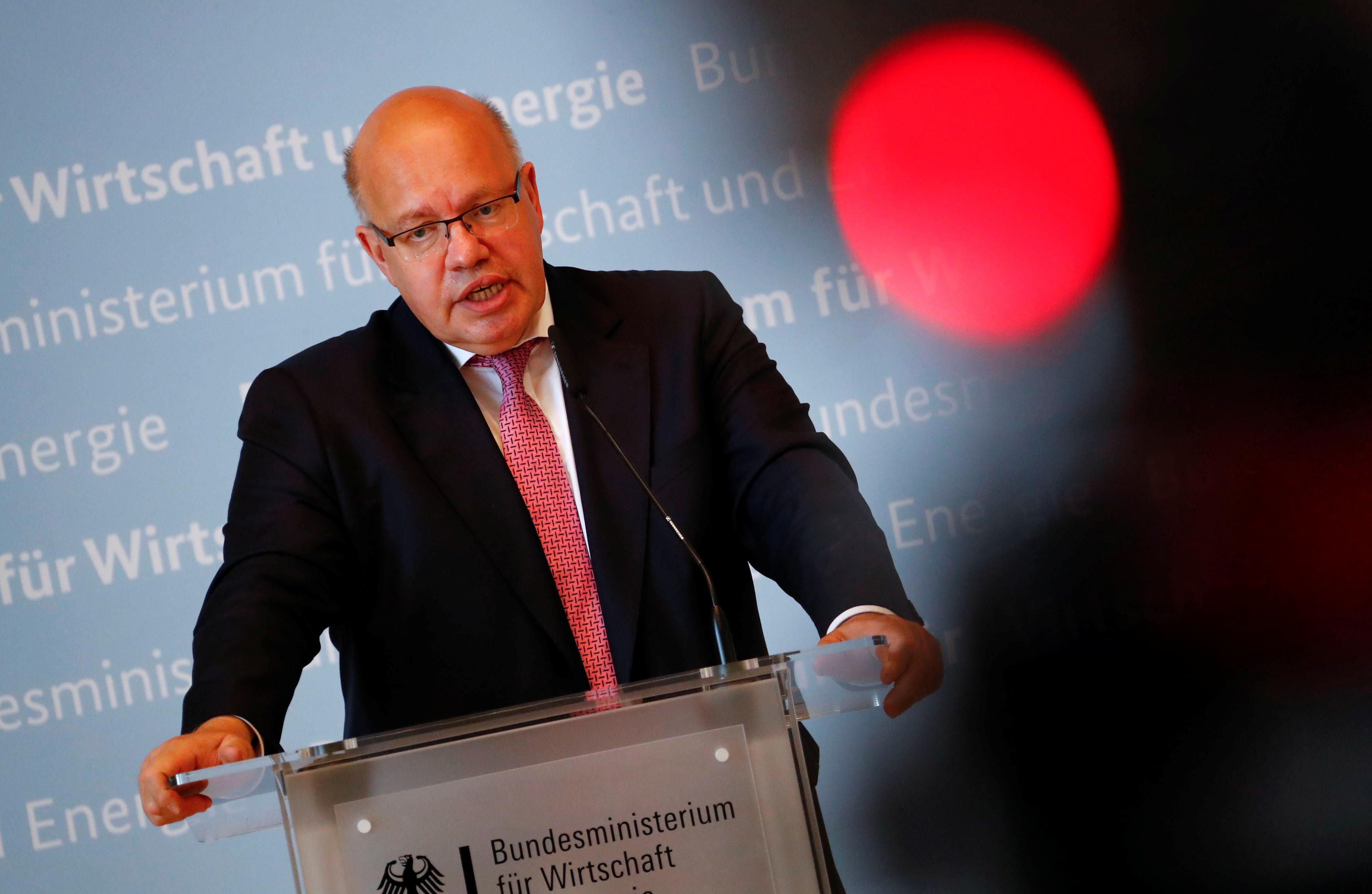 Economy Minister Peter Altmaier, a member of Merkel’s Christian Democratic Union (CDU), and Transport Minister Andreas Scheuer, a member of her Bavarian CSU allies, both rejected the idea, saying it was probably illegal.

“Fines are justified under German law when someone has breached his legal obligations. But I have doubts whether this path is even feasible under constitutional law,” Altmaier told Deutschlandfunk radio.

Scheuer, in an interview with daily newspaper Bild, rejected accusations that the conservatives were too cozy with Germany’s auto sector, which employs over a million people and whose exports generate a large chunk of the country’s output.

“I’m not the spokesman of the car industry,” Scheuer said, calling on the companies to rebuild lost trust.

“I cannot pass a law that forces old diesel cars off the streets because they are on the road totally legally,” Scheuer added.

Pollution from diesel cars has come under intense scrutiny after Volkswagen (VOWG_p.DE) in 2015 admitted to using illegal software to cheat emissions tests, sparking a scandal that has cost it more than $27 billion in penalties and fines.

Carsten Schneider, a senior figure in the center-left SPD’s parliamentary group, said on Wednesday that carmakers could be fined up to 5,000 euros ($5,7600) per vehicle if they did not carry out remedial work on older diesel cars.

He had said he had doubts whether Scheuer was treating the issue with the necessary urgency and said he should “not behave as though he was the country’s chief car salesman but rather like someone who represents the interests of those who have bought diesel cars.”

The row comes after the coalition nearly fell apart twice in the past months due to disputes about immigration and the far right.