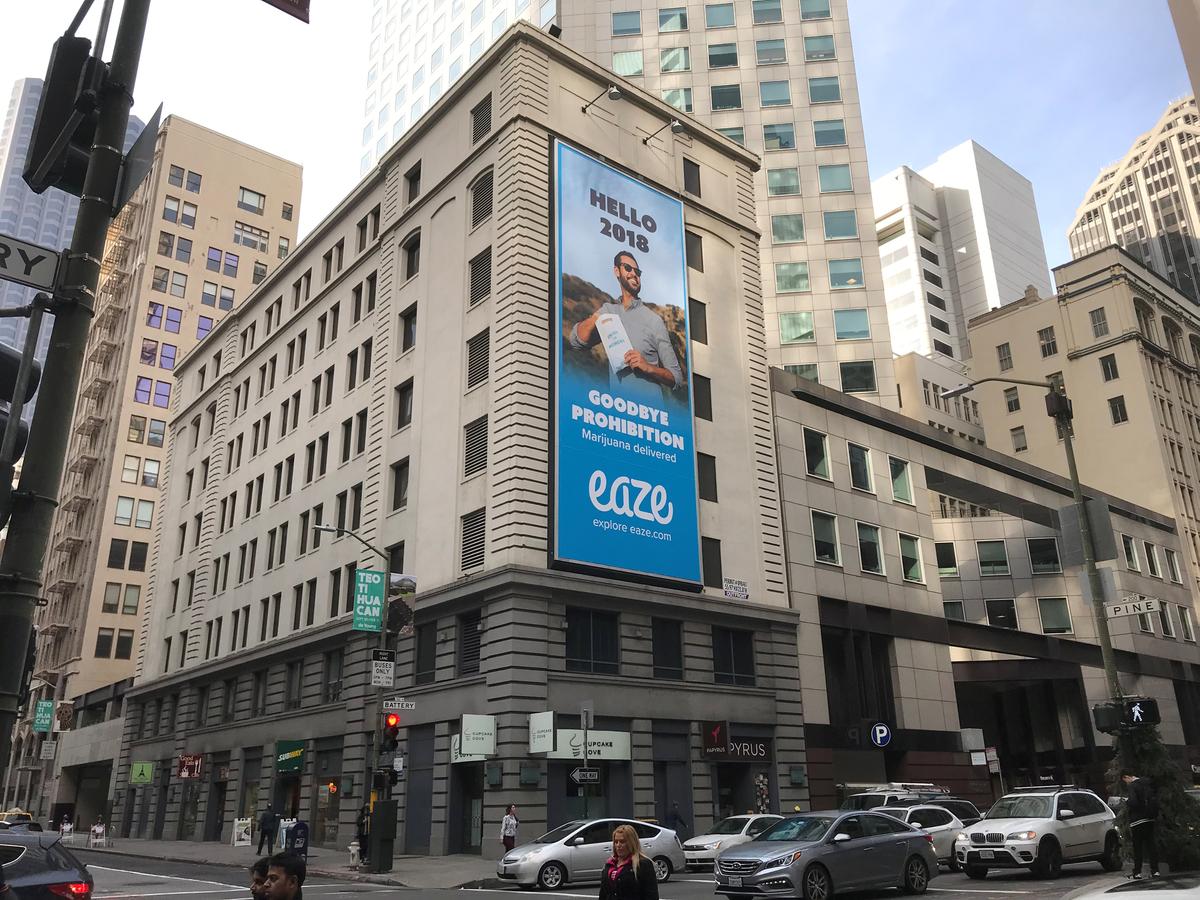 NEW YORK (Reuters) – As a senior vice president at Wachovia and then Morgan Stanley during the dark months of the 2008 and 2009 financial crisis, Derek Peterson watched as colleagues lost their jobs and life savings and wondered if he was next.

At the time, he was managing approximately $120 million in client assets, but was growing disenchanted with what he saw as a U.S. stock market driven by high-frequency trading and algorithms rather than fundamentals. He started looking for other opportunities, and soon stumbled on some of the first legal medical marijuana dispensaries that had opened in the San Francisco Bay Area.

“I started looking at this through a finance guy’s eyes and saw that maybe there was something going on here,” he said.

He soon discovered that dispensaries were bringing in sales of more than $4,000 per square foot, a rate higher than any U.S. retailer but Apple Inc , and more than 12 times the average $325 per square foot among all companies in the sector.

“You had places the size of Starbucks bringing in $15 million a year, which is absurd,” Peterson said.

He quit his day job at Morgan Stanley in late 2010, and in 2012 became chief executive officer and president of Terra Tech Corp, which is now a $247 million company that cultivates medical marijuana and whose shares trade on the over-the-counter market, making it one of the few publicly traded pot stocks.

Peterson is not alone in the jump from Wall Street to weed.

Ten years after the start of the financial crisis, what was once the province of shady stoners and drug cartels is now a thriving industry, with recreational marijuana legal in states ranging from California to Massachusetts. (Map: tmsnrt.rs/2AFalvZ)

Powering the expansion of the industry are former Wall Street executives like Peterson that hail from such staid firms as BlackRock Inc , Goldman Sachs Group Inc and Prudential Financial Inc, all of whom say that they might not have ever left traditional finance if not for the lingering damage of the 2008 crisis.

There are few reliable numbers on how many former Wall Street professionals who now work in the cannabis industry, though those in the sector say that they expect the migration to accelerate as revenue growth continues to attract talent.

Companies in the U.S. marijuana market posted revenues of approximately $6 billion in 2017, a 500 percent increase from the roughly $1 billion in 2011, according to estimates from Marijuana Business Daily, a trade publication.

Approximately 250,000 people work in the sector, and both jobs and revenues are expected to double or triple over the next four years, the publication estimates.

“The financial crisis and the stagnation of many industries in the U.S. in its aftermath have led many people to consider this a viable career,” said Chris Walsh, editorial vice president at Marijuana Business Daily.

Despite the growth prospects, many financial professionals are still too leery of federal law, which considers marijuana an illegal drug, to take a job in the industry until there are clear signals from Washington or a change in the makeup of government, said Ruth Epstein, a partner at San Francisco-based BGP Advisors, a business advisory firm that focuses on companies in the cannabis sector.

In January, the Justice Department reversed a policy from the Obama administration which allowed states to legalize marijuana without fears of a federal crackdown. That has had a “chilling effect” on recruiting within the industry, Epstein said.

“People have really been scared away from investing and to a large extent that same mentality is keeping the talent away,” said Epstein, a Harvard Business School graduate who spent nearly 10 years on the corporate finance desk at Goldman Sachs. That, in turn, has “created a massive opportunity for someone who understands finance and is willing to be out on the vanguard,” she added.

Morgan Paxhia, co-founder of San Francisco-based Poseidon Asset Management, a $25 million hedge fund that focuses exclusively on the marijuana sector, was a trader on the municipal debt desk at UBS in New York during the financial crisis. He would pass by the Lehman Brothers building each day on the way to work, and it felt as if “the building were just cratering around you,” he said.

He was laid off on March 9, 2009, the day that the U.S. stock market finally bottomed out. He spent a few years at a registered investment adviser before starting Poseidon with his sister, Emily, in 2013, attracted by the possibility of growth at a time when financial companies seemed to be overly cautious, he said.

“If the financial crisis never happened we would have banks in this industry already, but they won’t push this industry forward because they’re too afraid,” he said. “It’s opened up huge opportunities for those who are willing to come in and capitalize it.”

Peterson, the Terra Tech CEO, said that he now routinely fields calls from employees of large banks and investment firms who are looking to enter the industry. That is a steep change from his first few years in the pot sector, when it was still largely ruled by black-market growers and questionable outfits.

“When I first started out, the fact that I had worked on Wall Street made me seem like a real outsider, to the point where people would ask, “Are you a narc?’” he said, referring to a federal narcotics officer. “It’s in the last two years that we’ve seen a tremendous influx of people from traditional business backgrounds.”