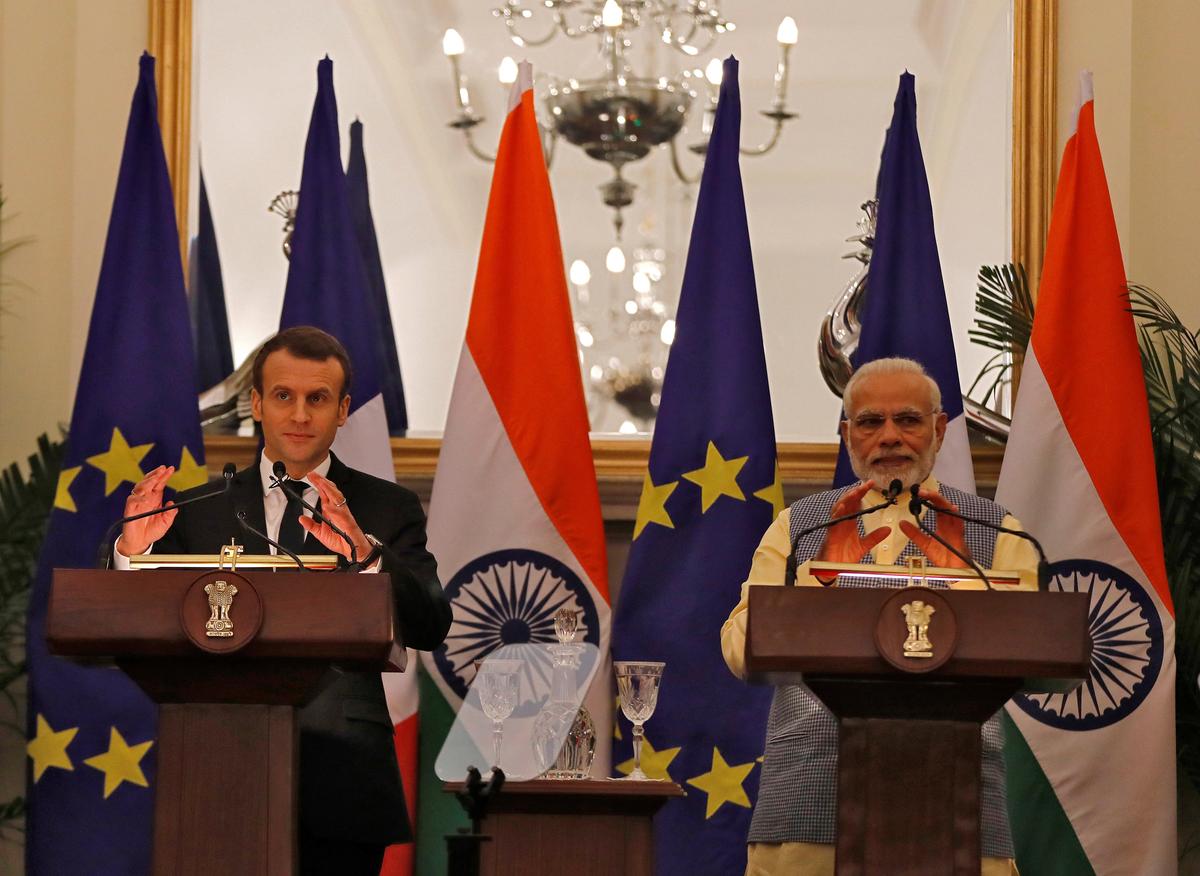 PARIS/NEW DELHI (Reuters) – French and Indian companies signed contracts worth 13 billion euros ($16 billion) on the first day of President Emmanuel Macron’s visit to India on Saturday, the French presidency said in a statement.

The deals include a contract for France’s Safran (SAF.PA) to supply airline Spice Jet (SPJT.BO) with engines, water system modernization by Suez (SEVI.PA) in the southern city of Davangere and a contract between industrial gas company Air Liquide (AIRP.PA) and Sterlite.

“Whether it’s the environment, naval security and resources, or freedom of navigation and overflight, we are committed to making our partnership stronger on all these fronts,” Modi said. “We consider France one of our most reliable defense allies.”

He also hailed France’s commitment to making defense and security equipment in India and contributing to Modi’s flagship “Make in India” plan to boost local manufacturing.

Macron said the countries had decided to do more together to fight terrorism and put together a strategy to share intelligence.

“Our navies will be able to call our respective military bases … we will also have our space agencies conducting some joint monitoring of the maritime area,” Macron said.

“The Pacific or the Indian Ocean cannot be places for hegemonic powers.”

Macron’s office said some 200 million euros of investment would be made India. It did not provide a breakdown of the value or details of the business contracts.

In a statement later on Saturday, Indian carrier Spice Jet disclosed details of the engine deal – it will spend $12.5 billion to buy engines from CFM International, the engine maker co-owned by General Electric (GE.N) and France’s Safran, and have them serviced.

As part of the deal, Spice Jet will buy LEAP-1B engines for its 155 Boeing 737 MAX aircraft as well as spare engines. CFM will provide maintenance for all LEAP-1B engines that power SpiceJet’s 737 MAX planes for 10 years, the statement added.

A so-called “Industrial Way Forward Agreement” was signed between French utility EDF (EDF.PA) and India’s NPCIL for the construction of six nuclear reactors at Jaitapur.

Negotiations over the construction of next-generation nuclear reactors in India have been dragging on for years.

It was not immediately clear whether the individual contracts were firm orders or letters of intent.