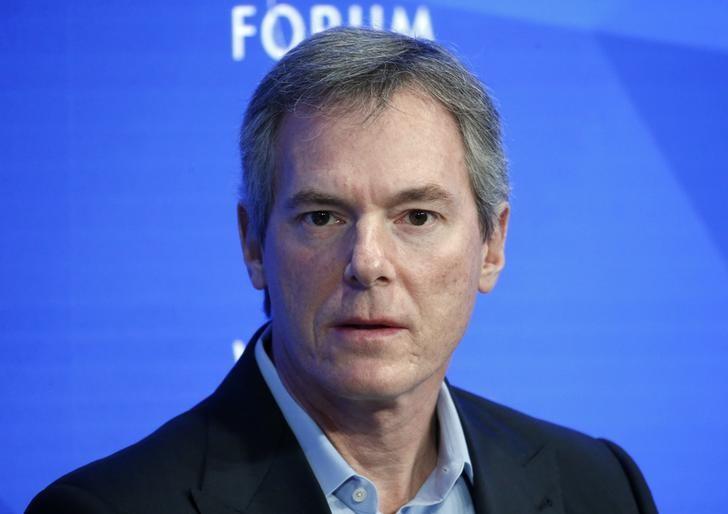 (Reuters) – Former Qualcomm Inc (QCOM.O) Chairman Paul Jacobs has informed its board of directors that he will seek to partner with investment firms to make an offer for the U.S. semiconductor company, people familiar with the matter said on Thursday.

Jacobs’ attempt to put together an offer comes just a few days after Qualcomm fended off a $117 billion hostile bid from Singapore-based rival Broadcom Ltd (AVGO.O) thanks to an order by U.S. President Donald Trump prohibiting the deal due to national security concerns.

Qualcomm does not view Jacobs’ attempt to put together a buyout bid as credible, the sources said. Jacobs has held talks with several investment firms, including SoftBank Group Corp’s (9984.T) Vision Fund, but has so far been unable to secure the necessary financing, the three sources added.

Jacobs is attempting to put together the largest leveraged buyout of all time, three times as large as the $45 billion buyout of Texas power utility Energy Future Holdings, which ended in bankruptcy.

Even if SoftBank, a Japanese telecommunications group with technology investments around the world, wanted to join Jacobs’ bid, it could face conflicts given its ownership of British chip designer ARM Holdings Plc, the sources said. Adding to the potential conflicts, Qualcomm is an investor in the Vision Fund.

SoftBank’s deals are also subject to review by the Committee on Foreign Investment in the United States (CFIUS), the U.S. national security panel that also objected to Broadcom’s bid for Qualcomm.

The sources asked not to be identified because the deliberations are confidential. Qualcomm declined to comment, while Jacobs and SoftBank could not be immediately reached for comment. The Financial Times first reported on Jacob’s buyout efforts earlier on Thursday.

Jacobs, who still sits on Qualcomm’s board, was stripped of his title of executive chairman earlier this month when Jeffrey Henderson, another Qualcomm director, was named non-executive chairman.

Jacobs, whose father Irwin co-founded Qualcomm, is up for re-election as board director, alongside other Qualcomm nominees, at the company’s shareholder meeting on March 23. Proxy advisory firm ISS on Wednesday recommended to Qualcomm shareholders that they vote for Broadcom’s four nominees on Qualcomm’s 11-person board, even though their nominations have been withdrawn, as a form of protest.