NEW DELHI (Reuters) – Ford Motor Co made a profit in India for the first time in a decade in the last fiscal year, signaling that a strategy conceived two years ago by the U.S. car manufacturer for one of the world’s most competitive car markets is starting to show some success.

Under an initiative called the Emerging Market Operating Model (EMOM), Ford cut manufacturing costs by 40 percent and is developing more vehicles locally as it moves away from its “One Ford” plan, which restricted its ability to be cost-competitive and agile in a fast-growing market, Ford executives and industry sources told Reuters.

“EMOM is the North Star for the turnaround at Ford in India,” Anurag Mehrotra, managing director of Ford’s India unit, said in an interview.

It’s early days yet, and Ford still accounts for less than 3 percent of total passenger vehicle sales in India, where analysts say it’s tough for auto manufacturers to make money.

“They are still a long way away till they can call India a successful market,” said Kaushik Madhavan, vice president, mobility at consultant Frost & Sullivan.

A key factor for Ford India will be how it leverages its partnership with local automaker Mahindra & Mahindra, he said.

As part of EMOM, Ford is deepening ties with Mahindra to build passenger vehicles in India, which could also involve sales in other emerging markets.

Over the past two decades, Ford has invested $2 billion in India, which has become a major growth area for car manufacturers. Car sales rose 8 percent to 3.3 million last year and India is set to become the world’s third-largest market by 2020 with sales of over 5 million cars, according to consultant IHS Markit.

But global car companies have mostly struggled to woo India’s cost-conscious buyers and are now under pressure from investors to focus on profitable markets and technologies like electric and autonomous vehicles.

The success of India’s top carmaker Maruti Suzuki, a unit of Suzuki Motor Corp which sells one in every two cars in the country, has been built on having a wide range of products, low prices, a vast dealership network and an autonomous local team that can quickly react to market changes.

Its nearest competitor is Hyundai Motor Co with a 17 percent market share, which has had better success than some of its American and European rivals like General Motors, Fiat Chrysler and Volkswagen AG.

Ford is at a considerable distance from the leaders in the market, but sold more than 90,000 vehicles in the last fiscal year and exported twice the number. Two years ago, Ford’s annual sales in India were less than 80,000 and it exported about 110,000 vehicles, industry data showed.

Western carmakers have not come close to Japan’s Suzuki and South Korea’s Hyundai because they have failed to tweak their global products and strategy to suit a frugal market like India, and their local teams often lack autonomy, industry sources say.

Ford’s new strategy gives greater autonomy to the local management team, and will contribute to a global restructuring plan to save $11 billion over the next few years by cutting costs, forming partnerships and investing in new technologies.

The strategy already seems to be giving Ford a cautious beginning to better sales in India.

A new Ford Aspire car is on display for sale inside a showroom in New Delhi, India, November 1, 2018. REUTERS/Altaf Hussain

Ford India made a profit of 5.26 billion rupees ($72 million) in the fiscal year that ended on March 31 compared with a loss of 5.21 billion rupees a year ago, according to a regulatory filing.

In contrast, General Motors decided to cut its losses and stopped selling cars in India last year while Volkswagen took a backseat, handing over strategy for the country to its sister-company Skoda.

Ford’s top Asia and India executives came up with EMOM during a week-long strategy meeting in Shanghai in late 2016 and picked India as a testbed. The strategy has not formally been taken to other markets yet.

“We realized we need to have a sustainable and profitable business in India,” said Mehrotra, adding that Ford looked at its brand, products, cost and scale to improve efficiency.

For instance, in its Figo hatchback that sells for as little as 600,000 rupees ($8,200), Ford used imported floormats that cost more than locally sourced ones. During a review under EMOM it learned that buyers don’t really want imported mats, he said.

It reduced logistics costs by 20 percent by switching to rail freight instead of roads, and increased the use of locally sourced components in its cars to more than 85 percent from about 60-70 percent.

Ford officials also said the company has developed a low-cost dealership format which is smaller in size and has fewer cars on display. It costs half of the 50-60 million rupees Ford usually spends on things like showroom inventory, spare parts and the sales force when setting up a dealership.

In the last 18 months it has opened more than 100 such dealerships, especially in smaller towns and cities to further its reach, Mehrotra said.

It would earlier cost Ford about three times the amount a domestic carmaker would spend on a product upgrade because Ford India needs to pay a fee, or royalty, to the parent, said a source aware of the changes.

Under EMOM, Ford India will develop more products in-house, making it more responsive to market changes and reducing the royalty fee, which will boost profits, the source said.

“One Ford doesn’t work anymore,” said the source, alluding to a global product strategy devised by former CEO Alan Mulally. “It will be there in spirit, but it will not be implemented the same way as it was two years ago.”

The carmaker made a similar strategy shift in China, giving up on its “One Ford” model and working with local, low-cost carmakers to come up with more competitive mainstream cars and boost sales.

Ford and Mahindra are co-developing two platforms and the first car on it is likely be launched in 2020, two sources said, adding that Ford is using Mahindra as a benchmark to bring down supplier costs in the region.

Mahindra is also the only commercial electric vehicle manufacturer in India, and Ford would benefit from getting access to its low-cost technology to build electric cars. Mahindra is already working on an electric prototype of Ford’s compact sedan Aspire, the sources said. 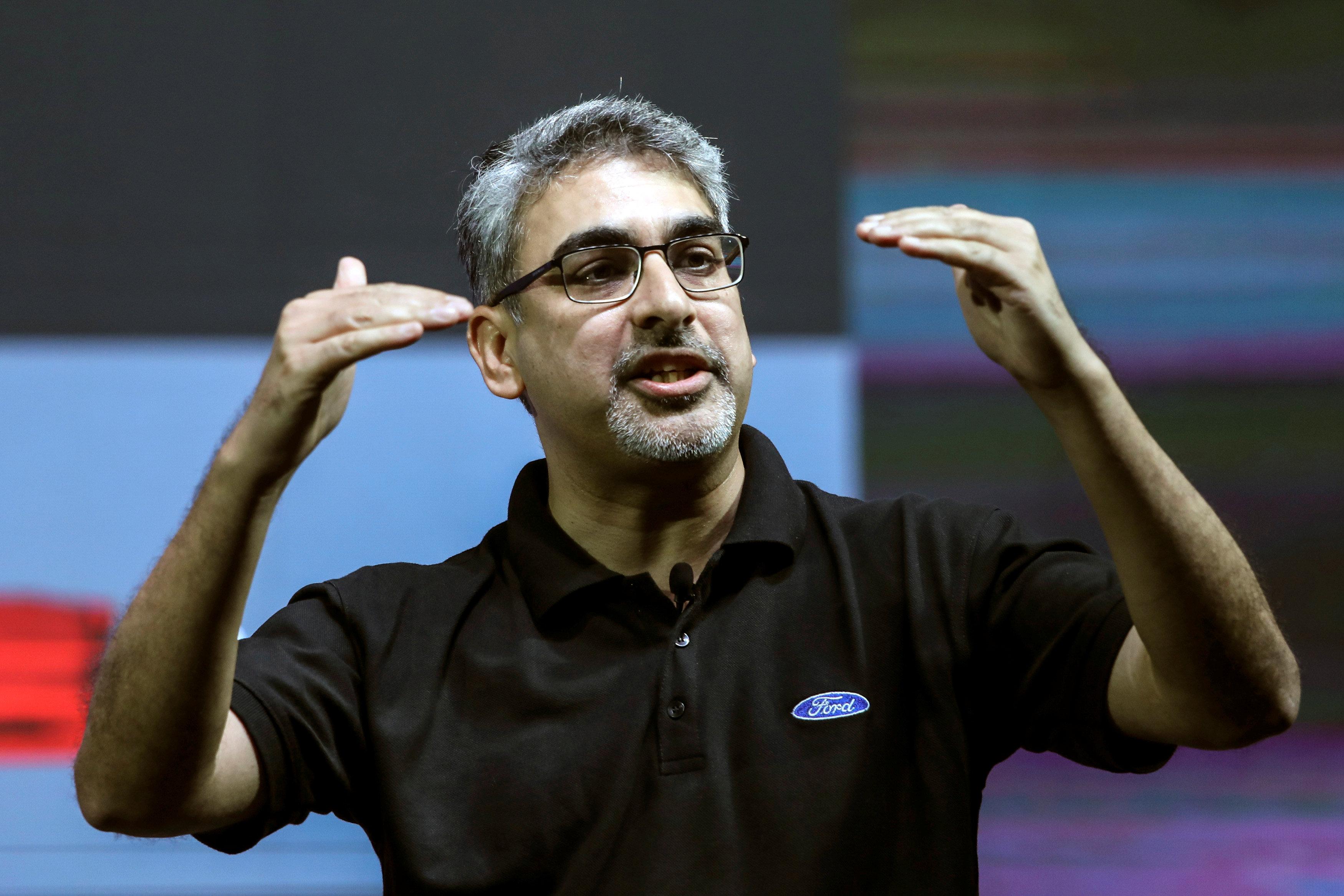 “We’re certainly concentrating on India right now, but there’s all kinds of opportunity beyond India together should we both want to explore that,” Joe Hinrichs, Ford’s president of global operations, told Reuters in an interview in September.