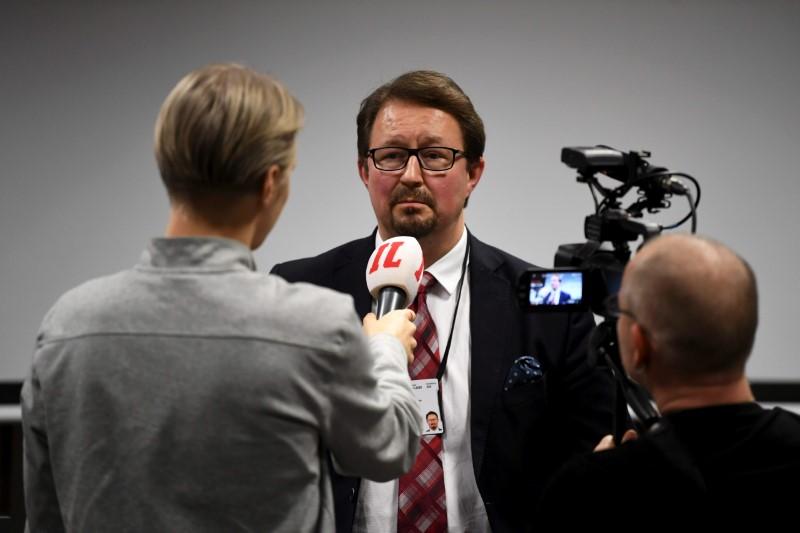 HELSINKI (Reuters) – Finland’s national health authority questioned on Friday the World Health Organization’s call on countries to test as many patients as possible for coronavirus, after the country ran out of testing capacity this week.

Unlike many other countries, Finland is limiting coronavirus tests to the most vulnerable groups and healthcare personnel only. The national health authority says testing people with mild symptoms would be a waste of healthcare resources.

“We don’t understand the WHO’s instructions for testing. We can’t fully remove the disease from the world anymore. If someone claims that, they don’t understand pandemics,” Finland’s head of health security Mika Salminen of the Finnish Institute of Health and Welfare told the Helsingin Sanomat newspaper.

The WHO’s director general Tedros Adhanom Ghebreyesus said on Wednesday the test and trace strategy “must be the backbone of the response in every country”.

Finland’s visibility of the spread of the disease has weakened rapidly after it began restricting testing last week, with authorities citing lack of capacity to meet high demand.

By Thursday, only around 3,000 people had been tested for the virus in Finland, resulting in “around 400” confirmed cases, the health authority said, adding the real number of those infected could be 20 to 30 times higher.

Salminen said Finland could test around 1,500 people a day but is not using the full capacity.

“We are not doing as many tests as possible but rather when needed,” Salminen said, adding the test was not a treatment.

“Those who can be sick at home, won’t benefit from testing,” he said.

The Finnish government said on Monday it would inject more money into testing to increase capacity.