WASHINGTON (Reuters) – Fiat Chrysler Automobiles NV is recalling more than 5.3 million vehicles in North America over a defect that could prevent drivers from deactivating cruise control, the company said on Friday, warning owners not to use the function until they get software upgrades.

The Italian-American automaker said no injuries or crashes are related to the large recall campaign but said it had one report of a U.S. driver of a 2017 Dodge Journey rental car being unable to deactivate the cruise control.

Fiat Chrysler, which in 2015 was hit with penalties from U.S. regulators totaling $175 million for safety lapses, did not say how much the recalls would cost.

The recall addresses what Fiat Chrysler called an “extremely rare” series of events that could lead to drivers being unable to cancel cruise control, a electronic device that allows a vehicle to maintain a constant speed without driver intervention.

The National Highway Traffic Safety Administration (NHTSA) said on Friday it “strongly encourages vehicle owners to follow a warning” to stop using cruise control on the recalled vehicles until repaired.

The recall covers more than 4.8 million vehicles in the United States and 490,000 in Canada, regulators said.

NHTSA said drivers could overpower the system by forcefully applying the brakes until the vehicle stopped. Fiat Chrysler also said the vehicle could be stopped by shifting into neutral and braking.

Fiat Chrysler shares were down 2 percent in afternoon trading in New York on the recall.

Fiat Chrysler said that at times cruise control systems automatically initiate acceleration to help vehicles maintain driver-selected speeds, including when going uphill. If an acceleration occurs simultaneously with a short-circuit in a specific electrical network, a driver could be unable to deactivate the function.

Fiat Chrysler said vehicles may be placed in park mode once stopped, at which point cruise-control is canceled.

The recall involves a group of gasoline-powered vehicles with automatic transmissions from various model years built from 2014 through the 2019 model year. Most of the vehicles being recalled cover the 2014-2018 model years.

Fiat Chrysler made the announcement going into the busy U.S. Memorial Day weekend, which traditionally kicks off the summer driving season in the United States. 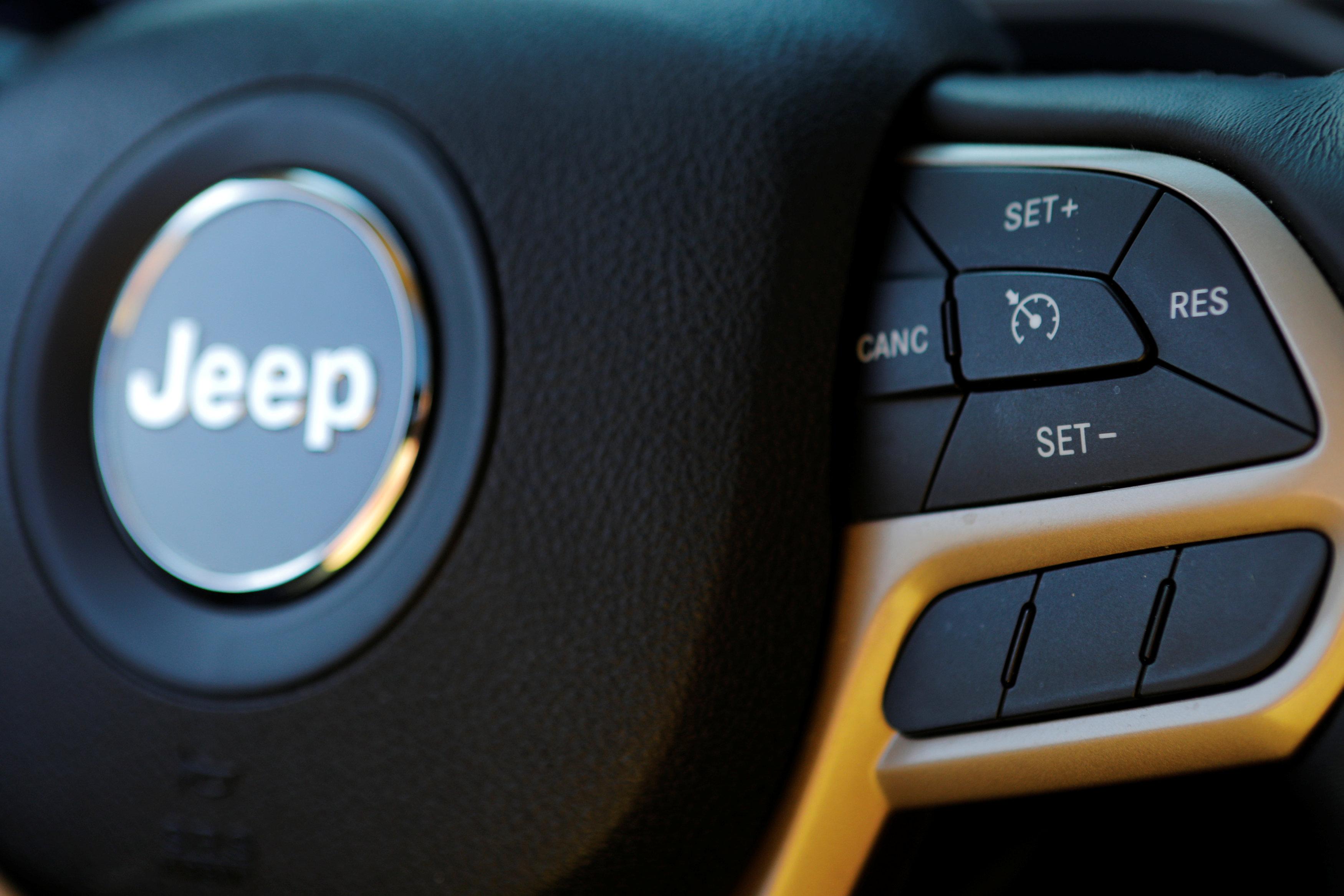 According to a complaint filed with NHTSA on March 2, the driver of an Avis rental car in Olathe, Kansas was traveling at 70 miles per hour (110 km per hour) with the cruise control engaged when the driver reported the wipers turned on by themselves, dashboard instrumentation dials went to zero and the cruise control would not disengage.

“I was able to overpower the engine with the brakes and get the car to the side of the road,” the driver wrote. “It was still running at an engine speed to support 70 mph and fighting the brakes.”

Fiat Chrysler said it uncovered the issue through tests its engineers had conducted.

“Notwithstanding the extraordinary circumstances that must exist before a customer would experience a problem, we are taking this action because we are fully committed to vehicle safety,” Mark Chernoby, Fiat Chrysler’s chief technical compliance officer, said in a statement.

“We have a remedy and a widespread network of engaged dealers who are preparing to deliver service. … We urge customers to follow the instructions on their recall notices.”

Fiat Chrysler said recall repairs would be free of charge and it would begin alerting affected customers as early as next week. The recalled vehicles have collectively been driven more than 200 billion miles.

Fiat Chrysler promised to improve safety procedures after being penalized by NHTSA in 2015 for safety lapses.

In July 2015, Fiat Chrysler agreed to a $105 million settlement for mishandling nearly two dozen recall campaigns covering 11 million vehicles. It agreed to a three-year consent agreement and monitoring by former Transportation Secretary Rodney Slater. It was separately fined $70 million by U.S. regulators in 2015 for failing to report vehicle crash deaths and injuries since 2003.