WASHINGTON (Reuters) – The Federal Reserve is in “no rush to make a judgment” about further changes to interest rates, Fed Chairman Jerome Powell told U.S. lawmakers on Tuesday as he spelled out the central bank’s approach to an economy that is likely slowing.

In two hours of testimony to the Senate Banking Committee, Powell elaborated on the “conflicting signals” the Fed has tried to decipher in recent weeks, including disappointing data on retail sales and other aspects of the economy that contrast with steady hiring, wage growth, and ongoing low unemployment.

“The baseline outlook is a good one,” Powell said, but slower growth overseas is a drag on the U.S. economy that “we may feel more of” in the coming months.

“We have the makings of a good outlook and our (rate-setting) committee is really monitoring the crosscurrents, the risks, and for now we are going to be patient with our policy and allow things to take time to clarify.”

If anything, Powell’s comments solidified a Fed policy shift last month in which it indicated it would pause a three-year cycle of rate hikes, which had been projected to run well into 2020, until the inflation or growth dynamics change.

The flow of new workers into the labor force, for example, has surprised the central bank and means “there is more room to grow,” Powell said.

Powell, who has led the Fed for just over a year, faced virtually no pushback from Republicans on the Senate panel, as former Fed chief Janet Yellen had in the past, that the central bank was courting inflation or financial risks by leaving rates too low.

After raising rates four times in 2018, and anticipating further hikes in 2019, the Fed in January switched to a “patient” stance as concerns about the global economy took root, and markets voiced doubts about the U.S. economic recovery.

The Fed’s benchmark overnight lending rate currently is within a range of 2.25 percent to 2.50 percent.

There was also little said by lawmakers about the Fed’s evolving plan to maintain a balance sheet of perhaps $3.5 trillion, which would be lower than the current $4 trillion but still massive by historical standards. Republican lawmakers generally have pushed the central bank to reduce a financial footprint inflated by crisis-era programs many in the party considered risky.

Financial markets were largely unmoved by Powell’s testimony, which was the first of his two hearings this week in Congress. He is due to appear before the House of Representatives Financial Services Committee on Wednesday.

U.S. Treasury yields were lower in afternoon trading while major U.S. stock indexes were slightly higher. The dollar was weaker against a basket of currencies.

Powell told lawmakers that the Fed expected the U.S. economy to grow solidly but at a slower pace this year than the estimated 3 percent growth for 2018, an outlook that was built into the central bank’s policy statement in January.

The “patient” approach to rate hikes has been a staple of Fed commentary since early last month.

“As long as we have steady growth with no inflation, that should keep the Fed at bay,” said Jack Ablin, chief investment officer at Cresset Wealth Advisors in Chicago.

But Tuesday’s hearing did offer a preview of issues the central bank may confront as the 2020 presidential campaign takes shape, and Democrats use their recently-won control of the House to press new economic and political ideas.

Amid a growing debate over whether the U.S. government may have far more room to expand its debt than conventional economics might recommend, or whether the Fed’s own balance sheet might help finance a “Green New Deal” of economic and environmental programs, Powell made clear he was among the traditionalists.

“The idea that deficits don’t matter for countries that can borrow in their own currency I think is just wrong. I think that U.S. debt is fairly high as a level of (gross domestic product) and, much more importantly than that, it’s growing faster than GDP,” Powell said. “To the extent that people are talking about the Fed – our role is not to provide support for particular policies” on environmental, social or other related issues.

Indeed, asked about the upcoming need to boost the U.S. debt ceiling, he said he considered the prospect of a U.S. government default on its obligations “a bright line, and I hope we never do pass it.”

Powell’s appearances on Capitol Hill this week, part of his semi-annual testimony to Congress, are his first since Democrats won control of the House in the November elections. They also follow the kickoff of a number of 2020 presidential campaigns.

Along with questions that ranged from the sources of rural poverty to the impact of climate change on banks, Senate committee members pressed points likely to figure into the Democratic primary battle.

“The Fed works for big rich banks that want to get bigger and richer,” said Senator Elizabeth Warren, a Massachusetts Democrat running for president. She questioned whether Powell would be adequately aggressive in reviewing a proposed megamerger between U.S. regional lender BB&T Corp and rival SunTrust Banks Inc.

Powell pledged an “open and transparent” review of the deal.

When asked whether there had been any “direct or indirect” communication from the White House about interest rates, Powell deferred, saying he would not comment on private conversations with other officials. 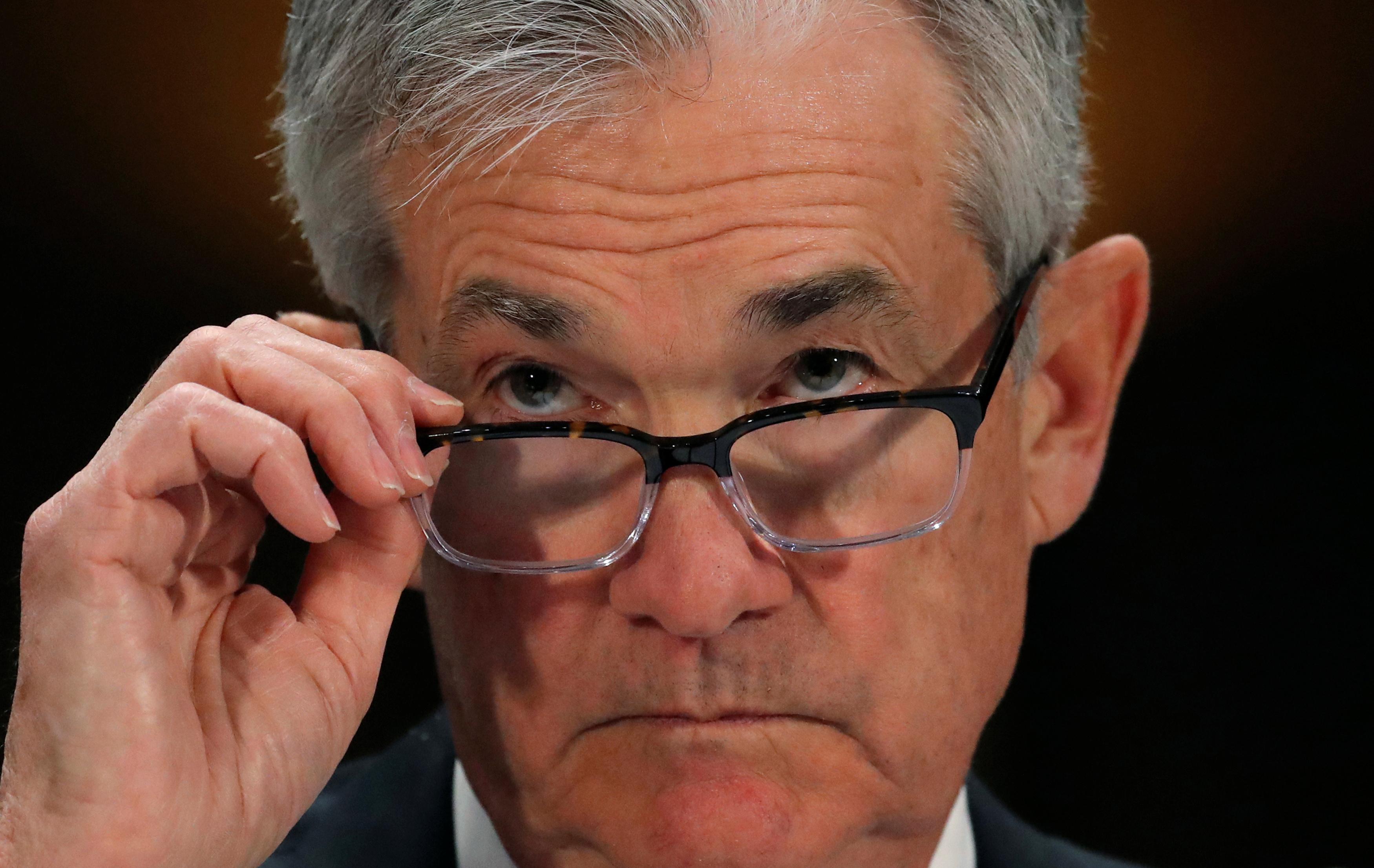 President Donald Trump has castigated the Fed for raising rates, arguing that the monetary tightening was undercutting his administration’s efforts to boost economic growth.

On Tuesday, Powell repeated his oft-heard pledge that the Fed will make policy decisions “in a way that is not political.”