WASHINGTON (Reuters) – The Federal Reserve raised interest rates on Wednesday, a move that was widely expected but still marked a milestone in the U.S. central bank’s shift from policies used to battle the 2007-2009 financial crisis and recession.

In raising its benchmark overnight lending rate a quarter of a percentage point to a range of 1.75 percent to 2 percent, the Fed dropped its pledge to keep rates low enough to stimulate the economy “for some time” and signaled it would tolerate inflation above its 2 percent target at least through 2020.

“The economy is doing very well,” Fed Chairman Jerome Powell said in a press conference after the rate-setting Federal Open Market Committee released its unanimous policy statement after the end of a two-day meeting.

“Most people who want to find jobs are finding them. Unemployment and inflation are low … The overall outlook for growth remains favorable.”

He added that continued steady rate increases would nurture the expansion, as the Fed approaches a sort of sweet spot with its employment and inflation goals largely met, the economy withstanding higher borrowing costs and no sign of a spike in inflation.

The ongoing economic expansion coupled with solid job growth has pushed the Fed to raise rates seven times since late 2015, rendering the language of its previous policy statements outdated.

Policymakers’ fresh economic projections, also issued on Wednesday, indicated a slightly faster pace of rate increases in the coming months, with two additional hikes expected by the end of this year, compared to one previously.

They see another three rate increases next year, a pace unchanged from their projections in March.

“The Fed’s path of gradual rate hikes and slow (balance) sheet reduction seems well established at this point. The trajectory of U.S. inflation or the broader U.S. economy would likely need to change materially for the FOMC to deviate from that path,” said Aaron Anderson, senior vice president of research at Fisher Investments.

U.S. Treasury yields rose after the Fed’s decision while U.S. stocks were trading marginally lower and closed down on the day. The dollar .DXY pared some losses but was still trading lower against a basket of currencies.

Powell also announced the central bank would start holding news conferences after every policy meeting next year, which means a total of eight in 2019. The Fed chief currently holds four such events each year.

Fed policymakers projected gross domestic product would grow 2.8 percent this year, slightly higher than previously forecast, and dip to 2.4 percent next year, while inflation is seen hitting 2.1 percent this year and remaining there through 2020.

That’s a welcome change from recent years when Fed policymakers fretted about an inflation rate well below target.

The unemployment rate, currently at an 18-year low of 3.8 percent, is expected to fall to 3.6 percent this year, compared to the 3.8 percent that the Fed projected in March.

“The labor market has continued to strengthen … economic activity has been rising at a solid rate,” the Fed said in its statement. “Household spending has picked up while business fixed investment has continued to grow strongly.”

The Fed’s short-term policy rate, a benchmark for a host of other borrowing costs, is now roughly equal to the rate of inflation, a breakthrough of sorts in the central bank’s battle in recent years to return monetary policy to a normal footing.

Though rates are now roughly positive on an inflation-adjusted basis, the Fed still described its monetary policy as “accommodative,” with gradual rate increases likely warranted as the economy enters a 10th straight year of growth.

Estimates of longer-run interest rates were unchanged and seen reaching as high as 3.4 percent in 2020 before dropping to 2.9 percent in the longer run.

The latest rate increase was in line with investors’ expectations ahead of the release of the policy statement. Investors had given just over a 91 percent chance of a rate rise on Wednesday, according to an analysis by CME Group.

The Fed said its policy of further gradual rate increases will be “consistent with sustained expansion of economic activity, strong labor market conditions, and inflation near the Committee’s symmetric 2 percent objective.” 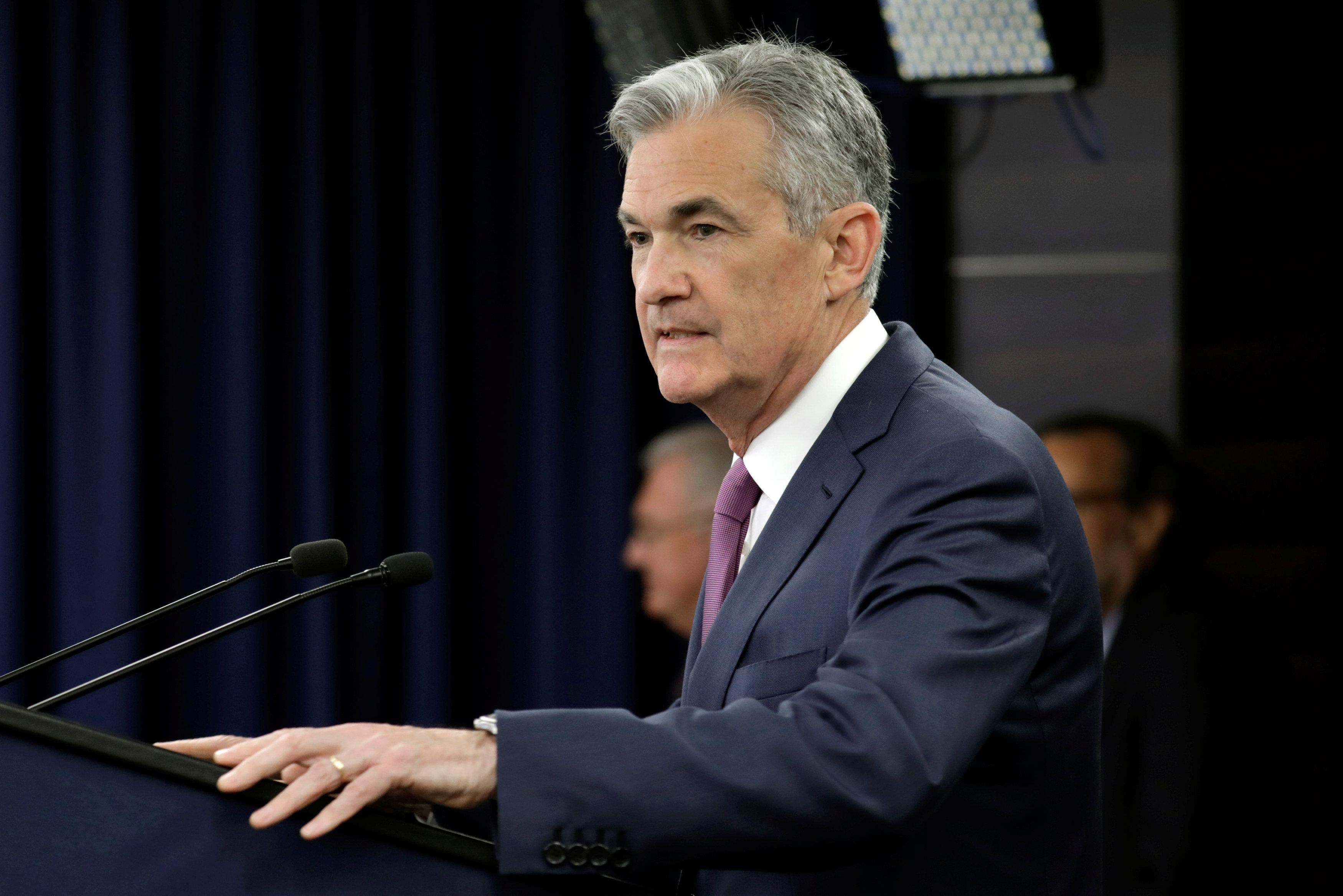 In a technical move, the central bank also decided to set the interest rate it pays banks on excess reserves – its chief tool for moderating short-term interest rates – at just below the upper level of its target range. The step was needed, the Fed said, to be sure rates stay within the intended boundaries.

The policy statement bypassed discussion about the tensions over the Trump administration’s trade policies, including a decision two weeks ago to impose tariffs on steel and aluminum imports from the European Union, Canada and Mexico.

Individual Fed policymakers have expressed concerns about the economic risks of a broad tit-for-tat tariff retaliation, but have said they would not change their policies or forecasts until those risks are realized.

Reporting by Howard Schneider and Jason Lange in Washington; Editing by Paul Simao