WASHINGTON (Reuters) – The U.S. Federal Reserve cut interest rates by a quarter of a percentage point for the second time this year on Wednesday in a widely expected move meant to sustain a decade-long economic expansion, but gave mixed signals about what may happen next.

The central bank also widened the gap between the interest it pays banks on excess reserves and the top of its policy rate range, a step taken to smooth out problems in money markets that prompted a market intervention by the New York Fed this week.

In lowering the benchmark overnight lending rate to a range of 1.75% to 2.00% on a 7-3 vote, the Fed’s policy-setting committee nodded to ongoing global risks and “weakened” business investment and exports.

Though the U.S. economy continues growing at a “moderate” rate and the labor market “remains strong,” the Fed said in its policy statement that it was cutting rates “in light of the implications of global developments for the economic outlook as well as muted inflation pressures.”

With continued growth and strong hiring “the most likely outcomes,” the Fed nevertheless cited “uncertainties” about the outlook and pledged to “act as appropriate” to sustain the expansion.

U.S. stocks, lower ahead of the statement, dropped further, and Treasury yields ticked up from their lows of the day. The S&P 500 .SPX was last down 0.64% and the 10-year Treasury note yield US10YT=RR inched up to 1.77%.

The dollar gained ground against the euro EUR= and yen JPY=.

“Another rate cut from the Fed to try to shield the U.S. economy from global headwinds,” said Joe Manimbo, senior market analyst at Western Union Business Solutions in Washington. “Today’s move was more of a hawkish easing in that the Fed’s median forecasts for rates suggested no more cuts this year, while some officials dissented.”

New projections showed policymakers at the median expected rates to stay within the new range through 2020. However, in a sign of ongoing divisions within the Fed, seven of 17 policymakers projected one more quarter-point rate cut in 2019.

Five others, in contrast, see rates as needing to rise by the end of the year.

The divisions were reflected in dissents that came from both hawks and doves.

There was little change in policymakers’ projections for the economy, with growth seen at a slightly higher 2.2% this year and the unemployment rate to be 3.7% through 2020. Inflation is projected to be 1.5% for the year, below the Fed’s 2% target, before rising to 1.9% next year.

Fed Chair Jerome Powell is scheduled to hold a press conference at 2:30 p.m. EDT (1830 GMT) to elaborate on the policy decision.

The rate cut fell short of the more aggressive reduction in borrowing costs that President Donald Trump had demanded from Fed officials, whom he has insulted as “boneheads” who have put the economic recovery in jeopardy.

The Fed also cut rates in July, the first such move since 2008. 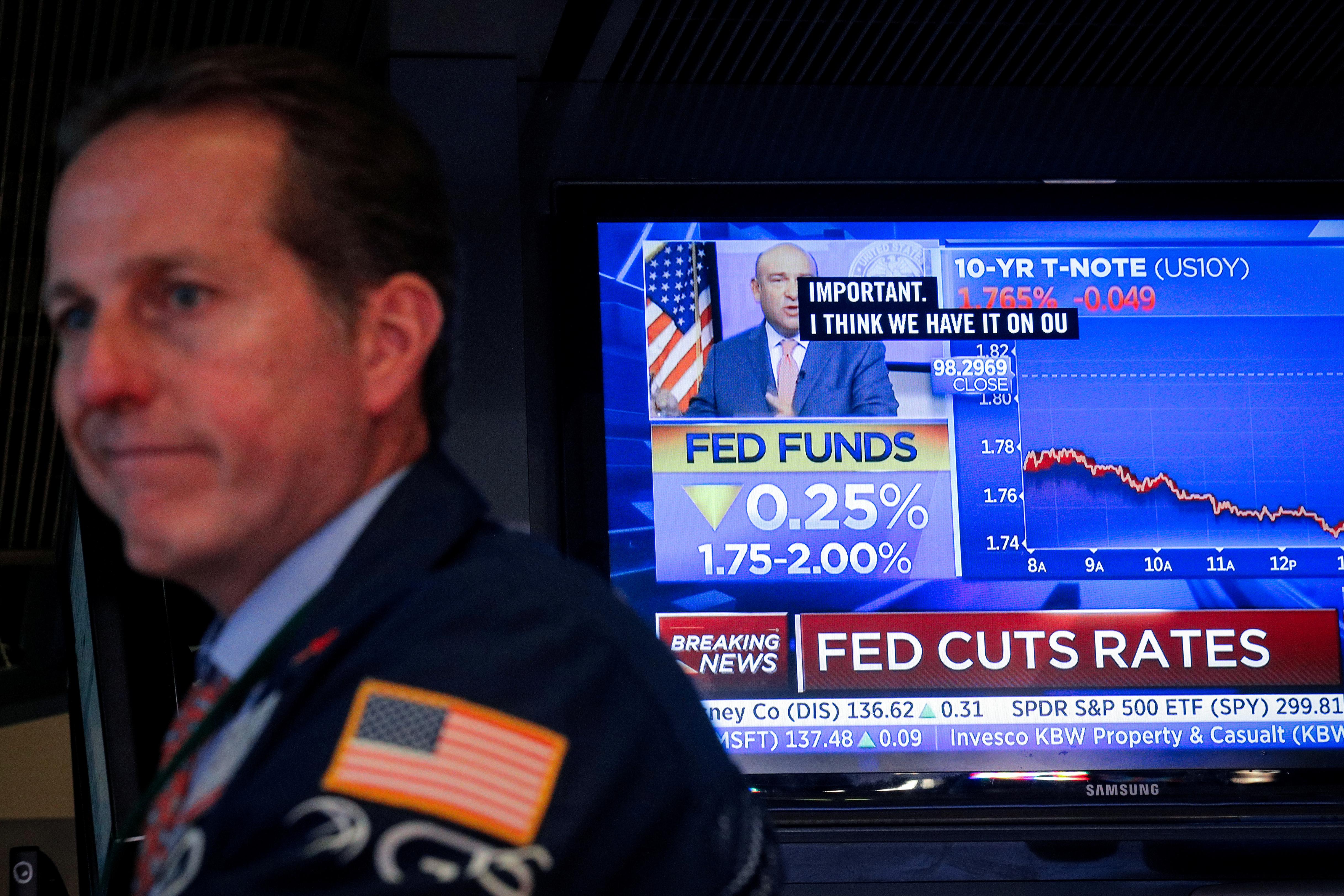 Fed officials have said the rate cuts are justified largely because of risks raised by Trump’s trade war with China, a global economic slowdown and other overseas developments.

Their aim, they say, is to balance the potential need for lower rates against the risk that cheaper money may cause households and businesses to borrow too much, as happened in the run-up to the financial crisis more than a decade ago.