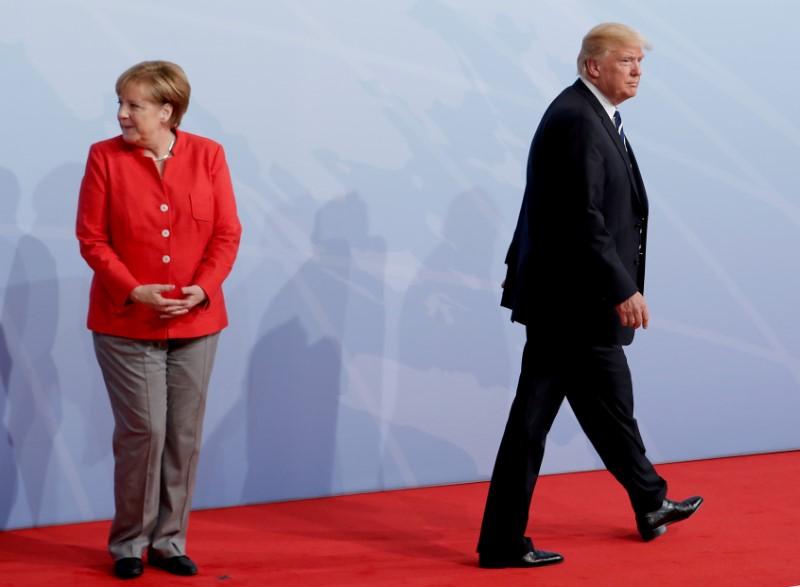 The announcement comes amid unprecedented tensions between the U.S. under President Donald Trump and its long-standing European allies over Washington’s planned introduction of steel tariffs that Europe fears will distort global trade.

“We have decided, with more emphasis than in the past, to push on with the‘Common Corporation Tax with France’ project,” Merkel said in her regular weekend video podcast when asked how Germany’s relative competitiveness could be maintained.

“That means when we decide on a joint corporation tax assessment basis for France and Germany, we will also consider the realities that are unfolding in America,” she added in response to questions by a business studies student.

At the end of last year, the Trump administration floated a tax plan that envisaged slashing the corporation tax from 35 percent -“very high”, according to Merkel – to 21 percent, prompting protests from European finance ministers.

The Europeans fear that international tax competition will increase because of the U.S. moves. So EU members, especially Germany and France, see the need for more tax policy cooperation among themselves to make their markets more competitive.