BRUSSELS (Reuters) – Facebook boss Mark Zuckerberg apologized to European Union lawmakers on Tuesday for a massive data leak, in his latest attempt to draw a line under a scandal that has rocked the world’s biggest social media network.

Zuckerberg agreed to meet leaders of the European Parliament to answer questions about how political consultancy Cambridge Analytica improperly got hold of the personal data of 87 million Facebook users, including up to 2.7 million in the EU.

In his opening remarks, Zuckerberg said it had “become clear over the last couple of years that we haven’t done enough to prevent the tools we’ve built from being used for harm as well.”

“Whether it’s fake news, foreign interference in elections or developers misusing people’s information, we didn’t take a broad enough view of our responsibilities. That was a mistake, and I’m sorry.”

His comments, sitting at a circular table with EU Parliament leaders, dressed in a suit, tie and white shirt, echo an apology last month to U.S. lawmakers.

But questions remain over how Facebook let the leak happen and whether it is doing enough to prevent a recurrence.

Zuckerberg’s appearance in Brussels comes three days before tough new EU rules on data protection take effect. Companies will be subject to fines of up to 4 percent of global turnover for breaching them.

In the session, Manfred Weber, leader of the centre-right in the European Parliament and an ally of German Chancellor Angela Merkel, asked Zuckerberg why Facebook shouldn’t be broken up as a monopoly.

Zuckerberg declined to answer specific questions on the cross-use of data from Facebook, its WhatsApp messaging service which has more than one billion daily users, and the blocking of target ads. As he did with a series of questions from U.S. lawmakers last month, Zuckerberg said he would send follow-up answers later.

However, he said Facebook expected to be compliant with the EU rules, called the General Data Protection Regulation, when they come into force on May 25, stressing the company’s commitment to Europe where it will employ 10,000 people by the end of the year.

“I believe deeply in what we’re doing. And when we address these challenges, I know we’ll look back and view helping people connect and giving more people a voice as a positive force here in Europe and around the world,” he said.

Zuckerberg’s appearance produced little new information about Facebook’s operations. He repeated points he previously made to U.S. lawmakers about Facebook’s plans to hire more staff and to try to develop artificial intelligence to catch hate speech and other banned material.

He avoided giving details about how non-Facebook users could stop the company from collecting their data, changing the subject to the company’s relationship with third-party apps.

Facebook’s CEO Mark Zuckerberg answers questions about the improper use of millions of users’ data by a political consultancy, at the European Parliament in Brussels, Belgium, in this still image taken from Reuters TV May 22, 2018. REUTERS/ReutersTV

Last month, Facebook said it had no plans to build a tool to allow non-users to find out what the company knows about them, something that U.S. lawmakers had asked about.

Since the Cambridge Analytica scandal, Facebook has suspended 200 apps from its platforms as it investigates third-party apps that have access to large quantities of user data.

Cambridge Analytica and its British parent, SCL Elections Ltd, have declared bankruptcy and closed down.

Zuckerberg said investments in security would significantly impact Facebook’s profitability, but “keeping people safe will always be more important than maximizing our profits”.

Some European officials want a tougher line on big technology firms, however.

Facebook’s compliance with the new EU data rules will be closely watched, as will its efforts to tackle the spread of fake news ahead of European Parliamentary elections next year.

“Some sort of regulation is important and inevitable,” Zuckerberg said, but he echoed calls in the United States that innovation should not be stifled.

“The important thing is …to make sure that we have regulatory frameworks that help protect people that are flexible so that they allow for innovation,” he said. 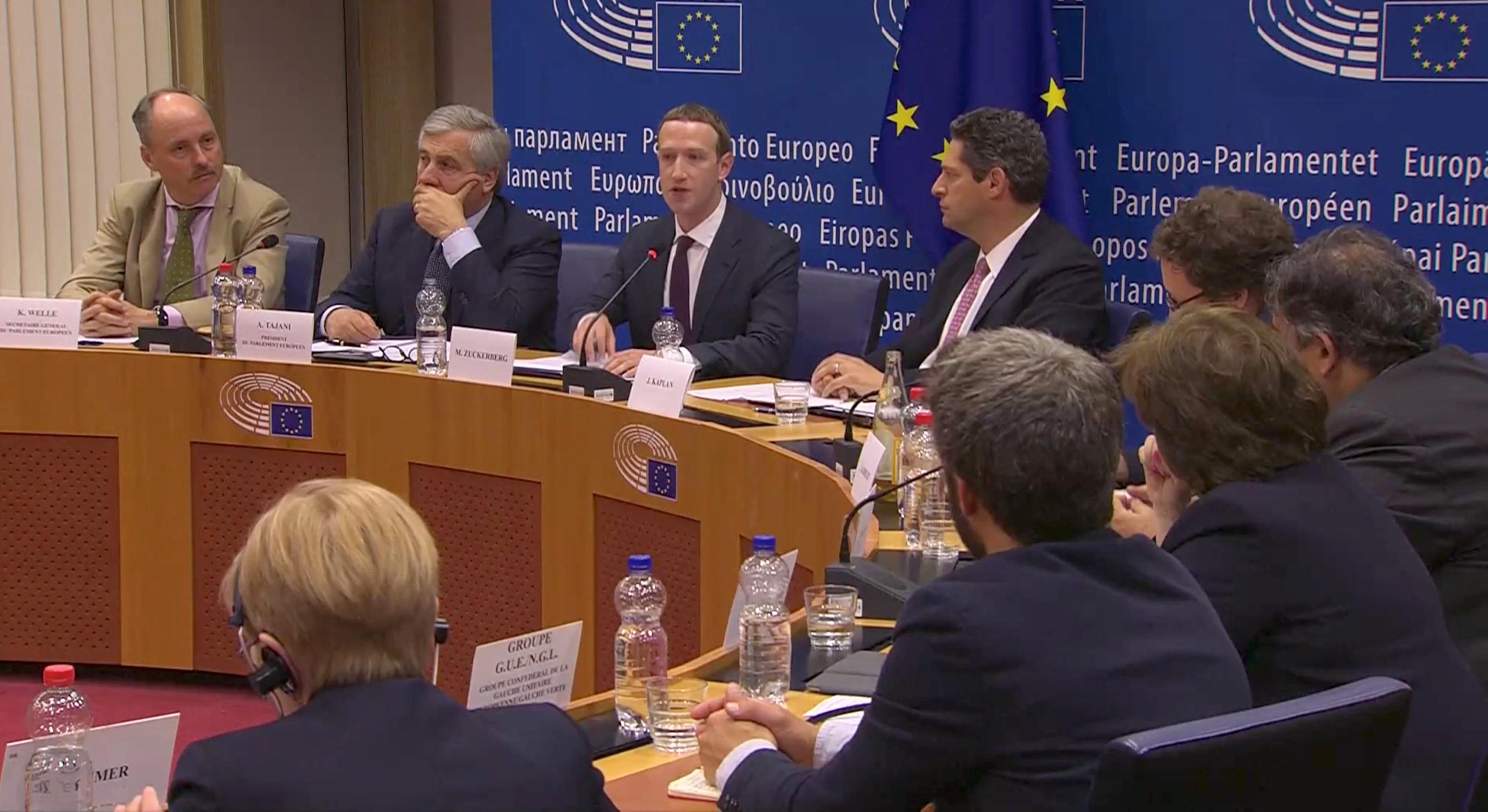 After plunging when the data leak scandal broke in March, Facebook shares have recovered, helped by stronger-than-expected quarterly results.

Zuckerberg will go on to meet French President Emmanuel Macron on Wednesday but has so far declined to appear in front of British lawmakers.