WASHINGTON/SAN FRANCISCO (Reuters) – Mark Zuckerberg on Wednesday told lawmakers that he was among the 87 million or so Facebook Inc users whose data was improperly shared with political consultancy Cambridge Analytica.

But the chief executive of the world’s largest social media network pushed back on Congress members’ suggestions that users do not have enough control of their data on Facebook.

“Every time that someone chooses to share something on Facebook … there is a control. Right there. Not buried in the settings somewhere but right there,” the 33-year-old internet billionaire told the U.S. House of Representatives Energy and Commerce Committee.

Zuckerberg’s admission that his own data made its way into the hands of Cambridge Analytica laid bare that even the company’s technologically adept founder was unable to protect his own information from parties seeking to exploit it.

That underscores the problem Facebook has in persuading lawmakers that users can safeguard their own information if they carefully manage their personal settings and that further legislation governing Facebook’s use of data is unnecessary.

Wearing a dark suit and tie and prefacing almost every remark with “Congressman” or “Congresswoman”, Zuckerberg repeatedly defended the company’s privacy practices, saying that users have control over their own data and decide what to share. But when asked if his data had been improperly used he replied: “Yes.” He gave no further details.

Zuckerberg was on Capitol Hill for the second time in two days to answer questions about data privacy in the wake of revelations last month that millions of users’ personal information was wrongly harvested from the website by Cambridge Analytica, a political consultancy that has counted U.S. President Donald Trump’s election campaign among its clients.

Facebook CEO Mark Zuckerberg is surrounded by members of the media as he arrives to testify before a Senate Judiciary and Commerce Committees joint hearing regarding the company’s use and protection of user data, on Capitol Hill in Washington, U.S., April 10, 2018. REUTERS/Leah Millis

The latest estimate of affected users is up to 87 million.

The data was improperly shared with Cambridge Analytica by an academic who gathered data on users and their friends through a questionnaire app on Facebook. Facebook has since shut off the ability of apps to gather such data, but Zuckerberg said on Wednesday it will take “many months” to complete an audit of other apps to determine if they also improperly used data.

The House hearing followed a five-hour questioning by U.S. Senators on Tuesday, in which Zuckerberg made no further promises to support new legislation or change how the social network does business.

Facebook shares were up 1.2 percent on Wednesday after dips earlier in the day. They posted their biggest daily gain in nearly two years on Tuesday as Zuckerberg managed to deter any specific discussion about new regulations that might hamper Facebook’s ability to sell ads tailored to users’ profiles.

“It is inevitable that there will need to be some regulation” of internet firms, Zuckerberg said on Wednesday, but he again steered away from any specifics.

Some lawmakers grew frustrated at their limit of four minutes each to press Zuckerberg on specifics, and chastised the billionaire at times for offering up rehearsed platitudes about valuing user privacy.

“I can’t let you filibuster right now,” Republican Representative Marsha Blackburn said at one point. She cut Zuckerberg off a number of times. 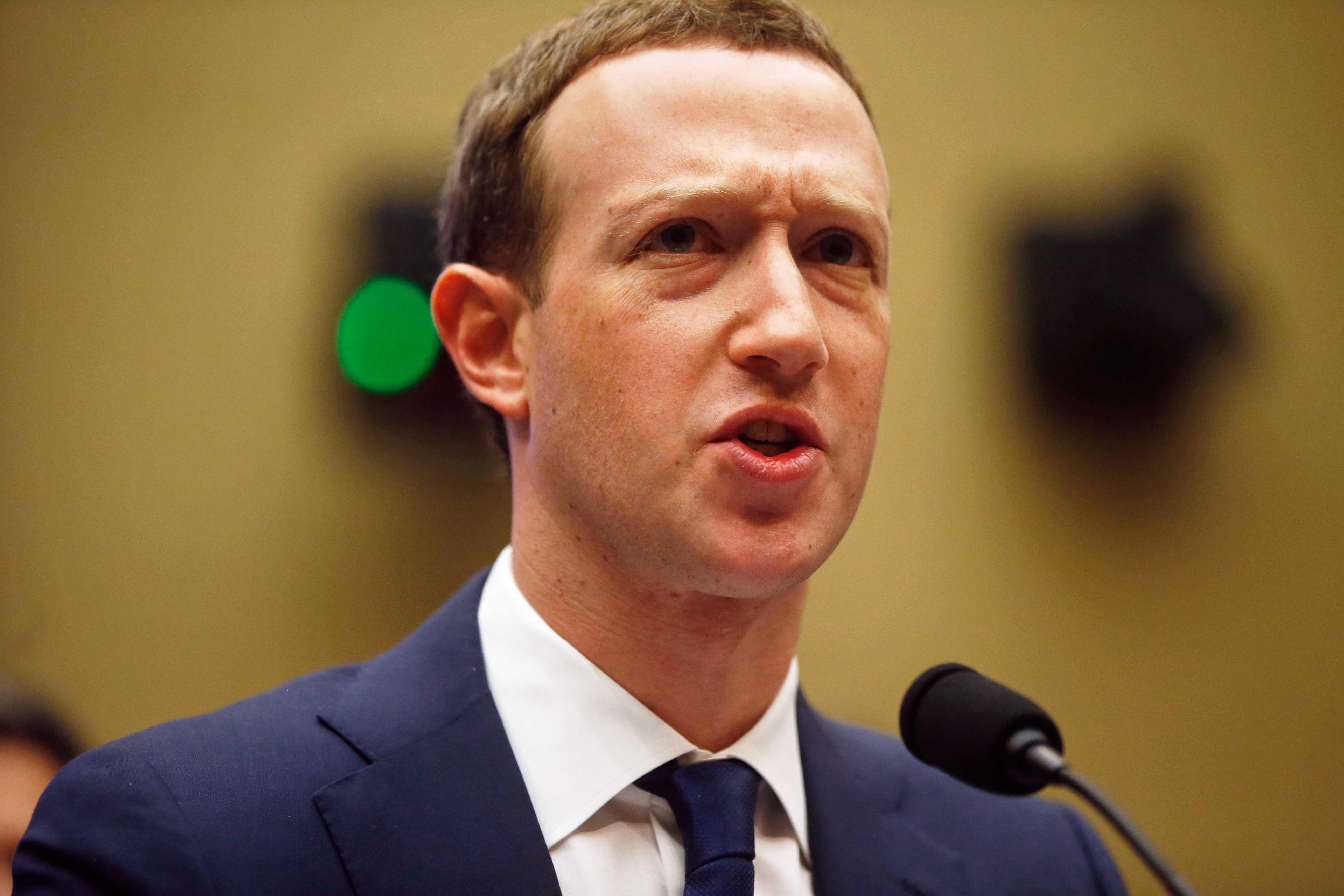 Bobby Rush, an Illinois Democratic congressman, was in the process of asking Zuckerberg when he learned that Facebook allowed advertisers to prevent ads from being shown to certain minority groups, a possible violation of civil rights laws. He was cut off.

Reporting by Dustin Volz and David Shepardson in Washington and David Ingram in San Francisco; Editing by Bill Rigby and Susan Thomas