DALLAS (Reuters) – Exxon Mobil Corp shareholders on Wednesday rejected a proposal to split the chief executive officer and board chairman roles that some had promoted to protest a decision to strike an unrelated climate change resolution from the ballot.

FILE PHOTO: A logo of the Exxon Mobil Corp is seen at the Rio Oil and Gas Expo and Conference in Rio de Janeiro, Brazil September 24, 2018. REUTERS/Sergio Moraes

Two institutional shareholders had urged a vote in favor of the role split after Exxon got the U.S. Securities and Exchange Commission to strike a climate change measure from its ballot.

The protest fizzled, with about 41% of the votes supporting the separation at the company’s annual meeting, little more than the more than the 38% approval votes that similar resolutions garnered in recent years.

Shareholders also defeated measures calling for a special board committee on climate change and for a report on the risks of climate change to Exxon’s U.S. Gulf Coast chemical plants.

At Chevron Corp’s annual meeting on Wednesday, a proposal to create an independent chairman received just 26% of votes, and only 8% of votes favored a board committee on climate change.

In contrast, 99% of shareholders at BP Plc last week favored a resolution calling for the British oil company to meet a climate accord seeking to curb a rise in global temperatures. Royal Dutch Shell last year agreed to set targets to reduce greenhouse gas emissions and link them to executive pay.

New York state’s pension fund and the Church Commissioners for England, the endowment fund of the Church of England, had backed the independent chairman’s proposal at Exxon after their resolution seeking emissions goals was struck from the ballot.

Exxon has been in “open conflict about climate strategy and disclosure” with its investors, said Edward Mason, who represented the Church of England and presented two climate resolutions that failed to gain majority support.

Shareholders in recent years have pressed Exxon to define a path toward meeting the 2015 Paris climate agreement to limit global warming, but the company has not committed to any targets.

“Engagement on climate is important, but working on solutions through fundamental research and development for new technologies is also important,” Exxon Chief Executive Darren Woods said at the meeting.

Exxon has multi-billion-dollar expansion programs to find and produce new reserves of oil and natural gas, as well as to expand its refining and chemical footprint. It has projected shale production of 1 million barrels per day in the Permian Basin, the top U.S. shale field, as early as 2024.

Woods said the company would continue to engage with shareholders as part of a “a years-long process.”

“The climate crisis is real and they have contributed to it,” said Olinka Green, 50, of Dallas, who held a sign saying, “There is no Planet B.” 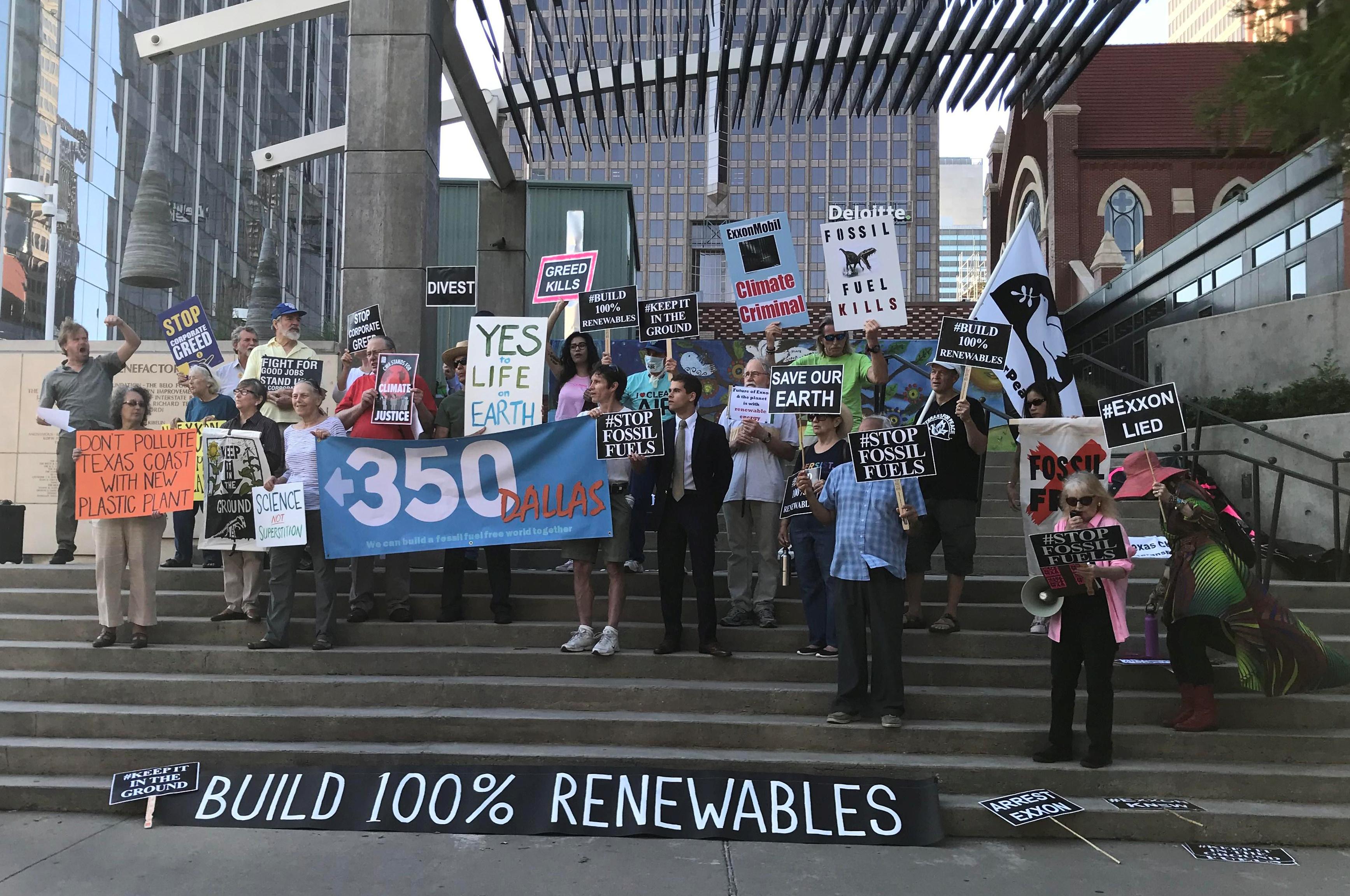 Exxon is pushing ahead in China despite the trade war between the two countries, and Woods said its plans have not been interrupted.

Last year it was approved for an about $9 billion liquefied natural gas terminal and a massive chemicals project in China, the second foreign firm after Germany’s BASF to gain approval to operate such a plant without a local sponsor.

“That is a lifelong investment, a 50- to 100-year timeline investment,” Woods said. “While we’re sensitive to what we’re seeing in the current environment and the implications, and we’re making sure that we understand how issues can play themselves out, we’re also trying to put that in the context of this long-term time horizon we’re trying to manage.”

Mapping the Damage From the Beirut Explosions