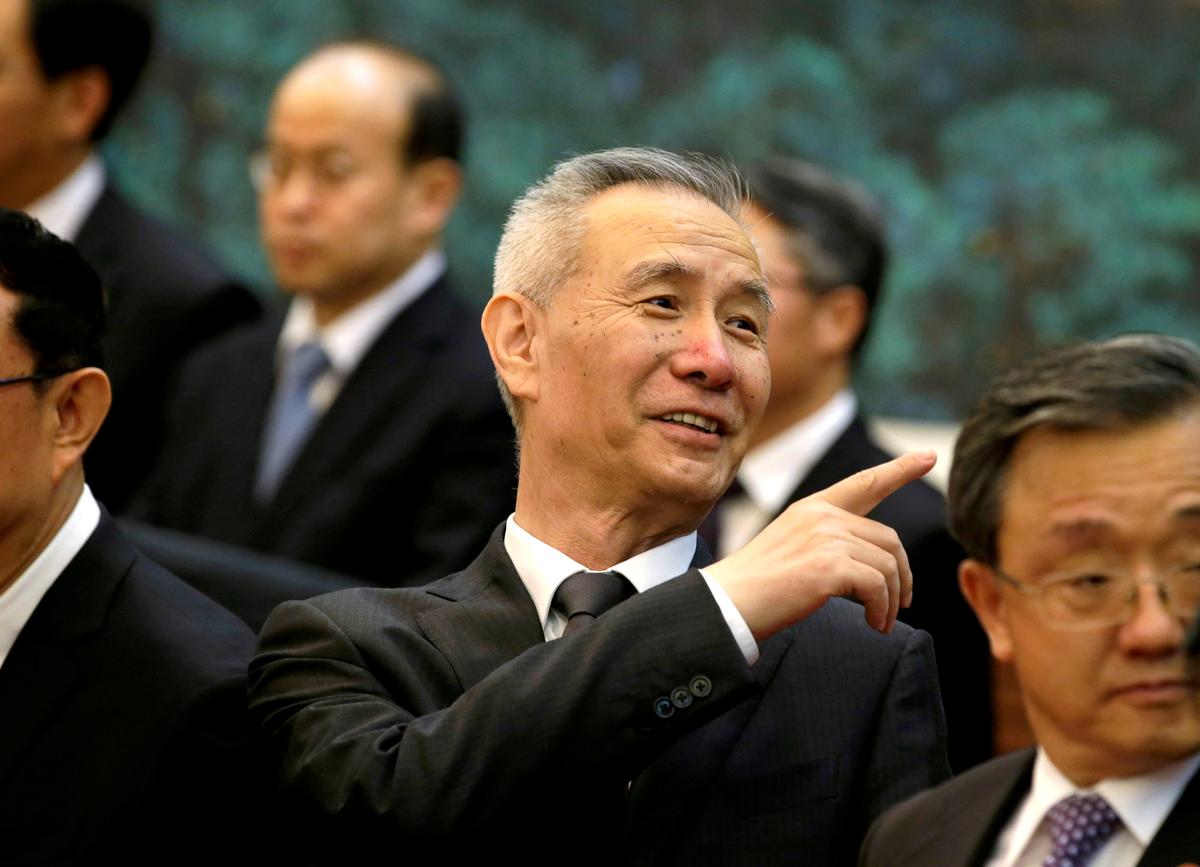 BEIJING (Reuters) – Liu He, a Harvard-trained economist who is a trusted confidant of Chinese President Xi Jinping, has emerged as the front runner to be the next governor of the People’s Bank of China (PBOC), according to three sources with knowledge of the situation.

Liu may be in a position to become one of China’s most powerful economic and financial officials ever, as he is already top adviser to Xi on economic policy and is also expected to become vice premier overseeing the economy.

Liu would replace current PBOC chief, 70-year-old Zhou Xiaochuan, who is China’s longest-running head of the central bank, having taken the job in 2002. Zhou is expected to retire around the time of the annual session of parliament in March, sources previously told Reuters.

The change would be part of a wider government reshuffle following the 19th Communist Party Congress in October last year, during which Xi laid out his vision for China’s long-term development, and elevated his key allies.

Speculation has been rife for months over the choice of the next central bank governor. Xi will have the final say, and the sources noted that while Liu is clearly the frontrunner he is not yet certain to get the job.

The PBOC and the State Council Information Office (SCIO), the government’s public relations arm, did not immediately respond to faxed requests for comment.

But at the congress, the influence of the 66-year-old Liu continued to grow. He was elected into the 25-member Politburo, the second-highest tier in Beijing’s political power structure after the seven-member Politburo Standing Committee.

Sources previously told Reuters that Liu, a fluent English speaker, is set to become one of China’s four vice premiers and would oversee the economy and financial sector.

Two of the sources said that Liu could serve concurrently as vice premier and head of the central bank.

Only Zhu Rongji in the early-1990s had held both the posts of vice premier and central bank governor simultaneously. Zhu later went on to become China’s premier from 1998-2003.

The leadership reshuffle at the PBOC is closely watched in global financial markets as monetary policy changes and any moves to further liberalize the financial system of the world’s second-largest economy would have repercussions well beyond China’s shores.

FILE PHOTO: A Chinese national flag flutters outside the headquarters of the People’s Bank of China, the Chinese central bank, in Beijing, April 3, 2014. REUTERS/Petar Kujundzic/File Photo

Liu’s appointment would mean the central bank would continue to be led by a “national leader”, which could reinforce its policy influence, stability and financial oversight powers.

Zhou has spearheaded financial reforms and boosted the yuan currency’s global clout, as well as the central bank’s policy influence.

But unlike western central banks, the PBOC does not have the final word on adjusting interest rates and the value of the yuan.

Liu said last month at the World Economic Forum in Davos that China will roll out fresh market-opening measures this year that could exceed “international expectations”.

But the next leader of the central bank will face tough challenges as he will have to walk a tightrope between ensuring economic stability and pushing reforms to rein in debt risks.

Sources said Liu is well qualified for the PBOC job given his deep understanding of China’s economic issues, and his role in communications between China and U.S. leaders.

Liu, who gained a master’s degree in public administration at Harvard’s Kennedy School of Government in 1995, won a top Chinese economics study award in 2015 for his research on the global financial crisis.

He was also widely seen by political analysts as being behind the voice of an unnamed “authoritative person” who wrote in the People’s Daily, the party’s mouthpiece, in May 2016 warning about risks from the country’s debt-driven growth model.

Liu, like Zhou, stands out among Chinese bureaucrats because of his grey hair. Many top officials dye their hair jet-black.

Liu, who currently heads the General Office of the ruling Communist Party’s Central Leading Group for Financial and Economic Affairs, is also set to become the head of the cabinet-level Financial Stability and Development Committee (FSDC), sources previously told Reuters.

He has been closely following Xi on regional tours and meetings with foreign leaders. When then-U.S. National Security Adviser Tom Donilon visited Beijing in 2013, Xi introduced Liu as “very important to me”, according to the Wall Street Journal.

Liu and Xi have similar backgrounds – both their families were purged during the 1966-76 Cultural Revolution, and both their fathers were senior officials.

“Without the reflection on the catastrophe of the Cultural Revolution, it is impossible for China to have today’s economic growth,” Liu said in an article published in 2017.

A source with ties to the leadership previously told Reuters that Xi and Liu knew each other during their teens, and have kept in touch over the years.