NEW YORK (Reuters) – The U.S. Environmental Protection Agency has granted a financial hardship waiver to an oil refinery owned by billionaire Carl Icahn, a former adviser to President Donald Trump, exempting the Oklahoma facility from requirements under a federal biofuels law, according to two industry sources briefed on the matter.

The waiver enables Icahn’s CVR Energy Inc (CVI.N) to avoid tens of millions of dollars in costs related to the U.S. Renewable Fuel Standard (RFS) program. The regulation is meant to cut air pollution, reduce petroleum imports and support corn farmers by requiring refiners to mix billions of gallons of biofuels into the nation’s gasoline and diesel each year.

The Small Refiners Coalition, which represents companies that operate small refining facilities, has defended the EPA’s waiver program, saying the EPA is required by law to help small refineries struggling with the RFS and that the exemptions are crucial to their financial well-being.

But the exemption for CVR’s Wynnewood, Oklahoma, plant prompted fresh criticism from the powerful corn lobby, which already has accused Trump’s EPA of overusing the hardship waiver program in a way that hurts demand for ethanol.

“This one’s going to be hard for (Scott) Pruitt to explain,” Brooke Coleman, head of the Advanced Biofuels Business Council industry group, said in an email on Friday, referring to the EPA administrator.

CVR spokeswoman Brandee Stephens declined to comment regarding the waiver. Efforts to reach Icahn and his attorney for comment were not successful.

EPA spokeswoman Liz Bowman said in an email that the agency does not comment on specific refineries. “But, what I can tell you is that the criteria used to grant waivers has not changed since previous administrations.”

The EPA has said it has granted more than two dozen waivers for 2017 but has declined to name the recipients, deeming it confidential business information. Under Democratic then-President Barack Obama’s administration, the EPA granted about eight waivers annually, and records show CVR had been denied on at least one occasion.

Reuters has reported that Andeavor (ANDV.N), one of America’s biggest refining companies, which reported about $1.5 billion in net profit last year, is among the other companies that have received hardship waivers from Trump’s EPA for its small refineries.

An early supporter of Trump’s 2016 presidential run and a key supporter on Wall Street, Icahn had met with Pruitt when Pruitt was being vetted in late 2016 for the EPA administrator job, according to news reports at the time.

Icahn stepped down from his position as special regulatory adviser to the Republican president last August after lawmakers cited potential ethical problems in his dual role as an adviser and an investor.

Currently, Icahn is under investigation by the U.S. Department of Justice for his role in influencing biofuels policy while serving as Trump’s adviser. Some U.S. lawmakers have expressed concern that Icahn may have used his presidential access to benefit his investments, a charge Icahn has rejected. 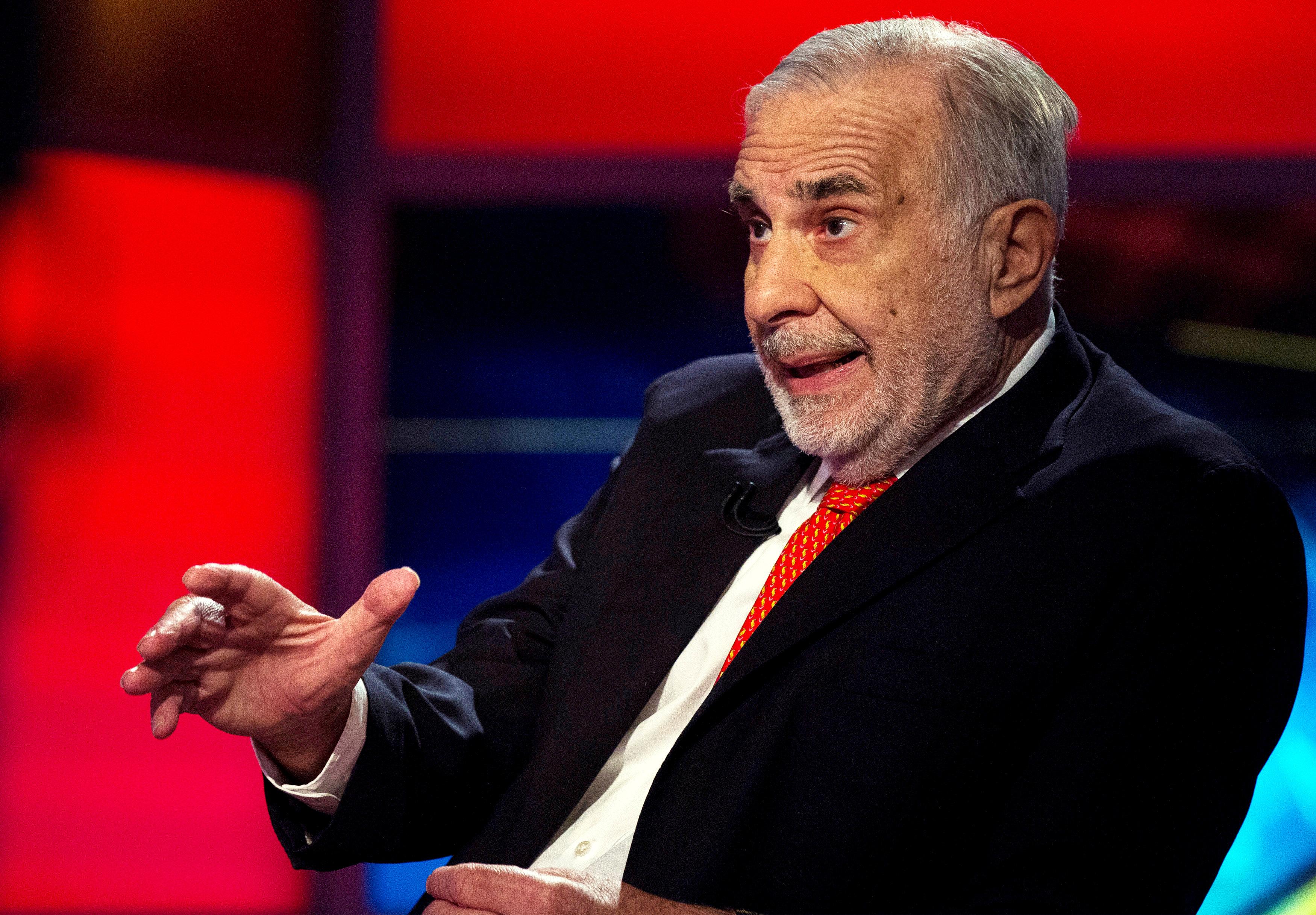 To prove RFS compliance, refiners must earn or purchase tradable blending credits – awarded by the government for each blended gallon of fuel – and hand them in to the EPA yearly.

The EPA has the authority to exempt small refineries of under 75,000 barrels per day from the requirement under the hardship waiver program if they can prove that compliance would cause them “disproportionate financial hardship.”

With the exemption, CVR would not have to turn over the credits related to the Wynnewood facility for 2017, according to the two sources, who spoke on condition of anonymity.

The waiver was granted in recent months but the sources did not say precisely when.

The Trump administration has fielded a surge of applications from small refiners for the hardship exemptions, driven by a 2017 federal appeals court ruling that the EPA had been using too narrow a definition of “financial hardship” in its waiver assessments under Obama.

The Trump administration has also expressed an eagerness to help refiners cope with the RFS, and hosted a series of meetings at the White House to discuss possible solutions, further encouraging applications.

The waivers have the potential to save companies tens of millions of dollars, by allowing them to avoid blending or paying for credits on the open market, and by permitting them to sell any credits they have on hand to others.

CVR this week reported a $23 million profit in the biofuels credit market in the first quarter of 2018 due to what it called a lower RFS obligation, an unusual return for a refiner that has no biofuel blending facilities.

The company also said it expects its cost of complying with the RFS requirements to fall to $80 million for the entirety of 2018 from a previous estimate of $200 million, and from roughly $249 million in 2017.

Chief Executive Officer David Lamp said in a conference call with analysts on Thursday that he would not discuss whether the improved numbers were derived from an EPA waiver.

Reporting by Jarrett Renshaw and Chris Prentice; Editing by Richard Valdmanis, Will Dunham and Jonathan Oatis