The 5,000th car finished final quality checks at the Fremont, California factory and was ready to go around 5 a.m. PDT (1200 GMT), one person said. It was not clear if Tesla could maintain that level of production for a longer period of time.

Tesla did not immediately respond to a request for comment.

Tesla had a goal of producing 5,000 Model 3s per week before the close of the second quarter on Saturday to demonstrate it could mass produce the battery-powered sedan.

Money-losing Tesla has been burning through cash to produce the Model 3, and delays have also potentially compromised Tesla’s first-to-market position for a mid-priced, long-range battery electric car as a host of competitors prepare to launch rival vehicles. 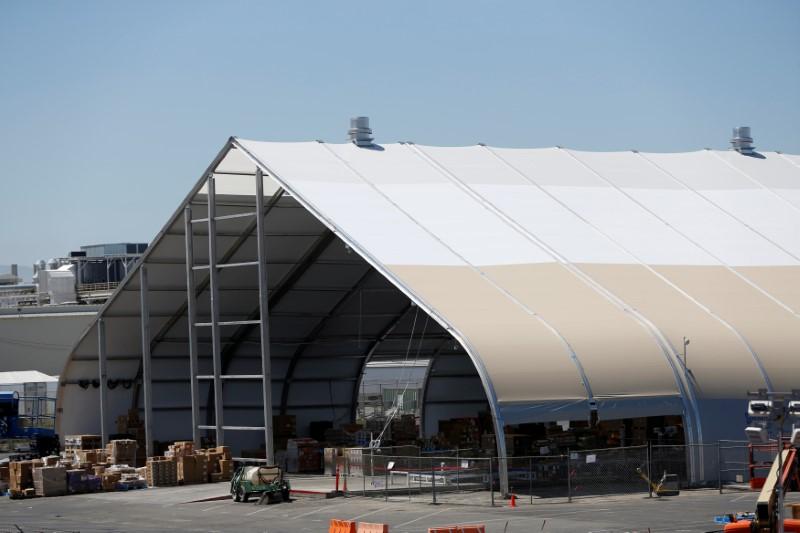 Production of the Model 3 has been plagued by a number of issues, including problems with an over-reliance on automation on its assembly lines, battery issues and other bottlenecks.

As the end of the quarter neared, Musk spurred on workers, built a new assembly line in a huge tent outside the main factory, and fanned expectations that Tesla could hit its target, including tweeting pictures of rows of auto parts and robots over the final days of the quarter.

“It was pretty hectic,” said one worker who described the atmosphere as “all hands on deck.”

Another worker speaking after the 5,000th car was made described the factory as a “mass celebration.”

Tesla is likely to announce production and delivery numbers for the quarter later this week, and investors will watch to see whether the company can keep up its end-of-quarter production speed.

The company regularly engages in so-called “burst builds,” temporary periods of fast-as-possible production, which it uses to estimate how many cars it is capable of building over longer periods of time.

Analyst Brian Johnson of Barclays warned investors in March to be wary of brief “burst rates” of Model 3 production that were not sustainable.

Tesla said in May that its net Model 3 reservations – accounting for new orders and cancellations – exceeded 450,000 at the end of the first quarter.

Tesla in January pushed back its target date for building 5,000 vehicles per week to the end of the second quarter, the latest in several delays that have concerned some investors.

Steady progress has enthused others, however, and Tesla’s market value is close to that of General Motors Co (GM.N). The company has said it will not need to raise cash this year.

June was turbulent for Tesla. It laid off 9 percent of its workforce, endured at least two fires at its Fremont, California plant and accused a former employee of engaging in sabotage for speaking to the media. The ex-worker claims he is a whistleblower.

In early June, Musk said it was “quite likely” that Tesla could deliver 5,000 Model 3s per week by the end of quarter. At the time, Tesla was producing 3,500 of the vehicles per week, he said.

As the end of June approached, workers told Reuters that the company was building fewer than its 5,000-per week goal.