SEATTLE (Reuters) – NASA has warned SpaceX and Boeing Co of design and safety concerns for their competing astronaut launch systems, according to industry sources and a new government report, threatening the U.S. bid to revive its human spaceflight program later this year.

NASA is paying SpaceX $2.6 billion and Boeing $4.2 billion to build rocket and capsule launch systems to return astronauts to the International Space Station from U.S. soil for the first time since America’s Space Shuttle program went dark in 2011.

For Boeing, they include the capsule’s structural vulnerability when the heat shield is deployed. For SpaceX, the report mentioned the redesign of a SpaceX rocket canister following a 2016 explosion and its “load and go” process of fueling the rocket with the crew already inside the capsule. “Parachute performance” remained an issue for both companies.

“There are serious challenges to the current launch schedules for both SpaceX and Boeing,” the report said.

For an interactive version of this story, click tmsnrt.rs/2V6pXyN

Two people with direct knowledge of the program told Reuters that the space agency’s concerns go beyond the four items listed, and include a risk ledger that as of early February contained 30 to 35 lingering technical concerns each for SpaceX and Boeing. Reuters could not verify what all of the nearly three dozen items are. But the sources familiar with the matter said the companies must address “most” of those concerns before flying astronauts and, eventually, tourists to space.

The NASA risk database is updated routinely during the course of NASA’s stringent certification process, which includes data collection, tests and collaboration with SpaceX and Boeing, the people said. The Boeing and SpaceX systems have already been delayed several times in recent years, which is common in this sector given the complexity of building multibillion-dollar spacecraft capable of shedding earth’s gravity.

Boeing spokesman Josh Barrett said the company “closed out” the capsule’s structural vulnerability risk when it completed its structural test program in January. While Boeing is working through a number of other issues, they “are not driving any major architectural system changes.”

SpaceX spokesman James Gleeson said the company, working with NASA, has developed “one of the safest, most-advanced human spaceflight systems ever built.”

“There is nothing more important to SpaceX than safely flying crew,” said Gleeson, calling it “core to our company’s long-term goal of enabling access for people who dream of flying to space.”

Founded by Tesla Inc Chief Executive Elon Musk, SpaceX has cut the cost of rocket launches with its pioneering reusable rocket technology, while Boeing traces its space business back to the first U.S. human space missions of the 1960s and is also the world’s largest planemaker.

The clock is ticking. The U.S. has been paying Russia about $80 million per ticket for a ride to the International Space Station, a $100 billion orbital research laboratory that flies about 250 miles (402 km) above Earth.

There are no seats available for U.S. crew on the Russia spacecraft after 2019 given production schedules and other factors. NASA said last week it was considering paying for two more seats to the space station for this fall and spring 2020 to ensure U.S. access.

The NASA plan for extra seats came a week after its safety panel said Congress should come up with a “mitigation plan” in case delays threaten U.S. access to the space station – echoing earlier concerns from the U.S. Government Accountability Office.

NASA is set to conduct a flight readiness review on Friday for SpaceX’s mission without a crew on March 2. NASA will decide whether to approve the test flight without a crew, while SpaceX addresses the issues raised for a human mission.

Three people familiar with the project say the U.S. space agency has identified some design discrepancies between earlier SpaceX capsules designed to haul cargo to the International Space Station, and a newer version designed to carry humans.

Some of the risks – such as those identified in the designs of the enormous parachutes that deploy when the capsule plummets back to Earth at supersonic speeds – are uncommon given how close SpaceX is to test flights, two of the people said.

The timing of deployment of the SpaceX parachutes and the interaction of the parachutes themselves have raised concerns about parachute performance, and potentially whether they will be able to slow down the capsule enough to ensure the crew’s safety, two people said.

SpaceX has completed 17 parachute tests for the Commercial Crew Program so far, with an additional 10 tests planned prior to Crew Dragon’s second demonstration mission, Gleeson said. He also said its parachute systems are designed with redundancy so the vehicle can still safely splashdown in the event that one parachute fails.

NASA’s safety panel said in its report that SpaceX may be required to re-design its parachute system. A re-design would likely trigger more testing and potentially weeks or months of extra delays, two of the people said.

NASA also found design problems with the system that helps orient SpaceX’s capsule in an upright position once it lands in the ocean, raising the risk of taking on excessive amounts of water, according to two industry sources and confirmed by a NASA official.

SpaceX’s Gleeson said Crew Dragon’s outer shell is water-resistant, and the spacecraft itself is buoyant and does not pose a risk to crew members after splashdown.

NASA announced earlier this month that SpaceX was now targeting March 2 instead of Feb. 23 for its un-crewed Crew Dragon test flight, with its astronaut flight planned for July. NASA explained the delay by citing vague concerns for both contractors, such as the need to complete hardware testing and other work.

NASA said Boeing’s un-crewed Starliner would fly “no earlier” than April, with the crewed mission currently slated for August. This is the schedule now at risk, according to the NASA report.

The challenges in front of Boeing include last year’s failure during a test of its launch-abort engines, which spilled caustic fuel on the test stand, Boeing’s Barrett said. The accident was caused by faulty valves which Boeing has re-designed and re-ordered from the supplier, though the new valves must be re-tested, Barrett said. 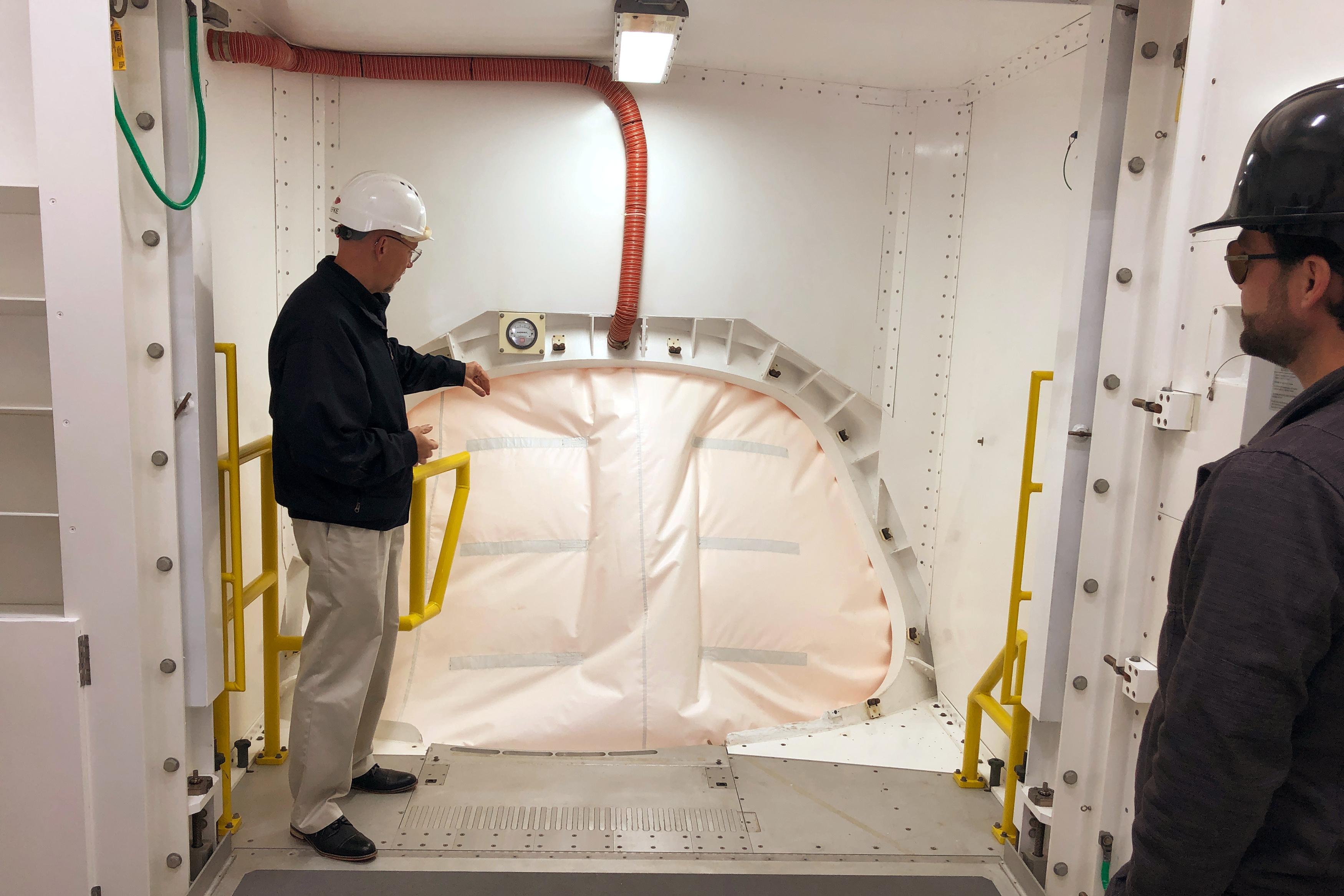 The test flights are also part of collecting the data needed to close out some risk items, NASA said.

“SpaceX and Boeing both have challenges, both comparable, from a safety perspective,” said one U.S. government source.