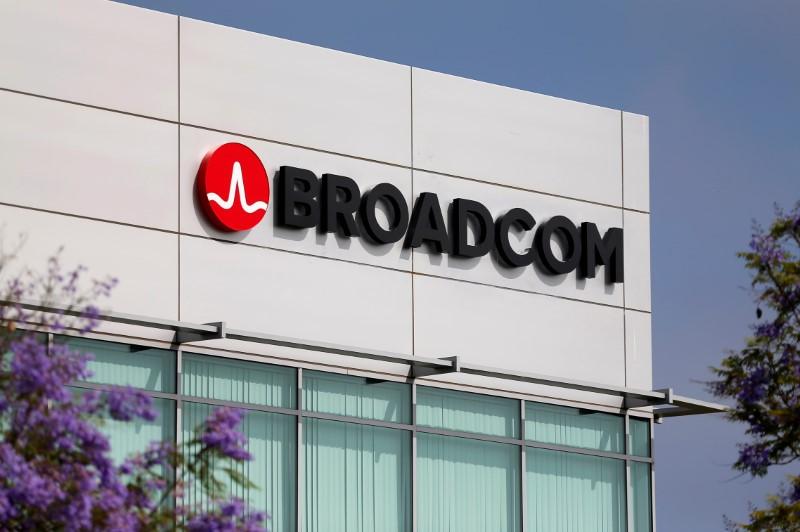 WASHINGTON (Reuters) – A national security panel that can stop mergers that could harm U.S. security has begun looking at Singapore-based chipmaker Broadcom Ltd’s plan to take over rival Qualcomm Inc, according to three sources familiar with the matter.

CFIUS, an opaque inter-agency panel, has been in touch with at least one of the companies in the proposed merger, one source said, and met last month to discuss the potential merger of the two big semiconductor companies, according to two sources familiar with the matter.

Senator John Cornyn, the No. 2 Republican in the Senate, urged Treasury Secretary Steven Mnuchin on Monday to have the Committee on Foreign Investment in the United States, or CFIUS, officially review the proposed transaction before a key shareholder vote expected on March 6, according to a letter seen by Reuters.

The pre-deal discussions by CFIUS — which are extremely rare — suggest Broadcom’s plans to move its headquarters to the United States before it completes its proposed purchase of Qualcomm may not be enough to sidestep a national security review that could threaten the deal.

Part of the CFIUS’ current concern, which is echoed in Cornyn’s letter, could lie in the fact that Broadcom has failed to strike a deal with Qualcomm and has resorted to what is essentially a hostile takeover by putting forward a slate of six Broadcom nominees for Qualcomm’s 11-member board.

If the six are elected on March 6, the vote would give control of Qualcomm to Broadcom’s nominees. That would happen before a CFIUS review or antitrust review is complete.

“I urge CFIUS to promptly review Broadcom’s proposed acquisition of control of Qualcomm’s board, and to act prior to the March 6 Qualcomm meeting to address any national security concerns that may be identified,” Cornyn wrote to Secretary Mnuchin, according to the letter, a copy of which was seen by Reuters.

A CFIUS review in itself does not mean a deal will be halted. CFIUS, under former President Barack Obama and current President Donald Trump, has soured on high tech deals, particularly involving semiconductors, or involving sensitive information about American citizens.

“Qualcomm is a crown jewel of the American semiconductor industry,” he said. “I would think that CFIUS would be very protective of that. … Singapore is nominally a friendly country but it still seems dangerous for that level of technology to go overseas.”

Broadcom, which is based in Singapore, struggled to win CFIUS approval to buy Brocade Communications Systems late last year. In the end, that approval came just weeks after Broadcom CEO Hock Tan announced in an Oval Office ceremony with Trump that Broadcom would return its headquarters to the United States.

Broadcom declined to comment on the CFIUS process for this deal but reiterated that it intends to move forward with its move to the United States after receiving approval to do so, which is expected on May 6.

Lawyers who take deals to CFIUS and know how the panel thinks said that it was unusual, if not unprecedented, for a company to move to the United States to avoid CFIUS scrutiny. But they also said that the strategy could work.

“Broadcom could very well establish its position as a U.S. person,” one expert said privately to protect business relationships. “Would CFIUS want to look at it? They would want to be comfortable that Broadcom is actually a U.S. person within the meaning of the statute.”

Others cautioned that CFIUS could also look at the make-up of Broadcom’s board and who the major shareholders are as a way to determine if control of the company resides outside the United States.