MOSCOW/DUBAI (Reuters) – Russia and Saudi Arabia struck a private deal in September to raise oil output to cool rising prices and informed the United States before a meeting in Algiers with other producers, four sources familiar with the plan said.

U.S. President Donald Trump has blamed the Organization of the Petroleum Exporting Countries (OPEC) for high crude prices and called on it to boost output to bring down fuel costs before the U.S. congressional elections on Nov. 6.

The deal underlines how Russia and Saudi Arabia are increasingly deciding oil output policies bilaterally, before consulting with the rest of OPEC.

The sources said Saudi Energy Minister Khalid al-Falih and his Russian counterpart Alexander Novak agreed during a series of meetings to lift output from September through December as crude headed toward $80 a barrel. It is now over $85.

“The Russians and the Saudis agreed to add barrels to the market quietly with a view not to look like they are acting on Trump’s order to pump more,” one source said.

Originally, the two countries had hoped to announce an overall increase of 500,000 barrels per day (bpd) from Saudi-led OPEC and non-OPEC Russia at a gathering of oil ministers in Algiers at the end of September.

But with opposition from some in OPEC, including Iran which is subject to U.S. sanctions, they decided to defer any formal decision until a full OPEC meeting in December.

“Saudi is trying to thread a needle with a rope by satisfying customer concerns about higher oil prices, but also wanting to keep prices from falling and sending the wrong price signal to industry which absolutely needs to continue to invest to prevent a supply crunch,” Yasser Elguindi, energy market strategist at consultancy Energy said.

Executives at the world’s biggest oil and gas companies are under growing pressure to loosen the purse strings to replenish reserves and halt declines in crude production after years of austerity.

Since the meeting in Algiers, Reuters has reported that Riyadh planned to lift output by some 200,000 bpd to 300,000 bpd from September to help fill the gap left by lower Iranian output due to the sanctions.

Iran accused Saudi Arabia and Russia on Wednesday of breaking OPEC’s agreement on output cuts by producing more crude, adding that the two countries would not be able to produce enough oil to make up for a reduction in Iranian exports.

A source at a major Russian oil company told Reuters: “I would expect Russia’s oil production will hover at around 11.4 to 11.6 million bpd until the end of 2018 and may increase further to 11.8 million bpd later on in 2019.”

Russian President Vladimir Putin said on Wednesday it could raise production by 200,000 to 300,000 bpd to tackle possible fuel shortages while Falih said Saudi Arabia will increase output further in November from 10.7 million bpd.

Perry was made aware of the Saudi-Russia plan to lift output before the Algiers gathering, meeting with Falih three times in September and Novak once. The three did not meet together.

Perry’s spokeswoman Shaylyn Hynes did not comment on details of the talks but said the energy secretary, “continues to be engaged with leaders from other major oil producing nations and remains confident in their ability to boost output if needed”.

She said Perry had in recent meetings “impressed upon his counterparts that keeping supply up is important for the global economy”.

Oil prices rose to $85 a barrel this week as buyers of Iranian crude wound down their purchases to meet the terms of U.S. sanctions on Tehran.

Sources said Riyadh would help fill that shortfall because buyers needed replacement supplies. Saudi Arabia has spare capacity to produce oil at a higher rate and holds a large volume of crude in storage.

At the same time, Saudi Arabia is keen to maintain unity among the so-called OPEC+ alliance, a group comprising OPEC states, Russia and several other producers that has agreed on output curbs. That’s because it may need to change course and seek the collaboration of OPEC+ for any future production cuts.

“To cover those losses, Saudi Arabia, Russia and the other Gulf countries are increasing production, but this will bring down the global spare capacity to a 10-year low.”

In the run up to the private deal with Russia, Falih flew to the United States during the second week of September where he and fellow Texas A&M University alumnus Perry attended a football game in College Station, Texas.

Falih then held official talks with Perry in Washington on Sept. 10, the U.S. Energy Department has said.

Perry told Reuters during his Moscow visit that Saudi Arabia, the United States and Russia had enough capacity between them to compensate for the loss of Iranian supply over the next 18 months.

After Moscow, Falih and Perry met again in Vienna where they attended an event in the Austrian capital, sources said.

“Perry was aware that Russia is going to ramp up oil output,” a third source familiar with talks said.

It was at this point that Falih and Novak discussed announcing a 500,000-bpd increase at the Sept. 23 Algiers meeting of OPEC and non-OPEC countries. The plan did not materialize, with any formal decision deferred until a regular OPEC meeting in Vienna on Dec. 6. 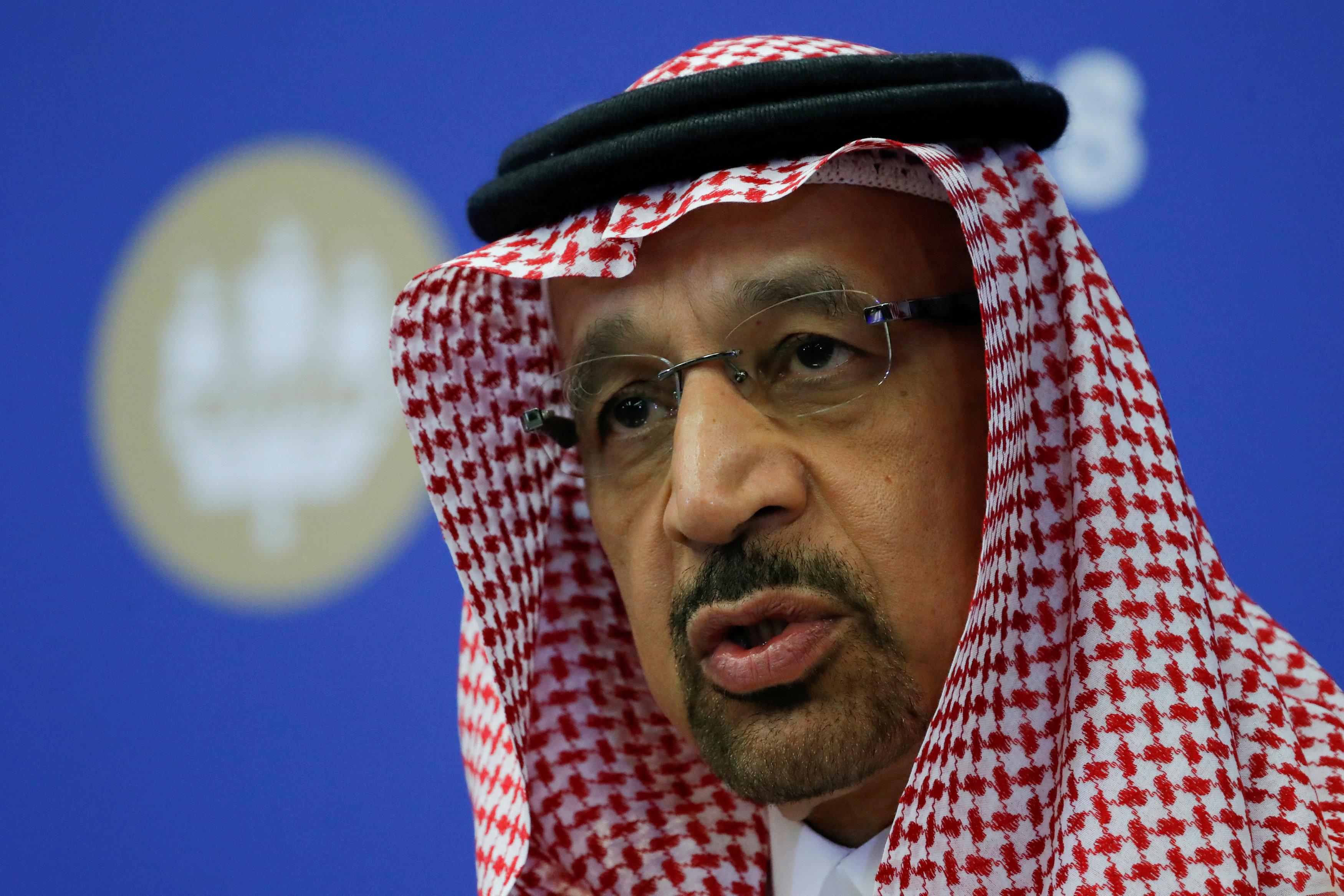 “Saudi Arabia is not going to flood the market and risk a price crash. Saudi Arabia has to work with other producers and see what are they doing, who is raising exports and to which market,” another source said.