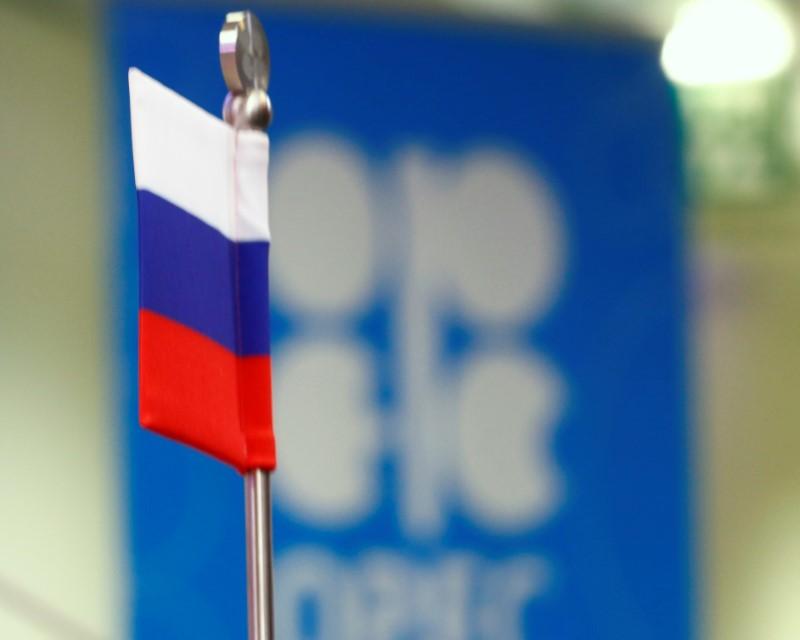 NEW YORK (Reuters) – OPEC and Russia are working on a long-term deal to cooperate on oil supply curbs that could extend controls over world oil supplies by major exporters for many years to come.

The Russian flag and the OPEC logo are seen before a news conference in Vienna, Austria, October 24, 2016. REUTERS/Leonhard Foeger

“We are working to shift from a year-to-year agreement to a 10-20 year agreement,” the crown prince told Reuters in interview in New York.”We have agreement on the big picture, but not yet on the detail.”

Top OPEC producer Saudi Arabia recruited Russia and other producers to collaborate with the Organization of Petroleum Exporting Countries when oil prices collapsed from over $100 a barrel in 2014 to below $30 in 2016.

Crude has recovered to $70 but fast-rising output from U.S. shale producers has capped prices.

Russia, never a member of OPEC, has worked alongside OPEC during previous oil gluts, dating back to 1990, but a 10-20 year deal between the two would be unprecedented.

The crown prince said a flotation of 5 percent of state Saudi oil company Aramco could take place at the end of 2018 or early 2019, depending on market conditions.