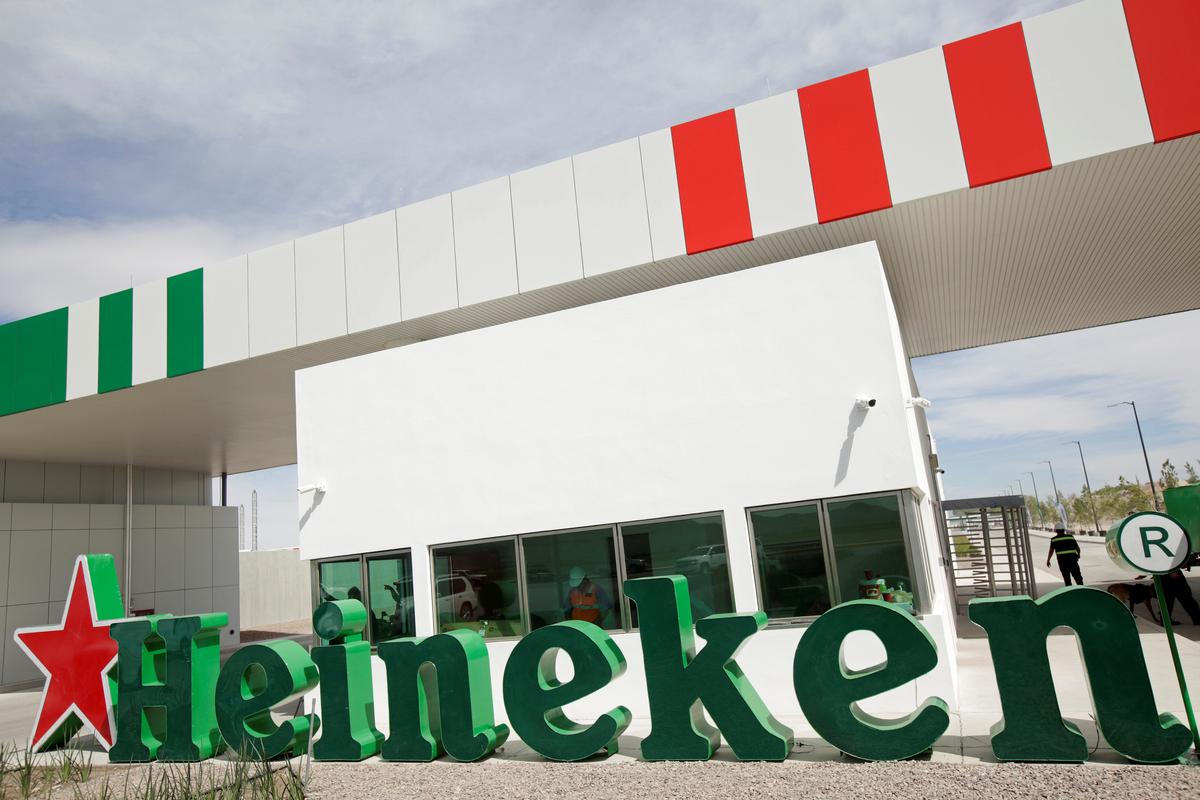 HONG KONG (Reuters) – China Resources Beer (Holdings) Co Ltd is in talks to acquire Heineken NV’s China business in a deal that could be worth more than $1 billion, as the country’s largest brewer seeks new growth from premium brands, five people close to the discussions said.

FILE PHOTO: A Heineken sign is seen at the main access to the new Heineken brewery in Meoqui, in Chihuahua state, Mexico February 27, 2018. REUTERS/Jose Luis Gonzalez

The negotiations come as global beer giants such as Heineken, AB InBev (ABI.BR) and Carlsberg (CARLb.CO) are facing fierce competition from local rivals and each other in emerging markets, which have been touted as the growth engine for the world’s biggest brewers.

(For a graphic on ‘Global beer market interactive’ click tmsnrt.rs/2xMlHgE)

China is the world’s largest beer market by volume. CR Beer’s biggest brand, Snow, is the world’s top-selling beer, but is almost exclusively sold in China.

One of the sources said the deal between CR Beer and Heineken would most likely include three breweries – in Guangdong, Hainan and Zhejiang provinces – Heineken’s distribution operation and its brands in China.

The two brewers have discussed a share-swap as part of the transaction, the source said.

Details have not been finalised and talks could yet fall apart, the sources said. They declined to be identified as the information is not public.

Heineken, which entered China in 1983, has struggled to set up a strong distribution network and to make a mark with its flagship Heineken lager, which lags far behind AB InBev’s Budweiser in the premium market, industry analysts say.

The Dutch brewer had a 0.5 percent share of the China market by volume in 2016, according to research firm Euromonitor International, while CR Beer accounted for more than a quarter.

Heineken sells its premium lagers Heineken, Tiger and Sol in China, along with cheaper local brands Anchor and Hainan Beer.

The company has invested millions of dollars in promoting Heineken as the global lager of choice, predominantly through sports, including soccer and Formula One. Next month will mark its second time as prime sponsor of the Chinese Grand Prix.

Beer sales volume in China has been declining since 2013 and is forecast to continue to fall, according to Euromonitor. Sales of higher-margin premium beers, however, have been growing at a double-digit rate each year during the same period.

“CR Beer doesn’t have super-premium lagers, while Heineken has high-end brands but lacks scale in China,” said one source. “Heineken is a natural target for CR Beer.”

Heineken’s eponymous brand sells for three times the price of Snow in China. Chinese beer drinkers are overwhelmingly consumers of low-margin inexpensive beer, which makes up 80 percent of the market by volume, compared with an average of 18 percent in big developed markets, according to Nomura analysts.

CR Beer’s interest in Heineken’s China unit follows its takeover in 2016 of SABMiller’s 49 percent stake in its CR Snow venture for $1.6 billion.

That acquisition helped the Chinese brewer turn around its business. In 2016 it reported its first annual profit in three years after a renewed focus on the Snow brand and expanded sales in key Chinese cities.

Heineken trades on an enterprise value – market capitalization plus debt – of 12 times its earnings before interest, tax, depreciation and amortization in the last year. That is above Carlsberg’s multiple of 10 but far short of CR Beer’s 23.

Reporting by Julie Zhu and Kane Wu in HONG KONG; additional reporting by Phil Blenkinsop in BRUSSELS, Martinne Geller in London and Adam Jourdan in Shanghai; Editing by Gerry Doyle