OTTAWA (Reuters) – Canada is discussing changes to a multibillion-dollar fighter jet procurement process that could make it harder for a U.S. company to win the order as trade relations between the neighbors sour, two sources with direct knowledge of the discussions said.

Canada is considering whether to penalize companies from countries that have caused it economic damage, the sources said on Wednesday. While a final decision is not expected before next year and the threat could be posturing, the move shows how the Trump administration’s trade disputes are spilling over into other areas.

A spokeswoman for federal Procurement Minister Carla Qualtrough – who has overall responsibility for major purchases of military equipment – declined to comment. Sources declined to be identified as the discussions are confidential.

Boeing Co’s (BA.N) F-18 Super Hornet and Lockheed Martin Corp’s (LMT.N) F-35 fighter were among the favorites to capture the contract to supply 88 planes, worth between C$15 billion ($11.3 billion) and C$19 billion. 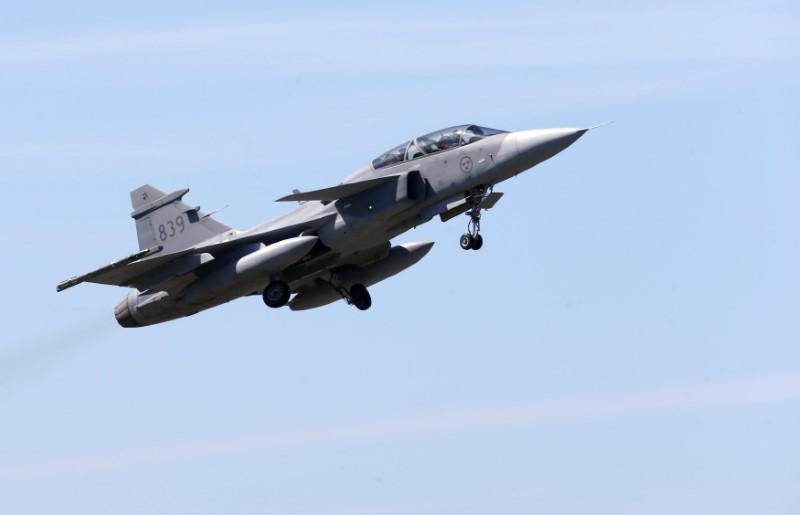 Defense sources, however, say the European jets are likely to become obsolete by around 2040, at which point they could no longer incorporate the latest technologies.

Canada has been trying unsuccessfully for almost a decade to buy replacements for its aging F-18 fighters, some of which are 40 years old. The former Conservative administration said in 2010 it would buy 65 F-35 jets but later scrapped the decision, triggering years of delays and reviews.

Ottawa has already said bids will be evaluated in part by examining whether firms competing for the order have caused any past economic damage to Canada. Officials said at the time this was aimed at Boeing, which last year launched a trade challenge against Canadian planemaker Bombardier Inc (BBDb.TO).

Government officials are now discussing whether Canada should also consider economic damage caused by governments, a clear reference to worsening relations with Washington, said the sources.

“Politically it’s hard to spend billions of dollars on contracts with a country that’s hurting you,” said one of the sources, who asked to remain anonymous given the extreme sensitivity of the situation.

However, the sources emphasized that the discussions are at an early stage and Ottawa could eventually decide to drop the proposed language.

Canada – which is due to release the exact specifications for the jets next year – has not yet finished work on the clause referring to economic damage caused by a single firm.

Ottawa froze talks with Boeing about the fighter jet contest but after the company’s trade challenge against Bombardier failed, Canadian officials made clear the firm would not be discriminated against if it chose to bid.

Reporting by David Ljunggren in Ottawa; Editing by Denny Thomas and Matthew Lewis