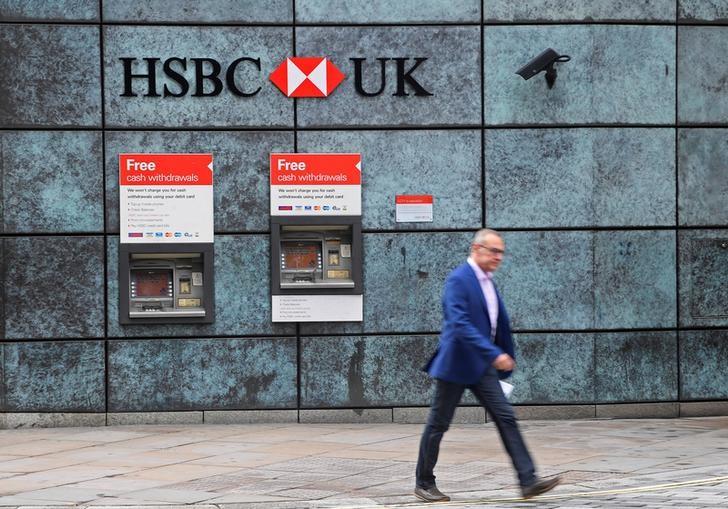 LONDON (Reuters) – HSBC is to disclose an average gender pay gap of 59 percent at its main U.K. banking operation, according to a copy of the bank’s report on the subject seen by Reuters on Thursday ahead of its publication.

FILE PHOTO: A worker walks past a branch of HSBC bank in the City of London financial district in London September 4, 2017. REUTERS/Toby Melville/File Photo

The bank will also disclose a mean gender bonus gap of 86 percent.

A spokeswoman for the bank confirmed the contents of the report.

The gender pay gap is one of the biggest yet disclosed by a British bank and measures the difference in average pay earned by male and female employees. In common with other banks, HSBC’s pay gap was largely accounted for by the bank having fewer women in senior roles.