(Reuters) – AT&T Inc (T.N) on Friday ousted its top lobbyist, and the No. 2 wireless carrier’s chief executive officer said in a memo it was “big mistake” to hire Michael Cohen, President Donald Trump’s personal attorney, for advice on working with the Trump administration.

AT&T paid Essential Consultants LLC, a firm set up by Cohen, a total of $600,000 over 2017 for advice on working with the Trump administration. AT&T said Cohen and others were hired to help navigate “a wide range of issues,” including its proposed $85 billion merger with Time Warner Inc (TWX.N), AT&T said in the memo seen by Reuters.

The disclosure of AT&T’s relationship with Cohen has turned into a major embarrassment for the telecommunications company as it awaits a U.S. judge’s decision, due June 12, on whether it can go through with the purchase of Time Warner, a deal that has been denounced by Trump.

AT&T said in the memo it did not hire Cohen to lobby on its behalf. The one-year contract at $50,000 per month, ran from January through December 2017 and was limited to consulting and advisory services.

AT&T never asked Cohen to set up meetings with anyone in the Trump administration, and he did not offer to do so, it said in the memo.

“To be clear, everything we did was done according to the law and entirely legitimate,” AT&T CEO Randall Stephenson wrote in the memo. “But the fact is our past association with Cohen was a serious misjudgment.”

Stephenson said in the memo he took responsibility for the Washington team’s failure to vet Cohen. 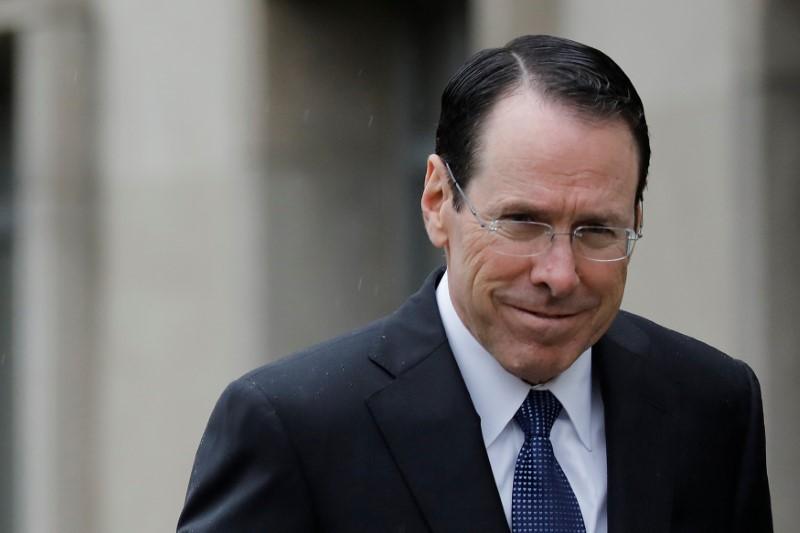 AT&T’s head lobbyist, Bob Quinn, who oversaw the hiring of Cohen, is retiring, according to the memo. But two sources familiar with the situation said Quinn was forced to retire.

The sources wished to remain anonymous because they are not permitted to speak to the media. Quinn did not respond to a request for comment.

AT&T’s board of directors does not hold Stephenson responsible for the lack of vetting, according to one source.

The AT&T payments were first revealed by Michael Avenatti, the lawyer for adult film actress Stormy Daniels, who also said a company owned by Russian oligarch Viktor Vekselberg and other corporations paid Essential Consultants for certain services. Avenatti would not say how he obtained the information.

Drugmaker Novartis (NOVN.S) said on Wednesday it had a $1.2 million contract with Cohen’s firm, but soon realized the agreement was a mistake.

Essential Consultants paid $130,000 to Daniels, whose real name is Stephanie Clifford, days before the 2016 presidential election as part of a nondisclosure agreement that barred her from discussing an alleged sexual encounter with Trump. He denies any encounter took place.

Reporting by Jessica Toonkel in New York and David Shepardson in Washington; Editing by Jeffrey Benkoe