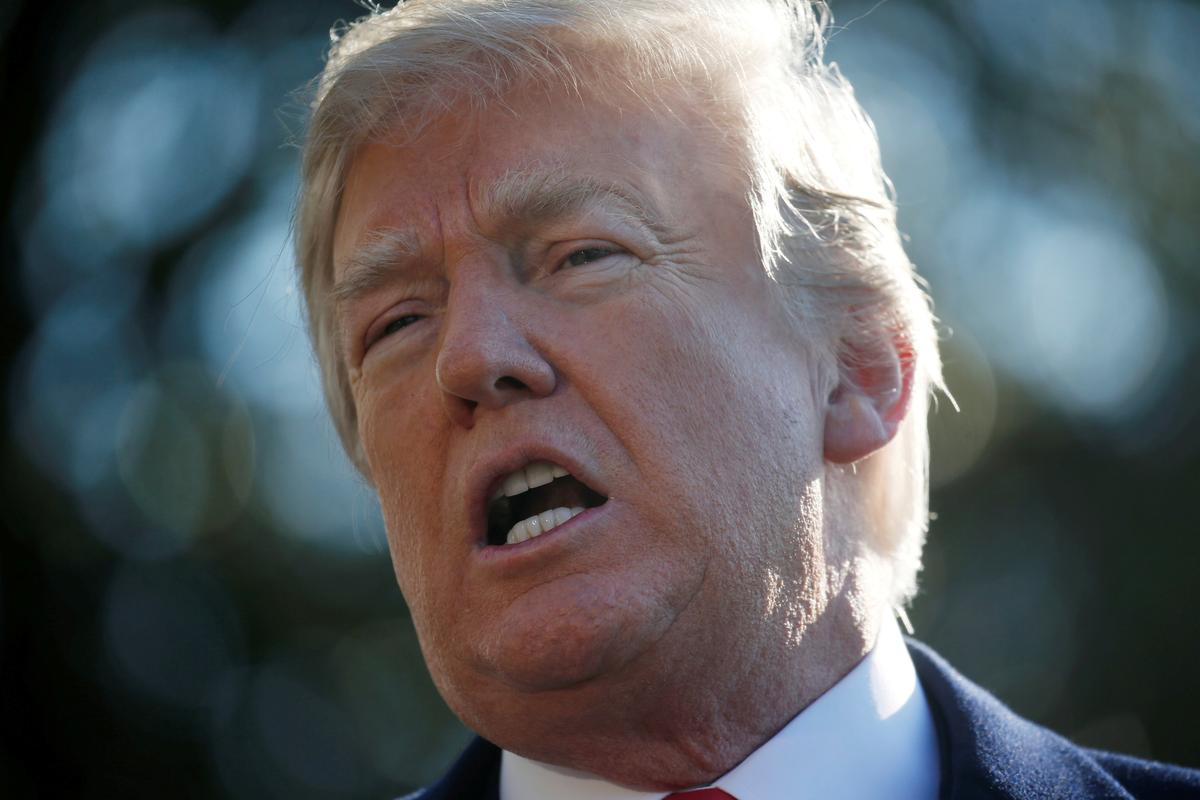 SAN FRANCISCO (Reuters) – As U.S. President Donald Trump forges ahead with his controversial trade policies, even financial experts who enthusiastically applaud many of Trump’s other policies are worried that the protectionist measures could hurt U.S. growth, Reuters interviews with more than two dozen such specialists show.

FILE PHOTO: U.S. President Donald Trump speaks with the news media before boarding Marine One helicopter to depart for travel to California via Joint Base Andrews from the South Lawn of the White House in Washington, U.S., March 13, 2018. REUTERS/Leah Millis

“It is almost unimaginable that an educated, business-friendly politician would revert to protectionist policies in 2018, but Trump’s embrace of tariffs points to a very bleak period for global trade and investment” said William Megginson, a professor of finance at the University of Oklahoma, who rates both Trump’s tax cuts and deregulation efforts a perfect “10.”

Though Trump’s policies “on balance have been good for growth,” he said, Trump’s decision last week to slap tariffs of 25 percent on imported steel and 10 percent on aluminum is “the single dumbest step the Trump administration has taken.”

The tariffs, and the threat of more to come, have drawn wide condemnation from economists of all political stripes. In a recent blog post, for instance, Harvard University’s Dani Rodrik called the tariffs “small potatoes” in and of themselves, but fretted that in today’s globalized world they could be more destructive than the sweeping restrictions imposed by President Ronald Reagan.

Of 30 financial experts polled by Reuters who rate Trump’s other economic policies in glowing terms, only a handful expressed even lukewarm support for the tariffs.

“A fairer appraisal is to view them as bargaining ploys rather than serious long-run changes in trade policy,” said Marjorie Baldwin, a professor at Arizona State University’s Carey School of Business who gave the tariffs a slightly positive “6.”

The fact that the distaste for tariffs is prevalent even among those largely supportive of Trump’s policies is notable as the president acts on campaign promises that many thought his business-friendly economic team, led by Gary Cohn, would keep him from carrying out. Cohn resigned after last week’s tariff announcement.

Cohn’s likely successor, CNBC commentator Larry Kudlow, “has come around” to supporting tariffs as a negotiating tool, Trump said Tuesday, as reports emerged the president is seeking tariffs on $60 billion of Chinese imports. Over the weekend Trump also repeated his threat to tax European-made cars.

Lloyd Cohen, a law professor at George Mason University with a master’s degree in economics, gave Trump generally high marks for his policies, except the tariffs.

“The only saving grace for us with this protectionist nonsense is that we are a huge country with enormous markets and competition and so such policies do less damage here than they would in let us say, Argentina,” he said.