LONDON (Reuters) – The euro fell a full cent against the dollar and government borrowing costs dropped on Thursday, after the European Central Bank vowed not to raise euro zone interest rates before the middle of next year.

The bank said it was pulling the plug on its 2.55 trillion euro stimulus program but after the Federal Reserve raised U.S. interest rates for the second time this year on Wednesday the ECB rate promise came as a relief.

The pan-European STOXX 600 index raced back into positive territory after a morning in the red, though basic resources stocks stayed down more than 1 percent .SXPP after weak data from big metals consumer China. [.EU]

Germany’s DAX .GDAXI and France’s CAC40 .FCHI led the stocks rebound, while the euro tumbled back toward $1.17 from well over $1.18 EUR=EBS [/FRX]. Euro zone government borrowing costs slid too as traders recalibrated prices for a longer period of sub-zero ECB rates.

Germany’s Bunds were offering 0.46 percent compared with 0.49 percent DE10YT=RR before the ECB statement.

U.S. Treasuries meanwhile were down to 2.94 percent US10YT=RR having briefly topped 3 percent overnight after the Federal Reserve had pushed up its interest rates. 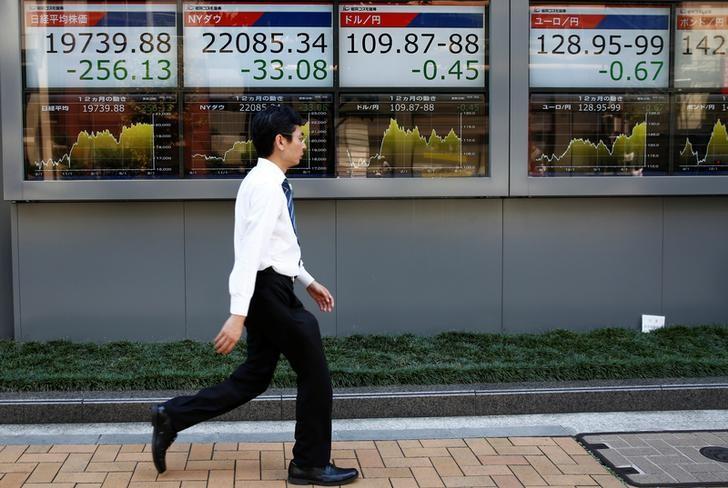 “I think its pragmatic for the Fed to take these moves, because if you are not going to make them now, when are you going to take them?” Kully Samra, European managing director at $3 trillion U.S. asset manager Charles Schwab, said.

The ECB had probably been too slow to reduce stimulus, Samra added, though recent weaker data showed Europe still had underlying issues.

The bank’s chief Mario Draghi holds a news conference at 1230 GMT to explain the decision.

His biggest complication is the increasingly murky economic European outlook, a developing trade war with the United States, a populist challenge from Italy’s new government and softening export demand.

Also keeping investors in check were concern about U.S. threats to impose tariffs on $50 billion of Chinese goods. U.S. President Donald Trump will meet with his trade advisers later to decide whether to activate the tariffs, a senior administration official said on Wednesday.

In Asia, surprisingly soft Chinese retail sales and investment data had also hit sentiment. China’s central bank then left its interest rates on hold, rather than follow the Fed as it sometimes does..

Another event markets were gearing up for was the start of soccer’s World Cup in Russia. Russia’s timezones mean there will be more matches during European or U.S. and Latin American trading hours than any previous tournament.

A study done during the last one with similarly timed games, the 2010 finals in South Africa, showed trading volumes on share markets dropped by a third on average when matches were on and 55 percent when a market’s own team played .

U.S. retail sales figures were also due too. S&P 500 .SPX and Dow Jones .DJI and Nasdaq .NDX futures were lifted by the ECB’s signals and all pointed to slightly higher restart having been lower earlier [.N].

The dollar index, which tracks it again six top currencies, was swung round to stand 0.3 percent high having been down 0.4 percent .DXY.

Among commodities, China-sensitive industrial metals sagged but gold and other precious metals made ground.

oil prices were little changed, underpinned by a bigger-than-expected decline in U.S. crude inventories and surprise drawdowns in gasoline and distillates, which indicated strong demand in the world’s top oil consumer.

Brent and U.S. crude futures LCOc1CLc1 traded at $76.63 and $66.89 a barrel respectively, to extend their recovery from eight-week lows touched last week.