BRUSSELS (Reuters) – The European Union will sign a trade agreement with Singapore on Friday, the highlight of a two-day meeting of 51 European and Asian leaders and a signal of the EU’s push for open market accords with Asian countries.

Leaders representing 65 percent of global economic output were expected to show their climate credentials and opposition to protectionism as a counterweight to U.S. President Donald Trump.

“There are important themes on which we must work – first the fight against climate change, secondly we must push for fair and free trade, which has been cast into doubt by some in the world,” Austrian Chancellor Sebastian Kurz said.

After a dinner on Thursday, sessions on improving connectivity and the multilateral system and a host of bilateral meetings will conclude on Friday with EU leaders and Singapore Prime Minister Lee Hsien Loong signing an agreement eight years in the making.

Singapore has been made to wait. Negotiations ended in 2014, but as protests mounted against other trade accords, such as one planned with the United States and one struck with Canada, the deal was sent for approval to the European Court of Justice

The Commission hopes the agreement, which still requires backing by the European Parliament, will take effect next year.

It would likely follow a larger free trade agreement the EU plans with Japan and would be the EU’s first trade agreement with a member of the 10-country Association of Southeast Asian Nations (ASEAN).

The EU remains interested in a deal with ASEAN, after talks were shelved in 2009. In the meantime, EU negotiators have agreed a trade accord with Vietnam, are in negotiations with Indonesia and have held talks with three other ASEAN members.

However, other less harmonious issues may also surface. 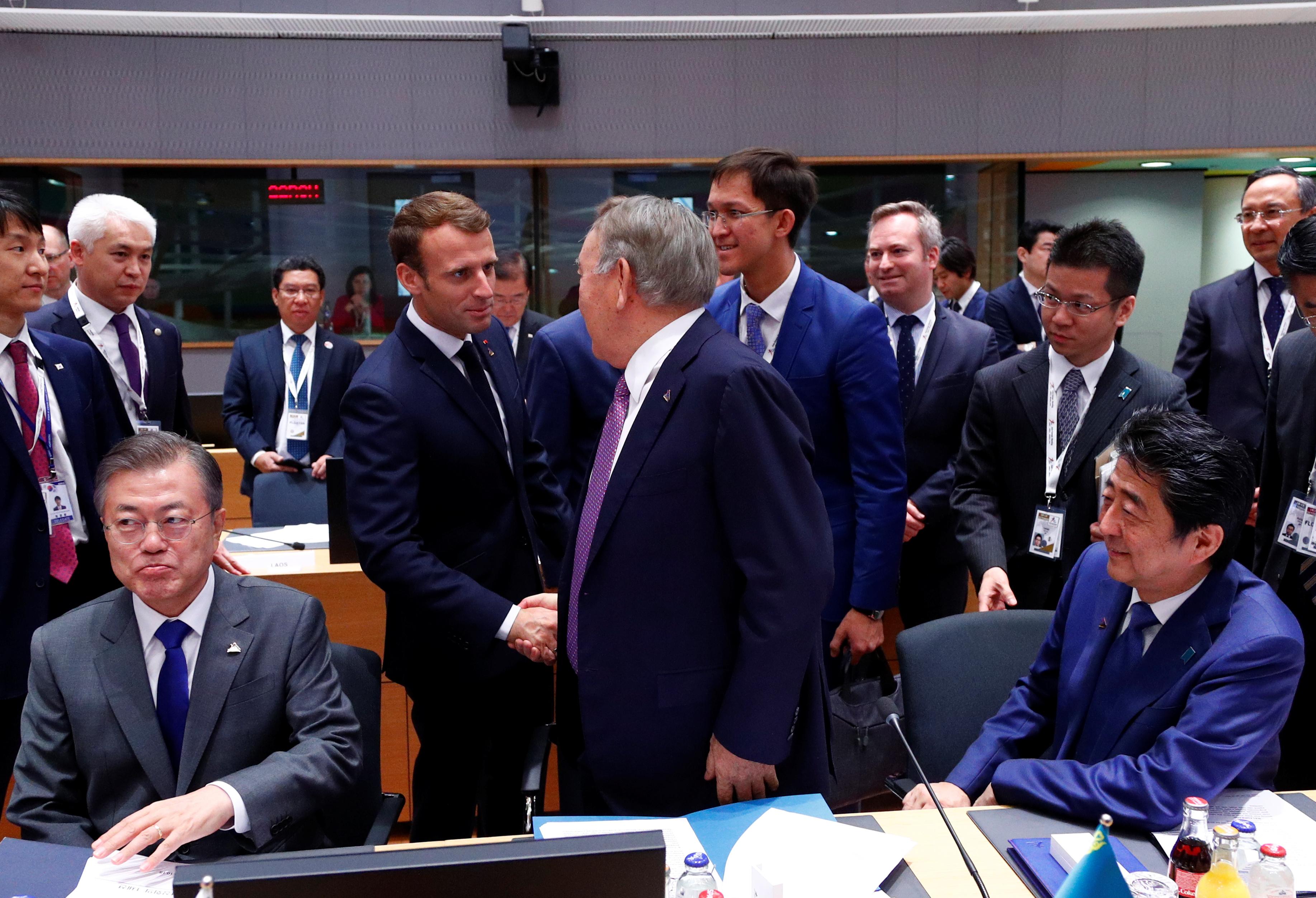 The EU told Cambodia earlier this month that it would lose its special access to the world’s largest trading bloc and said it was considering similar sanctions for Myanmar in a toughening of EU policy on human rights in Southeast Asia.

Cambodian Prime Minister Hun Sen was in Brussels, while Myanmar sent its minister for international cooperation.

“Of course we will have to bring up questions of human rights and values in bilateral talks,” German Chancellor Angela Merkel said.

The summit could also see Beijing facing pressure to combat what Europe says is Chinese overcapacity, notably in steel.

China, which produces and consumes half the world’s steel, has cut some 220 million tonnes of capacity since January 2016. But the EU wants China to cut more, as well as to remove subsidies – a policy that has seen it form an alliance with Tokyo and Washington.

European Commission President Jean-Claude Juncker is due to discuss subsidies with Li at a lunch on Friday, diplomats said.