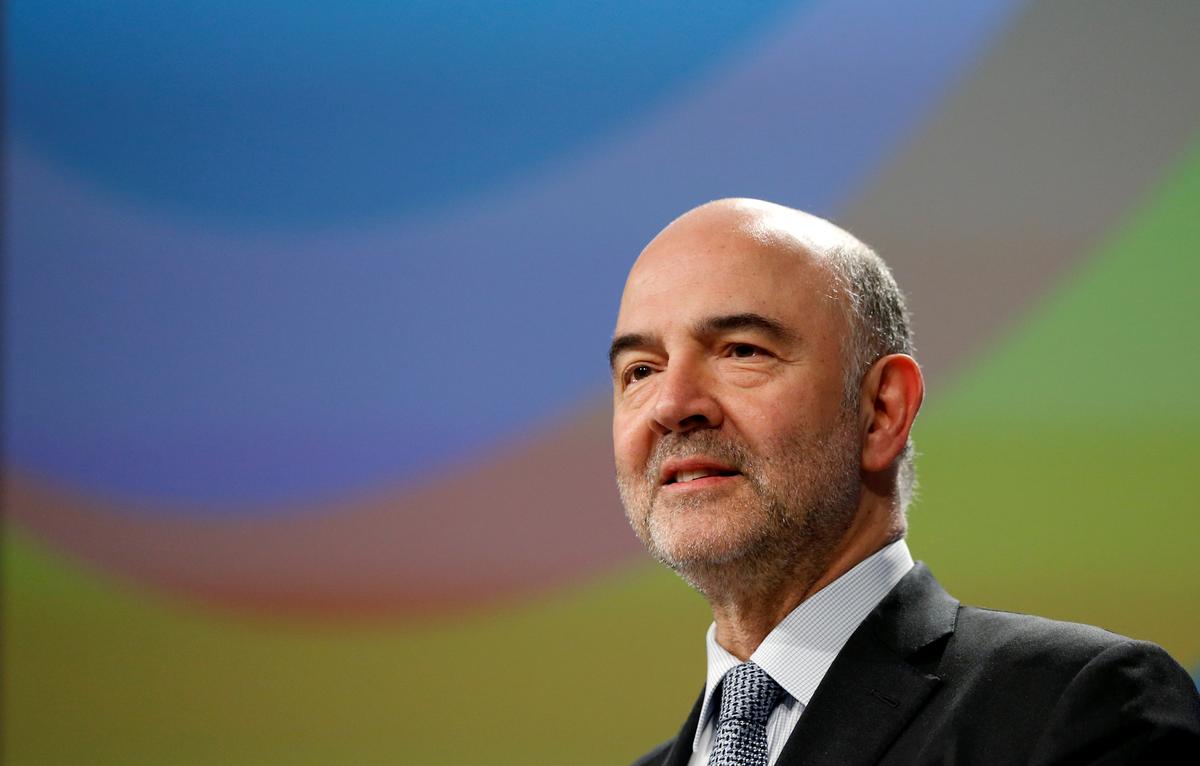 BRUSSELS (Reuters) – The European Commission proposed rules on Wednesday to make digital companies pay their fair share of tax, with U.S. tech giants such as Google (GOOGL.O), Facebook (FB.O) and Amazon (AMZN.O) set to foot a large chunk of the bill.

Under the Commission’s plan, companies with significant digital revenues in Europe will pay a 3 percent tax on their turnover on various online services in the European Union, bringing in an estimated 5 billion euros ($6.1 billion).

If backed by EU states and lawmakers, whose support is far from certain, the tax would apply to large firms with annual worldwide revenue above 750 million euros ($920.9 million) annual “taxable” EU revenues above 50 million euros.

The tax, designed as a short-term measure before the EU finds a way to tax profits based on where they do business, could also encompass other high-profile U.S. firms such as Airbnb and Uber [UBER.UL].

It is designed to apply to activities in which users play a role in value creation – whether via online advertising, such as in search engines or social media, via online trading or in the sale of data about users.

The legislation comes as the United States unsettles Europe with its own tax reform and the threat of a trade war along with reports that Facebook user data was accessed by a consultancy to help President Donald Trump win the 2016 election.

EU antitrust authorities have also been busy investigating the business practices of Amazon, Google and Apple, leading to accusations, which the Commission denies, that it is targeting Silicon Valley.

The Commission said that top digital firms, whose average revenue growth of 14 percent far exceeded that of other multinationals, faced an effective tax rate of 9.5 percent, less than half the level of traditional companies.

The proposals require backing from the European Parliament and the 28 EU countries, but they are divided on the issue. EU tax reforms need the backing of all member states to become law.

Large EU states have accused the tech firms of paying too little tax in the bloc by routing some of their profits to low-tax member states such as Ireland and Luxembourg.

U.S. tech companies themselves have said they are paying tax in line with national and international laws and, in some cases, that the tax should be paid in the United States on profits repatriated there.

The proposal is to tax companies according to where their digital users are based.

A senior EU diplomatic predicted it would be hard to push through the legislation, among the most important for the bloc, because of deep divisions between larger countries set to gain more tax income and smaller ones set to lose.

Ireland has warned that the proposals risk merely re-slicing the tax cake, rather than actually taxing more. Some countries also believe that smaller companies should also face a bill.

Commission Vice President Valdis Dombrovskis said that the EU would prefer globally agreed rules, but that the amount of profits currently going untaxed was unacceptable.

The tax would to apply to online advertising sales, which would bring in companies such as Google and Facebook, to platforms offering services such as interaction with other users or online sales and to those selling data generated from users.

The tax would be collected in countries where the users are located.

Tech industry groups have complained that it is wrong to tax revenues as that would unduly hit companies, such as Amazon, with thinner margins.