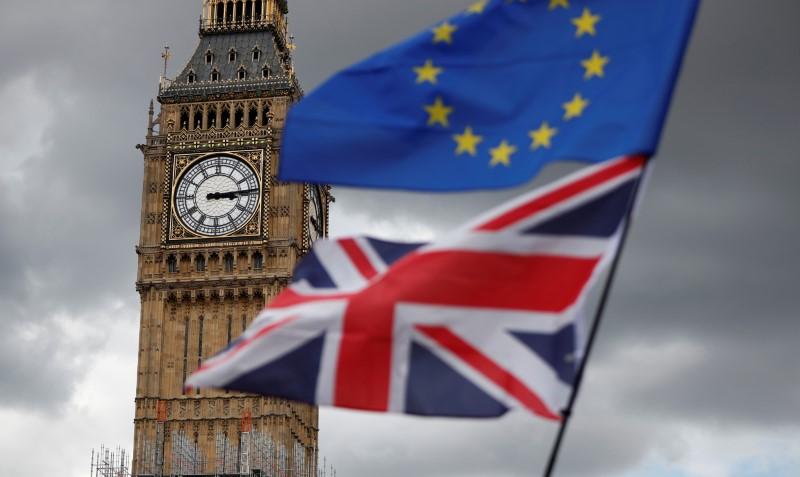 BRUSSELS (Reuters) – The European Union on Wednesday offered Britain a free trade agreement for their post-Brexit relationship, a draft text showed, outlining a much more limited cooperation than London had called for.

A draft joint position from the remaining 27 EU members, seen by Reuters ahead of its official publication later on Wednesday, said the bloc was determined to foster a close partnership with Britain.

“At the same time… being outside the Customs Union and the Single Market will inevitably lead to frictions… This unfortunately will have negative economic consequences,” it read.

Crucially, the bloc said Britain would be treated like any other third country in respect of financial services – which London had pressed to be included in a future free-trade deal.

The text said Britain’s financial firms would only be allowed to operate in continental Europe “under host state rules” and be treated according to “the fact that the UK will become a third country and the Union and the UK will no longer share a common regulatory, supervisory, enforcement and judiciary framework.”

Financial services is the only area in which Britain has a trade surplus with the EU, making it very keen to preserve its banks’ current access to continental Europe.

British finance minister Philip Hammond was due to tell the EU on Wednesday that it must allow that sector to be part of a post-Brexit deal.

But the draft EU guidelines, which will be worked on by EU diplomats to be approved by the bloc’s 27 national leaders in late March, spell out clear limits to this approach.

“Such an agreement cannot offer the same benefits as Membership and cannot amount to participation in the Single Market or parts thereof,” the text read.

“The European Council further reiterates that the Union will preserve its autonomy as regards its decision-making, which excludes participation of the United Kingdom as a third-country to EU Institutions, agencies or bodies. The role of the Court of Justice of the European Union will also be fully respected.”

Last December the Bank of England proposed allowing EU banks in Britain to continue as branches in London after Brexit – on condition of some form of reciprocity from Brussels – to avoid lenders having to find extra capital to become fully fledged subsidiaries.

Instead, the EU proposal sticks with the bloc’s traditional approach to dealing with banks from non-EU or third countries.

“This means double regulation. You operate in London under UK rules and some elements would be under their rules for cross-border services,” Barney Reynolds, a partner at law firm Shearman & Sterling said.