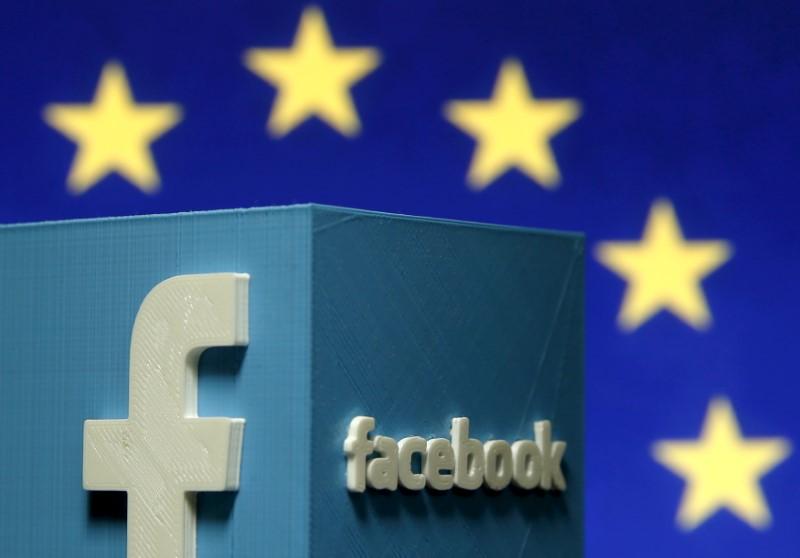 BRUSSELS (Reuters) – EU lawmakers will investigate whether the data of more than 50 million Facebook users has been misused, the head of European Parliament said on Monday.

A 3D-printed Facebook logo is seen in front of the logo of the European Union in this picture illustration made in Zenica, Bosnia and Herzegovina on May 15, 2015. REUTERS/Dado Ruvic

Antonio Tajani urged the social media giant to take more responsibility, saying on Twitter that “allegations of misuse of Facebook user data is an unacceptable violation of our citizens’ privacy rights.”