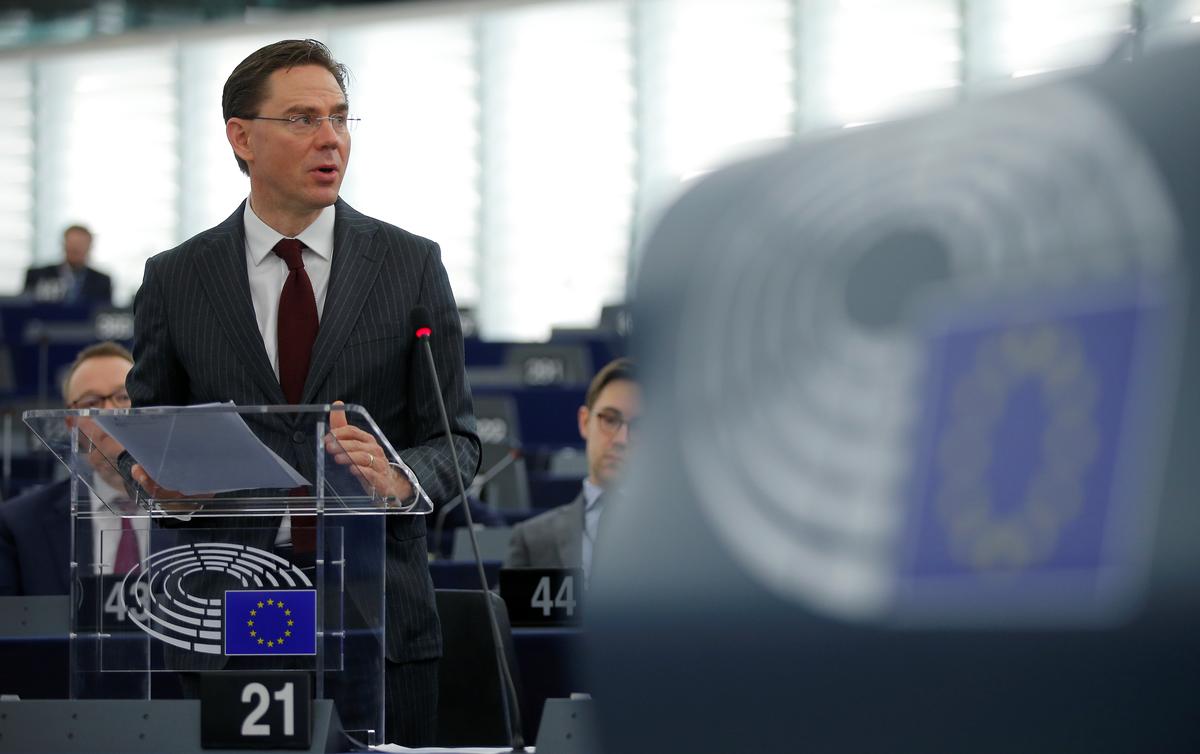 STRASBOURG, France (Reuters) – The European Union will focus on securing an exemption from U.S. metals tariffs rather than provoking a trade war, a senior European Commission official said on Wednesday.

European Commission Vice President Jyrki Katainen addresses the European Parliament during a debate on the US decision to impose tariffs on steel and aluminium in Strasbourg, France March 14, 2018. REUTERS/Vincent Kessler

President Donald Trump signed an order last week to impose 25 percent import duties on steel and 10 percent on aluminum, but with Canada, Mexico and potentially other countries exempted.

European Commission Vice President Jyrki Katainen told the European Parliament that both parties in Congress, as well as U.S. business, shared the EU’s belief in trade guided by international rules.

“This is not a dispute between Europe and the United States as such. That’s why the Commission will concentrate on problem-solving, instead of provoking further problems,” Katainen told lawmakers in a debate about the tariff threat.

European Trade Commissioner Cecilia Malmstrom addresses the European Parliament during a debate on the US decision to impose tariffs on steel and aluminium in Strasbourg, France March 14, 2018. REUTERS/Vincent Kessler

“What we want to do is clear up this mess. I think there are good reasons why both sides will accept, at the end of the day, that we don’t need, we don’t want, a trade war. Instead we should concentrate on improving our trading conditions.”

Dialogue with the United States was “intense”, European Trade Commissioner Cecilia Malmstrom said, adding that the root cause of problems for steel and aluminum was overcapacity, a topic on which the EU, United States and Japan were cooperating.

“Certain countries are using massive subsidies and producing in non-market conditions. The EU and the U.S. should and are working on this,” she said.

Malmstrom, who held talks with U.S. Trade Representative Robert Lighthizer on Saturday, said she had not been given any clear reassurance that the EU would be exempted.

“We are in contact with the U.S. counterpart to obtain more clarity as soon as possible and we have been told that the USTR will publish very soon on their website a more detailed outline of the procedures for the exclusions,” she said.