NEW YORK (Reuters) – Stock markets around the world tumbled on Friday while U.S. Treasury prices rose along with demand for safer bets as better-than-expected U.S. economic data did little to ease anxiety over disappointing corporate profits and trade wars.

Wall Street closed above its session lows, but earnings reports from Amazon.com and Alphabet, issued late Thursday, rekindled a rush to dump technology and other growth sectors.

MSCI’s gauge of stocks across the globe shed 1.19 percent. The global index went 13.7 percent below its Jan. 26 record close and clocked its fifth straight week of consecutive losses for the first time since May 2013.

With equities whip-sawing each day in reaction to the last big earnings beat or miss, investors braced for more volatility through the remainder of the U.S. earnings season and ahead of the Nov. 6 U.S. midterm congressional elections.

“Once the elections and earnings are out of the way we’ll have a calmer market but not necessarily a big move up,” said Ernesto Ramos, portfolio manager for BMO Global Asset Management in Chicago.

“Investors are anxious about 2019 earnings. They know 2018 is going to be phenomenal.” he said. “There’s been a lot of panic selling. One of the things you don’t want to do is buy or sell based on emotion … The volatility is incredible.”

There was some support from data that showed third-quarter U.S. economic growth slowing less than expected as a tariff-related drop in soybean exports was partially offset by the strongest consumer spending in nearly four years.

But while U.S. Treasury yields initially rose after the data, stock market volatility caused them to reverse course and fall to a three-week low.

The U.S. dollar slid alongside stocks after rising to a two-month high in morning trade after the GDP data.

Doubt grew about whether the UK and the European Union can clinch a Brexit deal. Bloomberg, citing people familiar with the matter, reported on Friday that Brexit talks were on hold because Prime Minister Theresa May’s cabinet was not close enough to agreement on how to proceed.

European and Asian stocks had led the way lower. The pan-European STOXX 600 index lost 0.77 percent and MSCI’s broadest index of Asia-Pacific shares outside Japan dropped one percent, hitting its lowest level since February 2017.

Bear markets – a price drop of 20 percent or more from recent peaks – have increased across indexes and individual stocks since the start of this year. 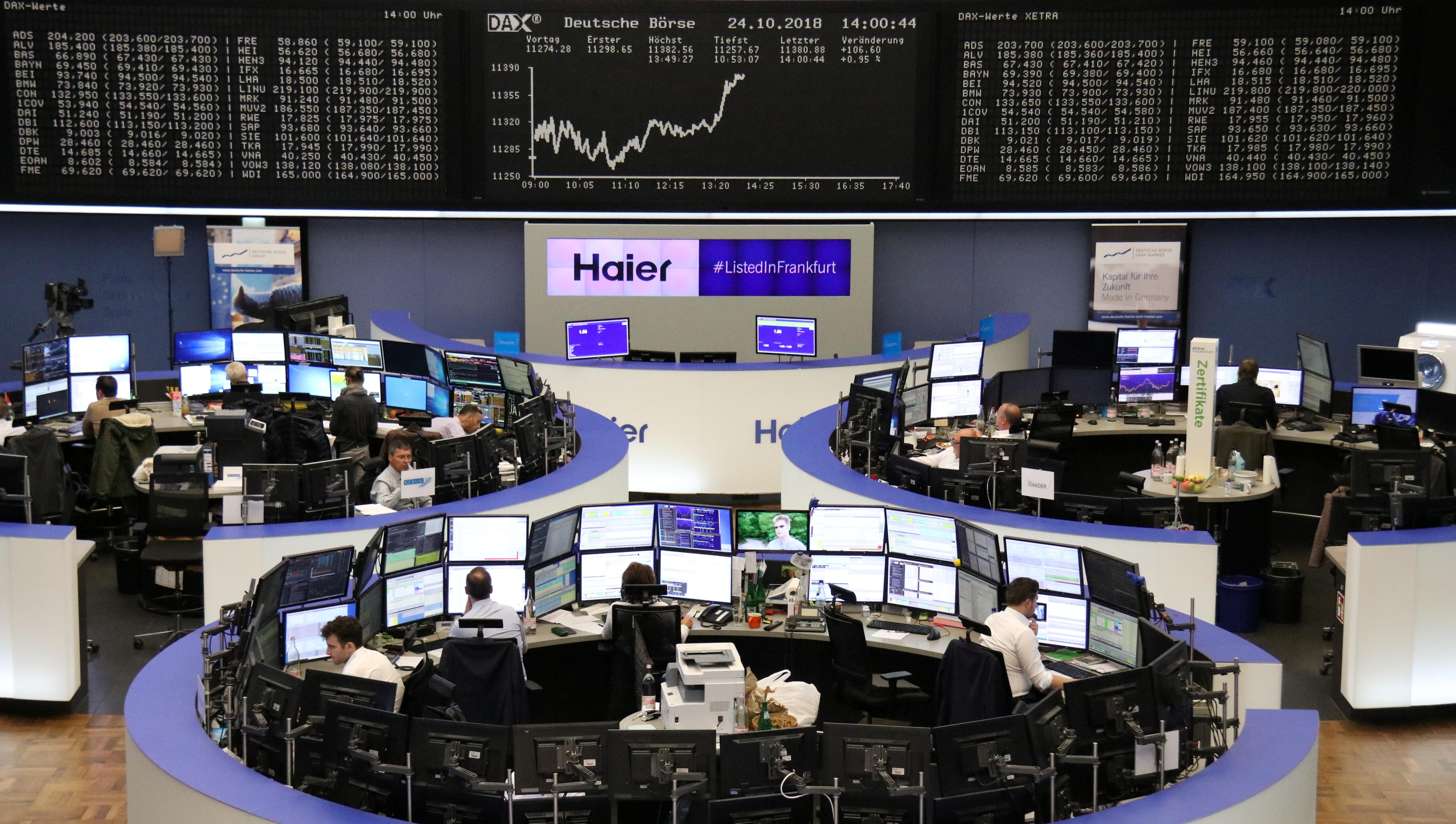 Oil prices rose on Friday, supported by expectations that sanctions on Iran would tighten global supplies, but futures posted a weekly drop as a slump in stock markets and concerns about trade wars clouded the fuel demand outlook.