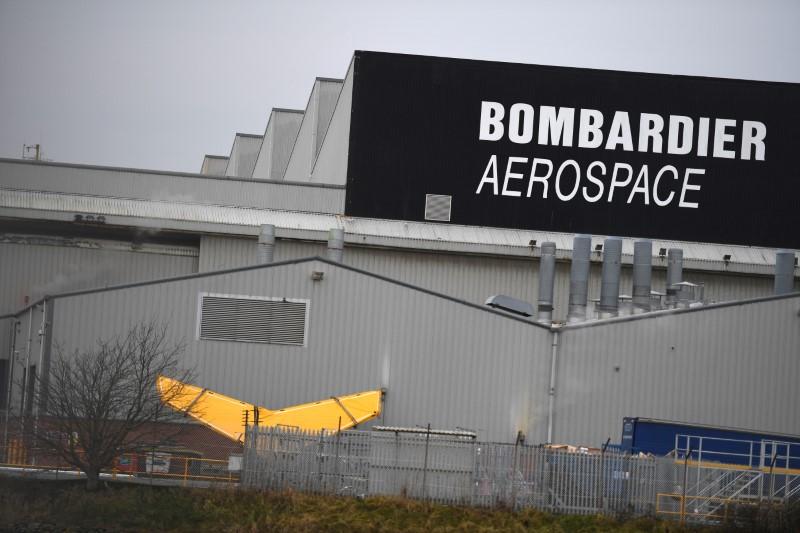 MONTREAL (Reuters) – Boeing Co’s (BA.N) decision to end its trade case over the sale of Bombardier (BBDb.TO) CSeries jets to U.S. carriers is good news for the aerospace industry and the public, the Canadian plane and train maker said on Friday.

Boeing said late on Thursday it will not appeal a U.S. trade commission ruling that allows Bombardier to sell its CSeries in the United States without hefty duties. A Boeing spokesman did not give a specific reason for the company’s decision. [nL3N1R51OM]

“Boeing’s claim was meritless and should never have been brought,” Bombardier said in a statement. “We are happy that it has come to an end.”

Boeing had argued that the CSeries benefited from unfair subsidies and was dumped below cost in the United States. The case heightened trade tensions between the planemaker, the United States and its allies Canada and the United Kingdom. The 110-130 seat jet’s wings are produced in Belfast.

U.S.-Canadian trade relations have been complicated by disputes over tariffs on Canadian lumber and U.S. milk and President Donald Trump’s desire to renegotiate the North American Free Trade Agreement (NAFTA).

It is not yet clear how Boeing’s decision will impact the planemaker’s relationship with the Canadian government, which is holding a competition for fighter jets worth between C$15 billion ($11.68 billion) and $C19 billion. [nL2N1QC1L5]

U.S. aerospace analyst Richard Aboulafia said that the trade dispute may not lead to long-term damage, especially if Boeing starts “a new messaging campaign” with Canada and the U.K.

“I think mistakes were made,” said Aboulafia, vice president, analysis, at Teal Group. “But there aren’t a lot of alternatives. And memories aren’t that long in aerospace and politics.”