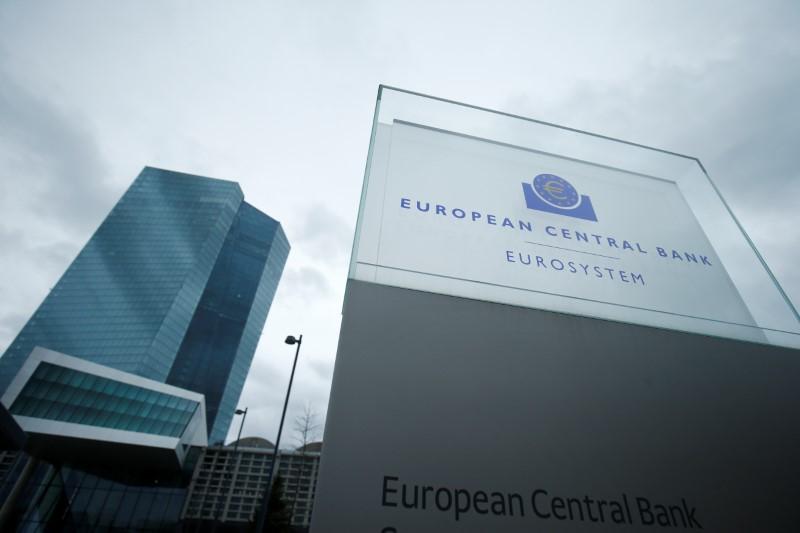 LONDON (Reuters) – Relative calm returned to global markets on Thursday, as traders took a brief break from worrying about a global trade war and focused back on how fast the European Central Bank will end its 2.5 trillion euro stimulus program.

Both European [.EU] and Asian [.T] share markets edged higher — the former for a fourth day — after U.S. President Donald Trump’s push to introduce protectionist tariffs was tempered by signs he could spare some key trade partners.

Germany’s Dax and the euro both lingered in the red though as a bigger-than-expected drop in German industrial orders reinforced euro zone caution after the weekend’s inconclusive Italian election.

It may all argue for a more neutral message from ECB chief Mario Draghi later. Markets are on high alert for any signal on when it will end more than three years of unprecedented money printing.

“They have stretched out the (buying) cycle and that made sense to us,” said Shoqat Bunglawala, Head of the Global Portfolio Solutions Group for EMEA and Asia Pacific at Goldman Sachs Asset Management.

“We would expect them to end purchases this year but we think they will still stay flexible if there is any change to the growth picture in Europe.”

Highlighting the strength of the global economy, Chinese data showed both exports and imports rose more than 20 percent in the first two months of this year from a year earlier.

In the currency market, the U.S. dollar stabilized against other major currencies after its recent hit from fears about the tariff plan while the Mexican peso and Canadian dollar recovered from their steep losses. [/FRX]

The ECB will publish new forecasts for its main target of euro zone inflation and for growth later, which will feed the debate on its end to stimulus.

In Asia, MSCI’s broadest index of Asia-Pacific shares outside Japan had risen 1.0 percent, while in Japan the Nikkei gained 0.5 percent.

On Wall Street, the S&P 500 ended down just 0.05 percent at 2,726.8 after an initial loss of almost one percent, with tech shares being a major bright spot.

They erased most losses as White House spokeswoman Sarah Sanders told a media briefing that the impending hefty U.S. tariffs on steel and aluminum imports could exclude Canada, Mexico and a clutch of other countries.

That soothed worries about the prospect of more aggressive trade measures after the departure of Trump’s top economic adviser Gary Cohn.

Masahiro Ichikawa, senior strategist at Sumitomo Mitsui Asset Management said the issue would continue to hang over markets however.

“Investors need to see exactly what steps Trump will take and what retaliatory actions other countries will take in coming days.”

Trump was expected to sign a presidential proclamation to establish the tariffs during a ceremony on Thursday, but a White House official said later it could slide into Friday because documents had to be cleared through a legal process.

“If Donald Trump puts in place the measures this evening, we have a whole arsenal at our disposal with which to respond,” Moscovici told BFM TV on Thursday.

The dollar changed hands at 105.97 yen, little changed in Europe, keeping some distance from its 16-month low of 105.24 touched on Friday.

Bitcoin steadied to after slumping more than 7 percent on Wednesday after U.S. and Japanese regulators tried to tighten their grip on cryptocurrencies.

Japan’s financial regulator punished seven cryptocurrency exchanges, suspending business at the two of them, in an effort to shore up consumer protection after the $530 million theft of digital money from Tokyo-based Coincheck.

In commodities, oil prices inched back after falling more than 2 percent the previous day on the back of record U.S. crude production and rising inventories.