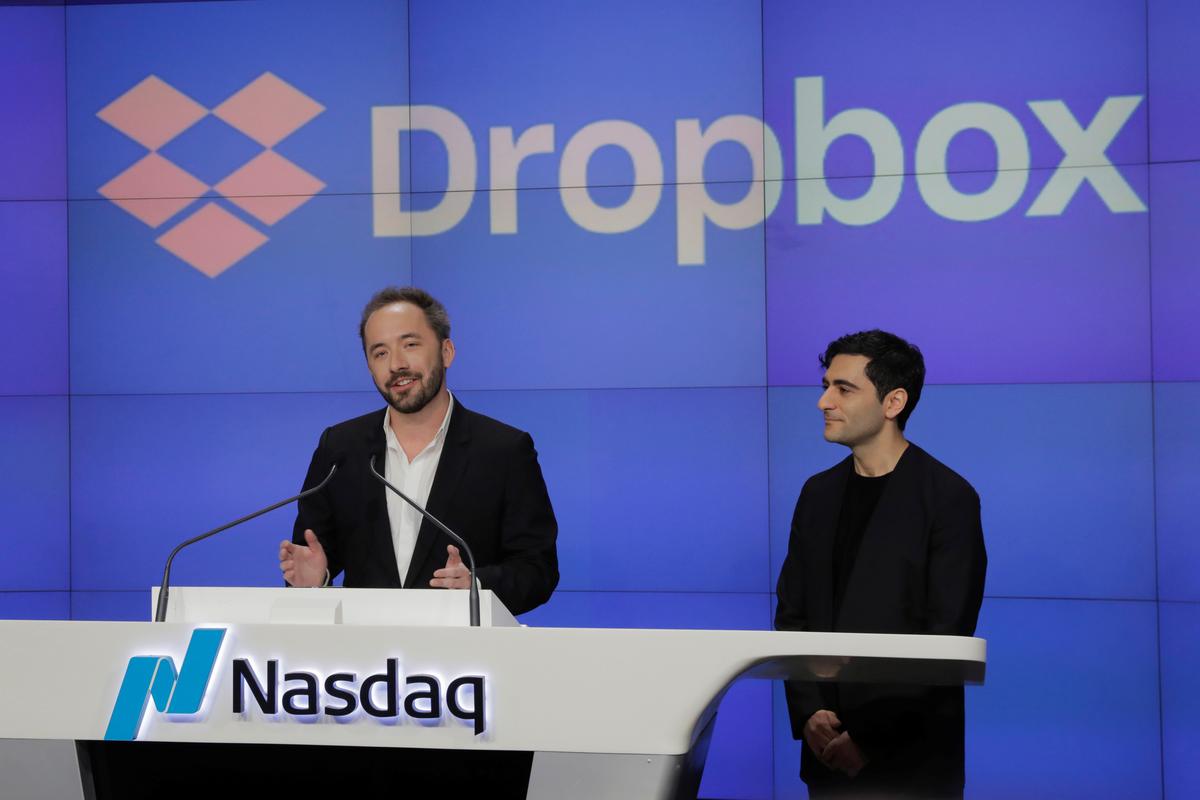 (Reuters) – Dropbox Inc’s shares closed at $28.42, up more than 35 percent in their first day of trading on Friday, as investors rushed to buy into the biggest technology initial public offering in more than a year even as the wider sector languished.

The stock opened at $29 on the Nasdaq and soared as much as 50 percent to a high of $31.60 in early trading. At the stock’s opening price, Dropbox had a market valuation of $12.67 billion, well above the $10 billion valuation it had in its last private funding round.

Its IPO priced at $21 per share late on Thursday, $1 above the projected range of $18 to $20, and was several times oversubscribed.

The solid first-day pop came despite weakness in the wider U.S. stock market. The S&P 500 slid 1.8 percent while Nasdaq dropped 2.4 percent, adding to losses of more than 2 percent each on Thursday.

The last so-called tech unicorn to hit the market was Snap Inc last March, and the Snapchat owner is now trading roughly 4 percent below its $17 IPO price.

“In the case of Dropbox, investors get a chance to get exposure to a next-generation tech company, which is a proven business model,” said Tom Taulli, InvestorPlace.com analyst.

The pop in Dropbox’s price may bode well for Spotify, valued at roughly $19 billion in the private market. The music streaming service has filed for a direct listing and will start trading on the New York Stock Exchange on April 3.

“Dropbox is going public at the right time. It has an attractive story to justify its need for financing and the market dynamics are good,” said Josh Lerner, professor of investment banking at Harvard Business School.

“But at the same time, the environment is also competitive”.

The San Francisco-based company, which started as a free service to share and store photos, music and other large files, competes with Alphabet Inc’s Google, Microsoft Corp and Amazon.com Inc as well as Box Inc.

It has yet to turn a profit, which is common for startups that invest heavily in growth. As a public company Dropbox will be under pressure to quickly trim its losses.

“The strong performance of the Dropbox IPO may open the door for more technology unicorns to IPO throughout the rest of 2018,” said Sohail Prasad, co-founder and co-chief executive of Equidate, a platform for trading of shares in private technology firms.

“If investors had bought Dropbox stock within the last six months, they’d be up over 75 percent.”