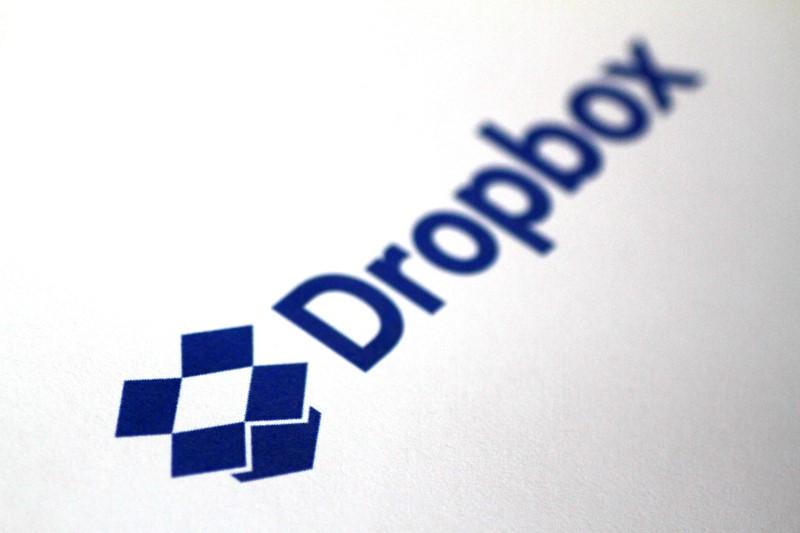 (Reuters) – Data-sharing business Dropbox Inc (DBX.O) on Monday filed for an initial public offering of 36 million shares, giving the company a value of more than $7 billion at the higher end of the range.

The DropBox logo is seen in this illustration photo July 28, 2017. REUTERS/Thomas White/Illustration

Dropbox expects its debut price to be between $16 and $18 per share, the company said in a filing. (bit.ly/2FwgJJ2)

The San Francisco-based company, which started as a free service to share and store photos, music and other large files, competes with much larger technology firms such as Alphabet Inc’s (GOOGL.O) Google, Microsoft Corp (MSFT.O) and Amazon.com Inc (AMZN.O) as well as cloud-storage rival Box Inc (BOX.N).

In its regulatory filing with the Securities and Exchange Commission, Dropbox reported 2017 revenue of $1.11 billion, up 31 percent from $844.8 million, a year earlier.

The Dropbox app is seen in this illustration photo October 16, 2017. REUTERS/Thomas White/Illustration

Dropbox, which has 11 million paying users across 180 countries, said that about half of its 2017 revenue came from customers outside the United States.

The IPO will be a key test of Dropbox’s worth after it was valued at almost $10 billion in a private fundraising round in 2014.

Reporting by Diptendu Lahiri in Bengaluru; Editing by Arun Koyyur