(Reuters) – A dramatic global stock rally faded on Thursday after a fall in Chinese industrial profits offered a reminder of the pressures on the world economy.

Still, an index of world stocks stayed off near two-year lows hit earlier this week before Wednesday’s 1,000 point-plus surge on the U.S. Dow Jones index, which was attributed to the strongest holiday sales in years.

“Yesterday was a blowout day for U.S. equity markets which triggered optimism that this could be a key reversal day but the upward momentum has not really followed through,” said Lee Hardman, an analyst at MUFG in London.

“One reason is that maybe the sharp move higher was driven by year-end rebalancing, which exaggerated the scale of the rebound, and now we have reverted to the trend which has been in place most of this month.”

That trend is toward weaker stock, U.S. dollar and oil prices along with stronger demand for safe-haven government bonds, gold and Japanese yen.

Markets in mainland China as well as Hong Kong closed weaker after data showed earnings at China’s industrial firms dropped in November for the first time in nearly three years.

A Reuters report added to the gloom around the world’s second-biggest economy, saying the White House was considering barring U.S. firms from buying telecoms equipment from China’s Huawei and ZTE.

That and an ongoing partial U.S. government shutdown overshadowed positive noises from the U.S. government on trade talks with Beijing, its efforts to temper the White House’s recent broadsides against the Federal Reserve and a report showing the number of Americans filing applications for jobless benefits fell marginally last week in a sign of labor market strength.

“So far, we don’t see a shift in fundamentals. Trade tensions between the U.S. and China remain the biggest unknown factor for 2019,” said Hussein Sayed, a strategist at online brokerage FXTM.

There were also renewed concerns in Italy, where troubled lender Banca Carige was denied a cash call by its largest shareholder, pushing its shares down 12.5 percent.

The concerns over a faltering global economy and signs of an oil glut pressured crude prices a day after their 8 percent rally. U.S. Treasury prices also reversed direction after falling sharply on Wednesday, with the 10-year note last rising 15/32 in price to yield 2.7452 percent. [US/] 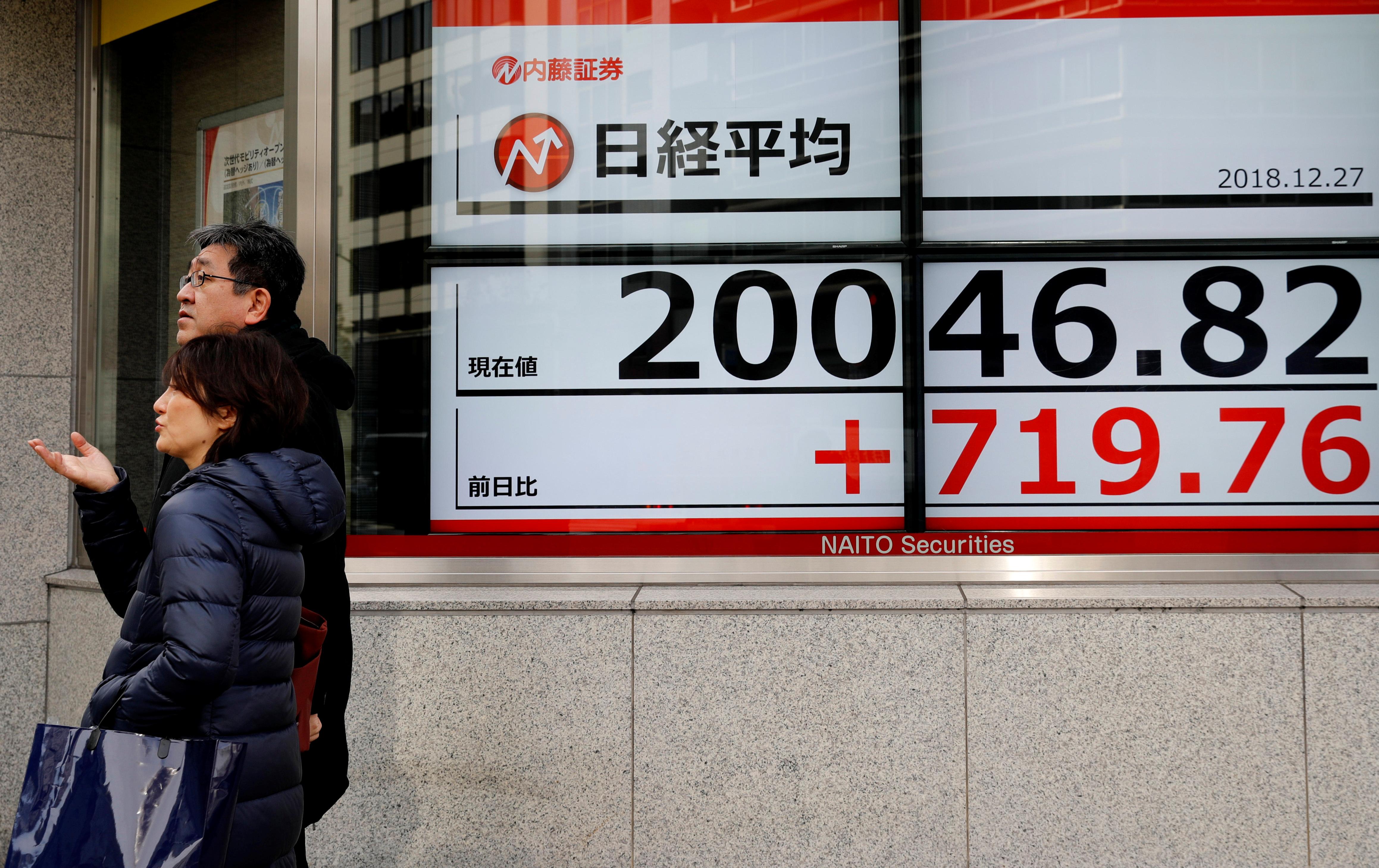 Investors also bought yen, strengthening that currency 0.56 percent against the greenback at 110.74 per dollar. Against a basket of trading partners’ currencies the dollar was down 0.35 percent. [FRX/]

“We have started to see the yen regain its place as the safe haven of choice,” MUFG’s Hardman said.