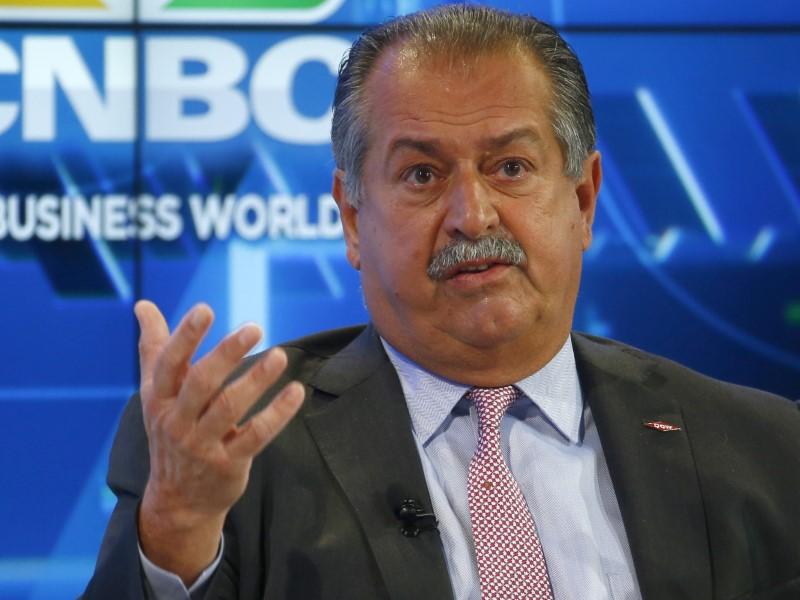 (Reuters) – DowDuPont Inc chief Andrew Liveris will step down on April 1, making good on an earlier promise to retire as the company named existing managers to head its materials science unit when it is spun off as Dow next year.

Jim Fitterling, currently chief operating officer of the materials science unit, will become its chief executive under the Dow brand in a spin-off planned for the first quarter of 2019, the company said in a statement.

Fitterling’s current Chief Financial Officer Howard Ungerleider will serve as Dow’s CFO. Both men are Dow veterans and have worked extensively on the merger.

Liveris, who headed U.S. President Donald Trump’s Manufacturing Council until it was disbanded last year, was chief executive of Dow Chemical until 2004 and continued as executive chairman after its merger with DuPont last year.

He will remain as a director of the combined board until July 1, in keeping with previously announced plans to retire on that date.

“The plans announced today (are) the result of many years of working on a succession pipeline,” Liveris told Reuters.

“Jim and Howard have been valued members of Dow’s and my most senior leadership team and have each played a pivotal role in developing and executing Dow’s market-driven strategy.”

He said the decision was made during the Christmas holidays.

Dow and DuPont completed their $130 billion merger in September. It plans to split into three separate units, starting with the materials science business by the end of the first quarter of 2019.

Fitterling looked at synergies as Dow combined with DuPont, while Ungerleider worked on the shape of the spinoff.

A second specialty products unit will be called DuPont and the third agricultural unit Corteva Agriscience. Their spinoffs are expected to start by June 1, 2019.

Liveris did not say what he plans to do after retirement but said it could be something in the “intersection of business and policy.”

Reporting by Taenaz Shakir and Abinaya Vijayaraghavan in Bengaluru; Editing by Vyas Mohan and Arun Koyyur