WASHINGTON (Reuters) – President Donald Trump called on Monday for spending more U.S. taxpayer money on the military and a U.S.-Mexico border wall, while overhauling social safety-net programs in a budget plan likely to die in Congress but live on in his 2020 re-election campaign.

Like past presidential budget proposals, Trump’s plan was highly unlikely to become law. It was immediately panned by Democrats, who control the House of Representatives and blocked Trump’s push for border wall funding in a standoff that led last year to a five-week partial federal government shutdown.

The $4.7 trillion plan asks for $8.6 billion to build a wall on the border with Mexico – more than six times what Congress gave Trump for border projects in each of the past two fiscal years, and 6 percent more than he has corralled by invoking emergency powers this year after he failed to get the money he wanted.

It also includes proposals to overhaul Medicare, Medicaid and other costly social programs that help the poor and underprivileged.

The budget makes no immediate progress on reducing the federal deficit or the national debt, issues once paramount to Trump’s fellow Republicans.

“President Trump has somehow managed to produce a budget request even more untethered from reality than his past two,” said Democratic U.S. Representative Nita Lowey, chairwoman of the House Appropriations Committee.

Democratic Senator Patrick Leahy, chairman of the Senate Appropriations Committee, said in a statement that Trump’s plan “is not worth the paper it is printed on.”

“This budget contains nearly $2.7 trillion in savings, more spending reductions proposed than any administration in history,” Vought told reporters at the White House on Monday. “This budget will balance in 15 years.”

Like last year’s $4.4 trillion Trump budget, which was dead on arrival on Capitol Hill, the 2020 version relies on rosy economic projections to achieve projected balance in the future.

The stakes for a spending deal of some sort in Congress are high this year. On Oct. 1, when fiscal 2020 begins, a deadline also arrives for lifting the federal debt limit. Failing to do that could risk an economy-shaking U.S. government debt default.

An aide holds up a copy of Volume 1 of U.S. President Donald Trump’s budget for Fiscal Year 2020 after it was delivered by the Office of Management and Budget (OMB) to the House Budget Committee room on Capitol Hill in Washington U.S., March 11, 2019. REUTERS/Kevin Lamarque

A major part of Trump’s budget is his proposed 4 percent boost in defense spending to $750 billion. It relies on using the emergency Overseas Contingency Operations (OCO) account – derided by conservatives as a slush fund – to skirt spending caps set out in a 2011 fiscal restraint law.

Non-defense spending was held below those caps, thanks to steep proposed funding cuts to the State Department (23 percent) and Environmental Protection Agency (31 percent), among others.

It would also cut federal subsidies to farmers, add a user fee on e-cigarettes and end a tax credit for electric car purchases.

Tax cuts have been a priority for the Republican White House and Congress in the past two years, rather than deficit reduction. The deficit ran to $900 billion in 2019 and the national debt has ballooned to $22 trillion.

The Committee for a Responsible Budget said Trump’s budget would add $10.5 trillion to the debt over a decade, and criticized the White House for what it called a “fantasy assumption” of 3 percent economic growth over that timeframe. 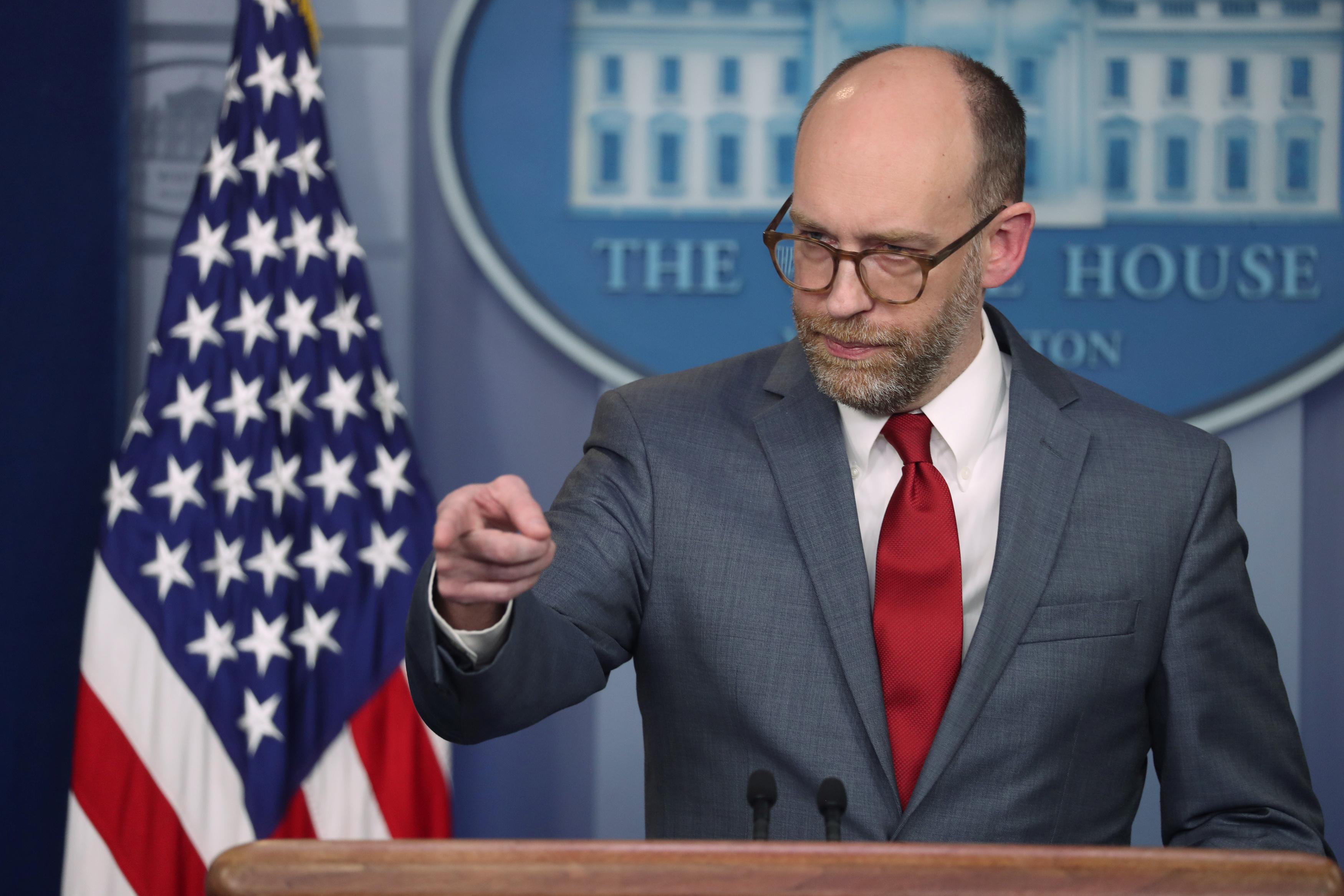 Unless the White House and Congress reach a spending deal, automatic spending caps from the 2011 law will kick in on Oct. 1, adding another level of urgency to the fall deadlines.

House Budget Committee Chairman John Yarmuth said House Democrats would put out their own budget proposal around the first week of April and that he hoped for a deal with the Senate.

“The ingredients … are there to make a reasonable deal. And the White House is the wild card,” he said.