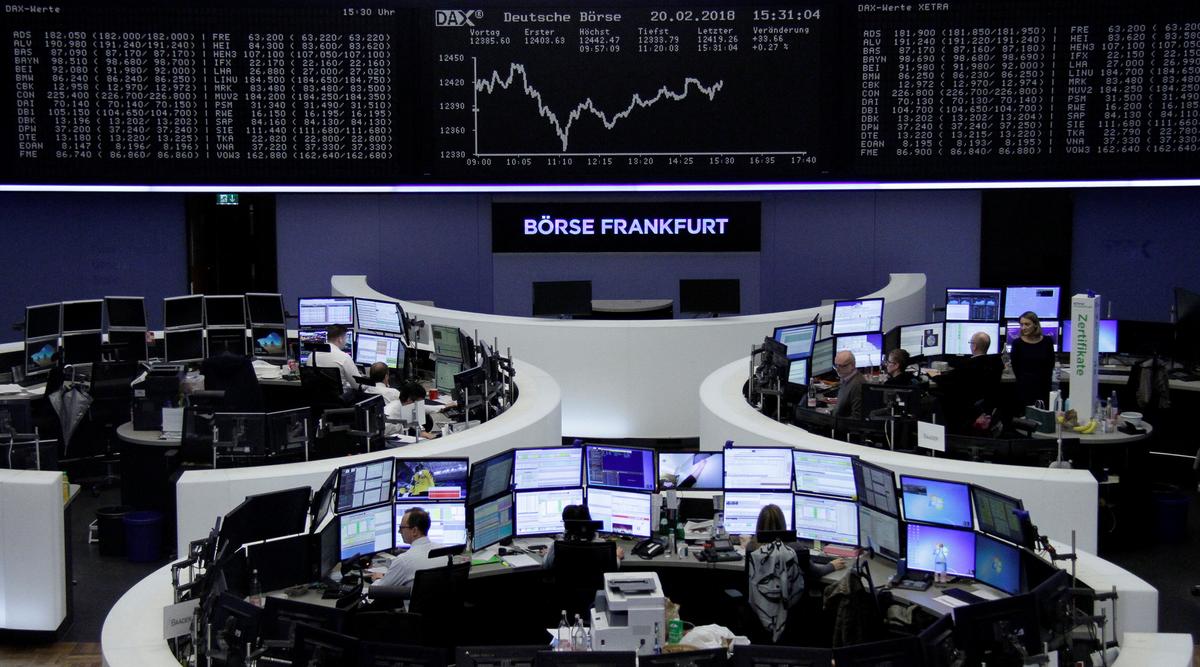 LONDON (Reuters) – The dollar rose to its highest level in a week against a basket of currencies on Wednesday, as investor focus shifted to the minutes of the Federal Reserve’s last policy meeting. World stocks looked set to fall for a third straight day.

The dollar index, which measures the greenback against a basket of peers, was up 0.2 percent. The index has bounced almost 1 percent so far this week, after slumping 1.5 percent the previous week to its lowest level in three years [/FRX].

MSCI’s world index of stocks was down 0.1 percent, set for its third straight decline this week, as a down day in Europe offset earlier gains in Asia.

Investor attention is on the minutes of the Fed’s last policy meeting in late January, due later in the day. The last readings of U.S. wages and inflation came in higher than expected, with some blaming the numbers for prompting a violent selloff in stocks earlier this month.

“Markets are particularly sensitive to inflation, and we think the odds that the minutes reinforce the narrative of firming inflation are high,” said Elsa Lignos, RBC’s global head of FX strategy.

“We think there is a high probability that the Fed moves the dots to four hikes in 2018 (from three) near-term and that the minutes could be another step in that direction.”

The U.S. currency has been weighed down by a variety of factors this year, including concerns that Washington might pursue a weak dollar strategy and the perceived erosion of its yield advantage as other countries start to scale back their easy-money strategies. Confidence in the dollar has also been shaken by mounting worries over the U.S. budget deficit.

U.S. Treasury yields helped to strengthen the dollar, rising as the bond market braced for this week’s $258 billion deluge of new government debt. The two-year Treasury yield touched 2.282 percent, the highest since September 2008. [US/]

Increased government borrowing has put upward pressure on Treasury yields. The Treasury Department has issued more debt in anticipation of a higher deficit from last year’s major tax overhaul and a budget deal that will increase federal spending over the next two years.

U.S. crude hit a near two-week high the previous day on news of inventory declines at a key storage hub and from expectations that top OPEC producers could extend cooperation beyond 2018. [O/R].

DOWN DAY FOR STOCKS

Chinese financial markets will resume trading on Thursday after being shut for the past week for the Lunar New Year.

European shares retreated in early trading, under pressure from a continued rise in bond yields, with pan-European STOXX 600 index down 0.6 percent and Germany’s DAX falling 0.2 percent.

Bond yields did not rise across the board however – lower- than-expected readings of purchasing manager surveys in France, Germany and the euro zone all came in lower than expected, stabilizing euro zone bond markets [GVD/EUR].