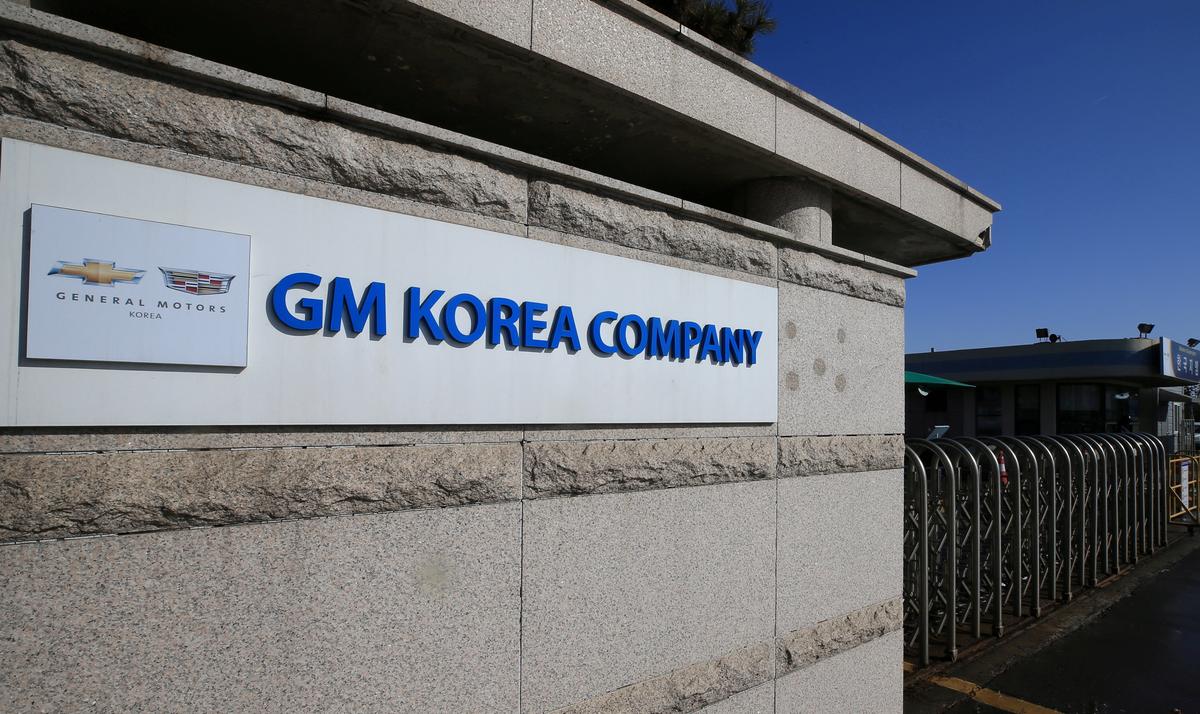 Either he risks losing political capital and thousands of high-paying jobs if General Motors cuts its presence in South Korea, or he faces a public backlash if he uses taxpayer money as a lifeline for the U.S. automaker.

Last week, GM announced it would shut down a factory in Gunsan, southwest of Seoul, and said it was mulling the fate of its three remaining plants in South Korea. It wants help from the government to restructure and keep the plants operating.

Although coffers are full in both the government and Korea Development Bank, which owns a 17 percent stake in GM Korea, officials say likely opposition from South Koreans makes any financial support for the Detroit auto maker politically tricky.

“We cannot be free from the potential public backlash expected from helping a private company using taxpayers’ money,” said one government official, who asked not to be named because of the sensitivity of the ongoing discussions.

On top of that, public support for South Korea’s auto worker unions, which have a reputation for militancy, has fallen as young workers battle to find increasingly rare full-time positions.

A survey released on Thursday showed 30 percent of respondents oppose any public aid for the automaker, with 56 percent backing support only if GM lays out a feasible turnaround plan. According to the survey by pollster Realmeter, just 6 percent say the government should inject public funds unconditionally to save jobs.

Moon came to office last year on a platform of job creation, and swiftly proposed a 11 trillion won ($10 billion) supplementary budget to add hundreds of thousands of public sector positions.

Amid ongoing corruption scandals rocking some of South Korea’s largest companies, however, Moon also promised to reform an overly intimate relationship between government and large corporations.

Past government interventions in the private sector have not always been successful either.

South Korea’s shipbuilding sector is still floundering despite an injection of more than 7.1 trillion won into Daewoo Shipbuilding & Marine Engineering Co since 2015 – the biggest bailout of a single company in over a decade.

Moon’s office said this week it would make Gunsan, where GM is closing its plant, an “employment crisis zone” to provide financial support for affected workers.

GM has launched a voluntary redundancy program for all of its roughly 16,000 workers in South Korea.

There are also concerns a complete pullout by GM would send shockwaves through the automaker supply chain, putting a further 140,000 Korean suppliers and subcontractors at risk.

“If President Moon Jae-in does not fix this issue properly, it will snowball and come back to him as a larger problem,” said Lee Young-su, a seven-year veteran of the auto maker’s Bupyeong factory, where officials are still debating the plant’s future. “The Moon Jae-in government should protect jobs as much as create new jobs.”

Complicating the matter is a lack of popular sympathy in saving jobs for the unions at big corporations which are often derided as “aristocratic” by South Koreans struggling in a cutthroat job market.

Many young South Korean see such labor organizations as protecting generous conditions for older workers such as children’s college tuition fees and vehicles at their expense.

Unemployment for young South Koreans is running at a record high of 9.8 percent in 2017, almost three times of the national average of 3.7 percent.

GM executives have complained that South Korea’s relatively high wages and its unyielding unions have contributed to its problems in the country.

Leaders at GM Korea’s union, however, blame the company for reducing output after GM scrapped sales of its Chevy brand in Europe. South Korea was previously a major export base for GM globally.

Ham Jin-gyu, a policy chief for the conservative Liberty Korea Party said he opposed spending any public funds without concessions by both GM Korea and the union.

“(The government) should not pour taxpayers’ money into something without holding GM headquarters accountable for its opaque management and securing a promise from the constantly hard-line aristocrat union to share the pain,” Ham said.

With South Koreans widely distrustful of foreign firms on concerns that their profits go offshore, handing an American company like GM a lifeline is particularly controversial.

“With Trump being hawkish, South Koreans probably won’t be happy with the government if taxpayers money is used,” said Chung Chul, an economist at the Korea Institute for International Economic Policy.

GM has proposed a debt-for-equity swap and fresh investment in its South Korea unit, while the South Korean government wants an audit on the company and its “opaque management” before any aid is approved.

“So many jobs are at stake and how to deal with GM issue is connected to government policy,” said one KDB official. “So the government and KDB can’t simply jump to conclusions. If someone says he’s sick, then we need to cut open his abdomen to find the problem.”