FRANKFURT (Reuters) – The management board of Deutsche Bank has agreed to hold talks with rival Commerzbank on the feasibility of a merger, a person with knowledge of the matter told Reuters on Saturday.

First unofficial contacts took place within a very small group and the mandate from Deutsche’s board was given more than a week ago, said the source, speaking on condition of anonymity.

Talks were at a very early stage and could fall apart, the person added, confirming information reported earlier by the Welt am Sonntag newspaper.

A spokesman for Deutsche Bank and a spokeswoman for Commerzbank both declined to comment.

Speculation about a possible merger between Germany’s two largest listed lenders has been rife for months, heightening under the tenure of Finance Minister Olaf Scholz, who has emphasized the importance of strong banks.

Proponents of a merger say that a tie-up would give a combined entity — which would have an equity market value of more than 24 billion euros ($27 billion) based on Friday’s closing share prices — a 20 percent share of the German retail banking market.

That would allow it to potentially charge higher prices in a country where banking services have been free or low cost.

Welt am Sonntag reported that both banks were reacting to pressure from the government, which expects a decision on the merger in the coming weeks.

A spokesman for the finance ministry declined to comment on the report.

The two lenders, which flirted with a merger in 2016 before focusing on restructuring, have struggled to return to sustainable profitability since the global financial crisis.

The government holds a stake of more than 15 percent in Commerzbank following a bailout and Deutsche Bank’s shares have fallen 73 percent over the past five years.

Founded in 1870 to help companies with overseas trade, Deutsche is currently regarded as one of the most important banks in the global financial system, having expanded rapidly in the 1990s to become an investment banking giant.

However, its market share has dwindled since the financial crisis and it has been plagued by three years of losses, ratings downgrades, failed stress tests and money laundering scandals.

Its chief executive, Christian Sewing, has said publicly in recent months he was focused on restoring profitability before taking on a complicated merger project.

Sewing is expected to report back to the board before the bank takes further steps, the source said.

Commerzbank’s chief, Martin Zielke, has been more open to the idea of a tie-up, a person with knowledge of his thinking said. Last month, he said speculation about a merger was “understandable”.

A person familiar with the matter said in February that U.S. investor Cerberus Capital Management, a major shareholder in both Deutsche Bank and Commerzbank, was open to a merger, increasing the chances of a tie-up.

However, some of Deutsche Bank’s other key shareholders are opposed, stressing the need for patience to allow the bank to regain its footing.

Ratings agencies, which have cut Deutsche Bank’s credit ratings to the lowest among its major competitors, have warned that a merger would be risky and difficult to execute.

German officials have been worried about Deutsche since 2016 when the bank was negotiating a hefty fine with the U.S. Department of Justice for its role in the mortgage crisis.

At the time, Deutsche and the government publicly played down speculation that it could need state support. Behind the scenes, however, tensions were running high.

Over the past year, Deutsche has undergone an abrupt management change that installed Sewing as CEO. The bank has trimmed its international operations to focus more on retail banking and its home market.

Negative headlines about the lender have, however, continued.

In November, police searched the offices of all the members of Deutsche Bank’s board as part of an investigation into money laundering allegations linked to the Panama Papers. 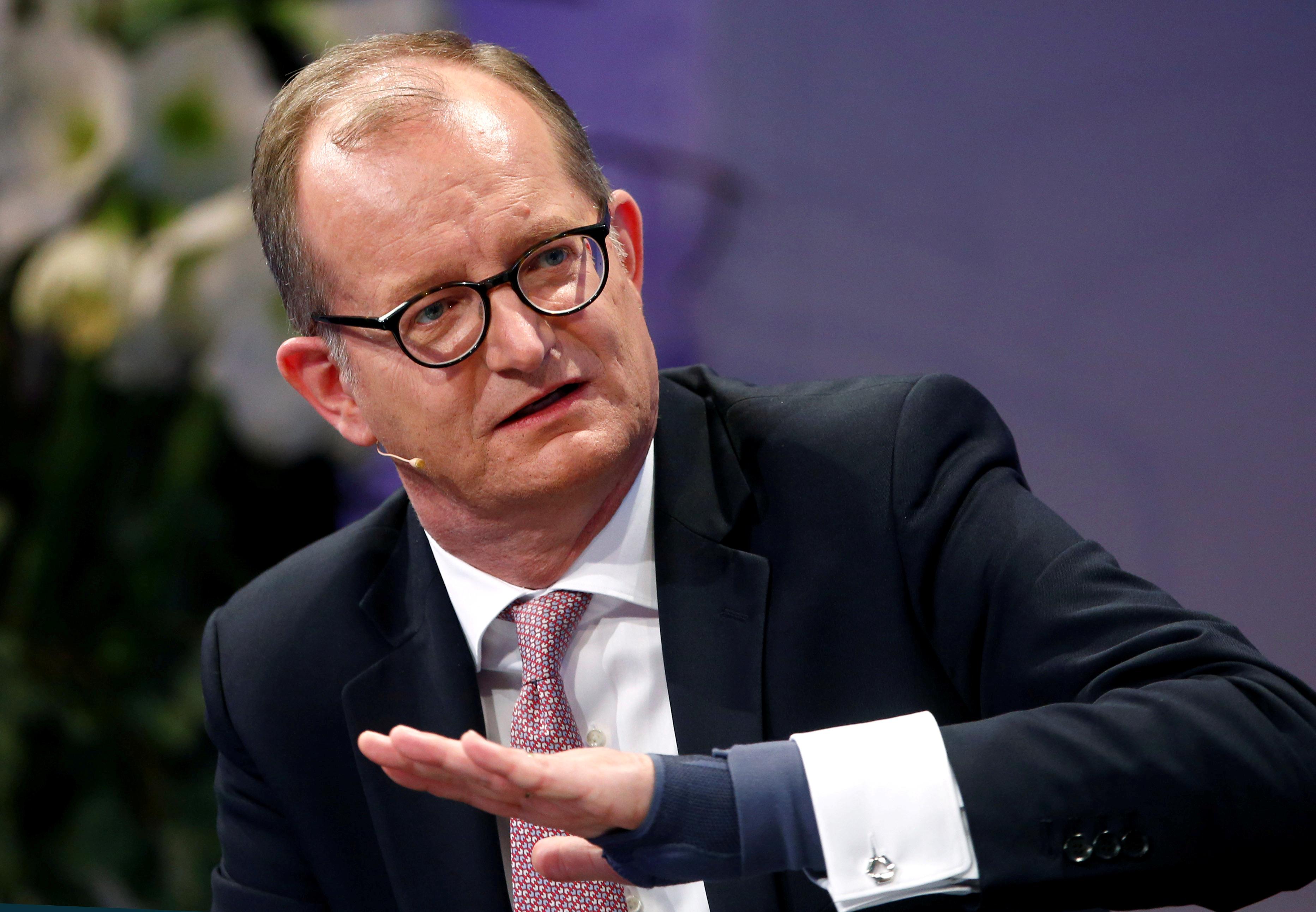 Deutsche said in January that it had received requests for information from regulators and law enforcement agencies that are investigating a money laundering scheme involving Danske Bank.

In the U.S., Congress is also investigating money laundering allegations and the bank’s connections to the U.S. president, who owes the bank at least $130 million dollars.

Deutsche Bank has more than 20 million personal and business customers and Commerzbank around 18 million.